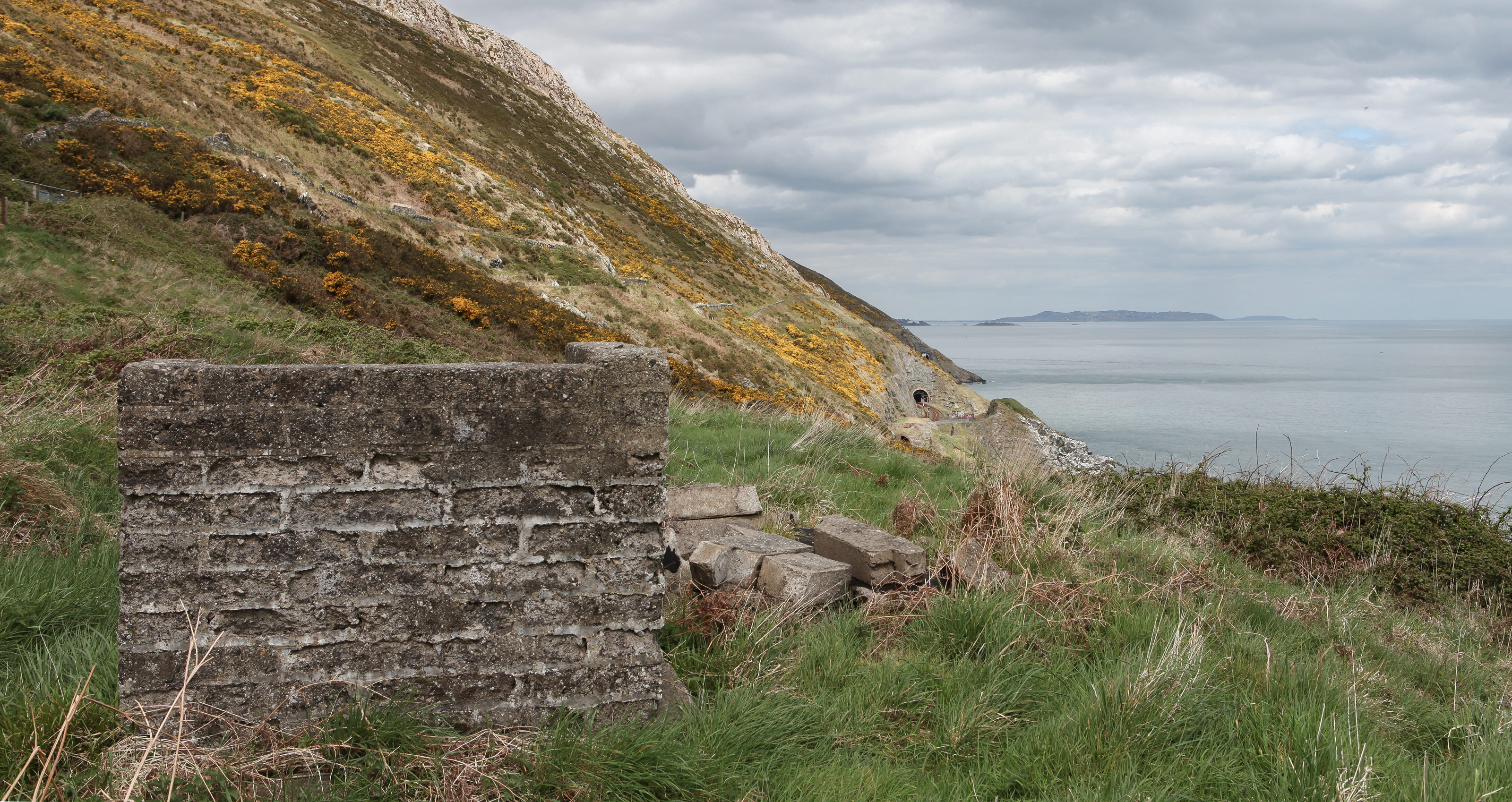 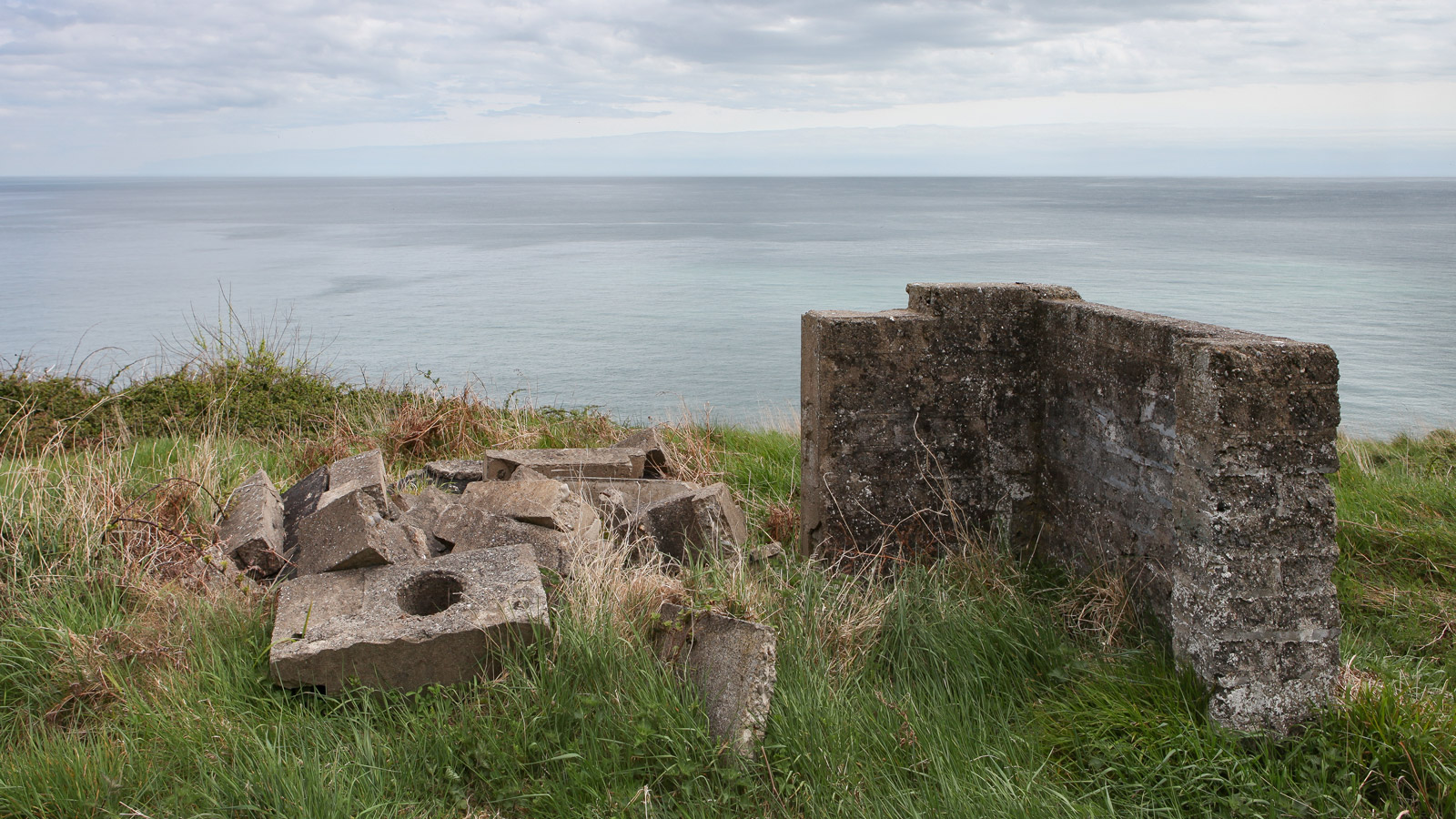 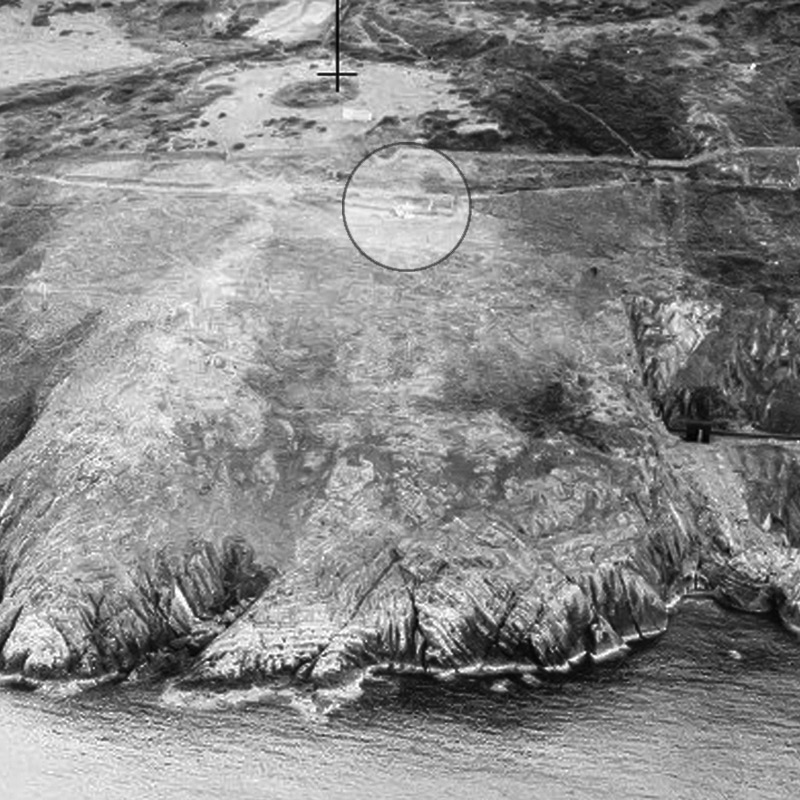 Bray Head This post was located at the Cliff Walk from Bray to Greystone. Today only some collapsed fragments remains to the former lookout post no.8. The coast watchers logbooks complemented the shore observation between Dublins south shore and Greystone. The logbooks can be seen today on the Irish Defence Forces web page militaryarchives.ie. Photographs made in the 1950 by the Irish Air Corps adumbrate the former post at Bray Head. After the ww2 the Eire sign was covered with vegetation but in July 2018 a fire at Bray Head bares the associated Eire sign next to the ruin of the lookout post. Today the sign is restored and visible from the Cliff Walk. 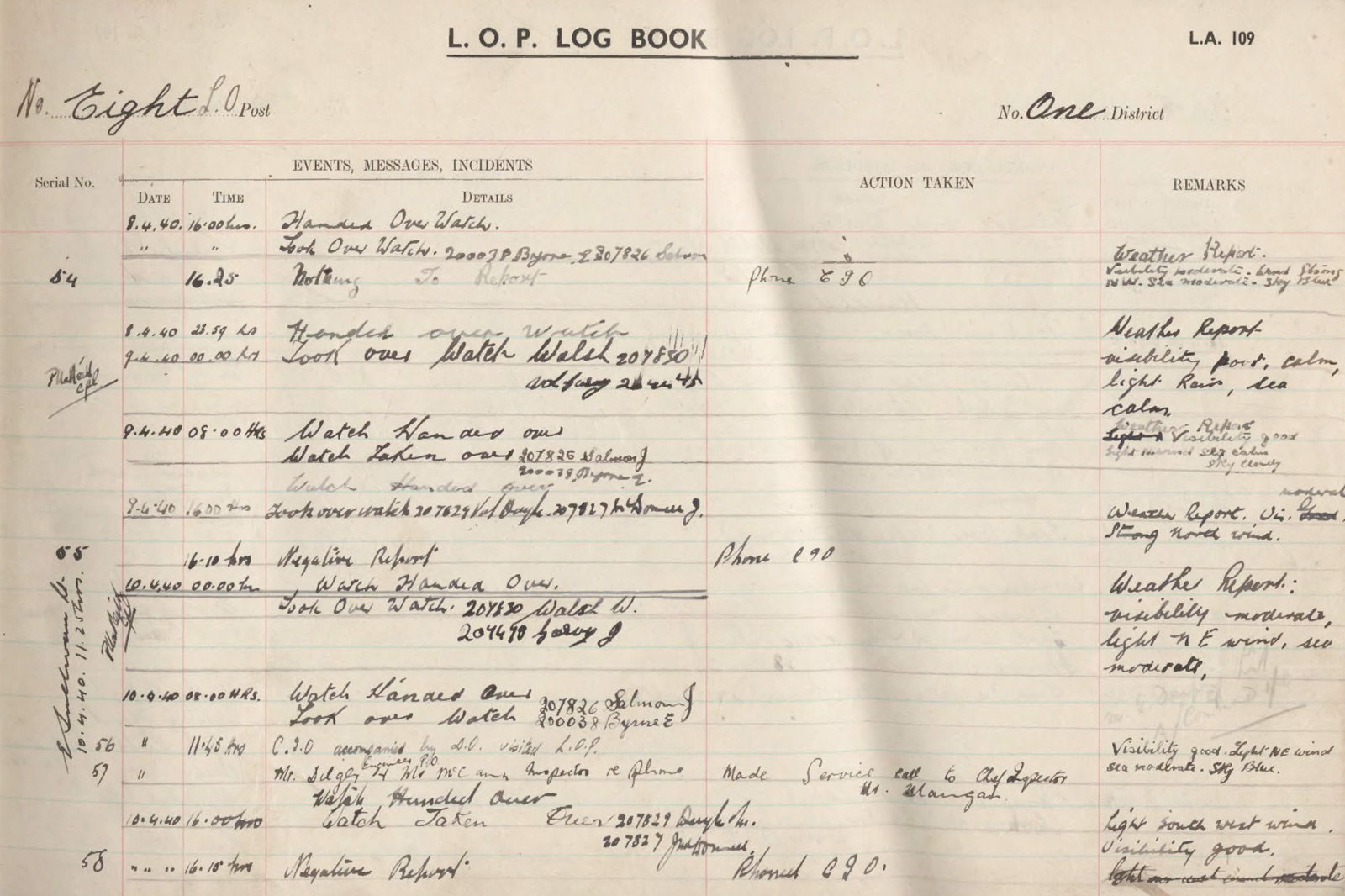