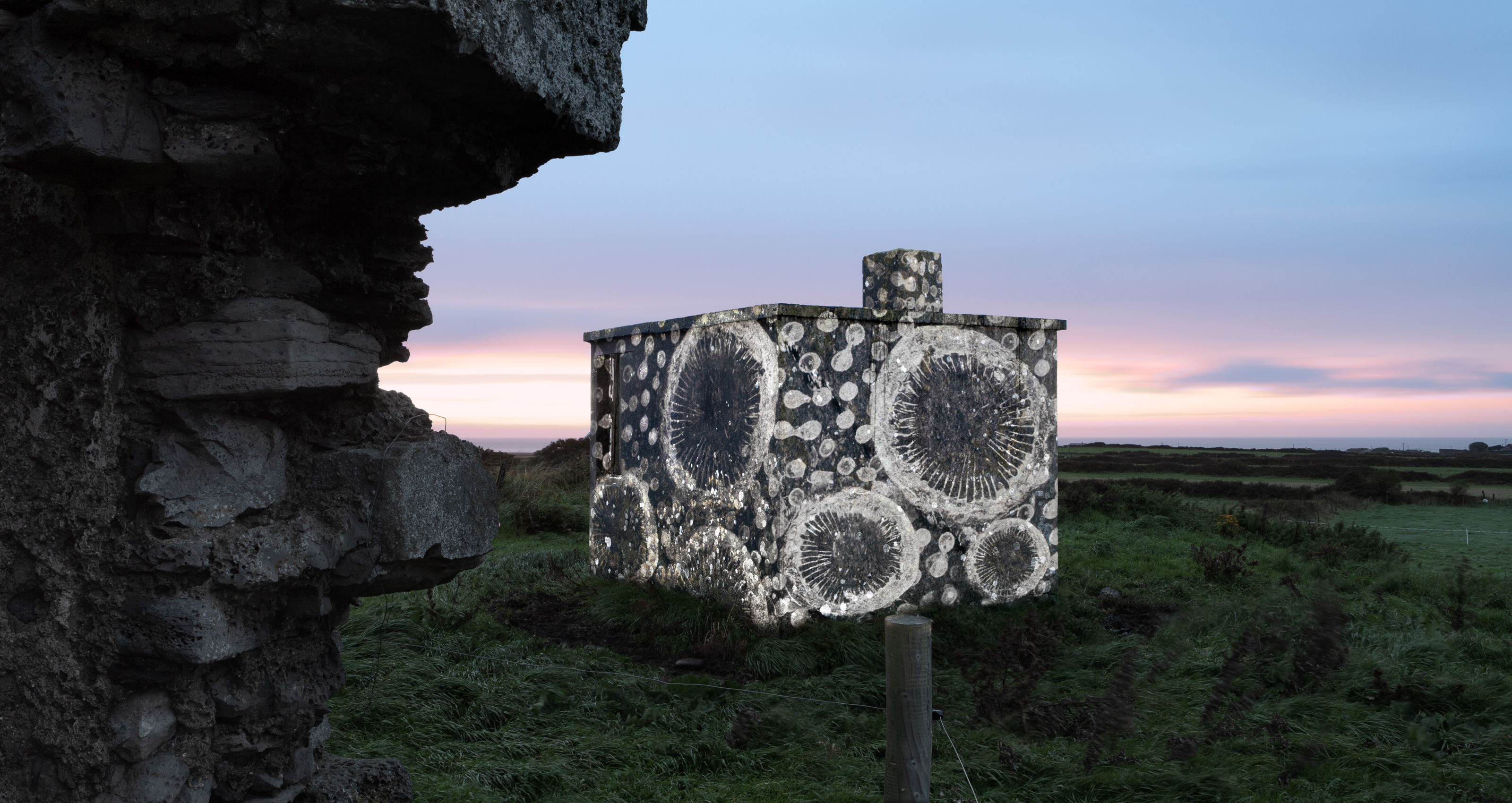 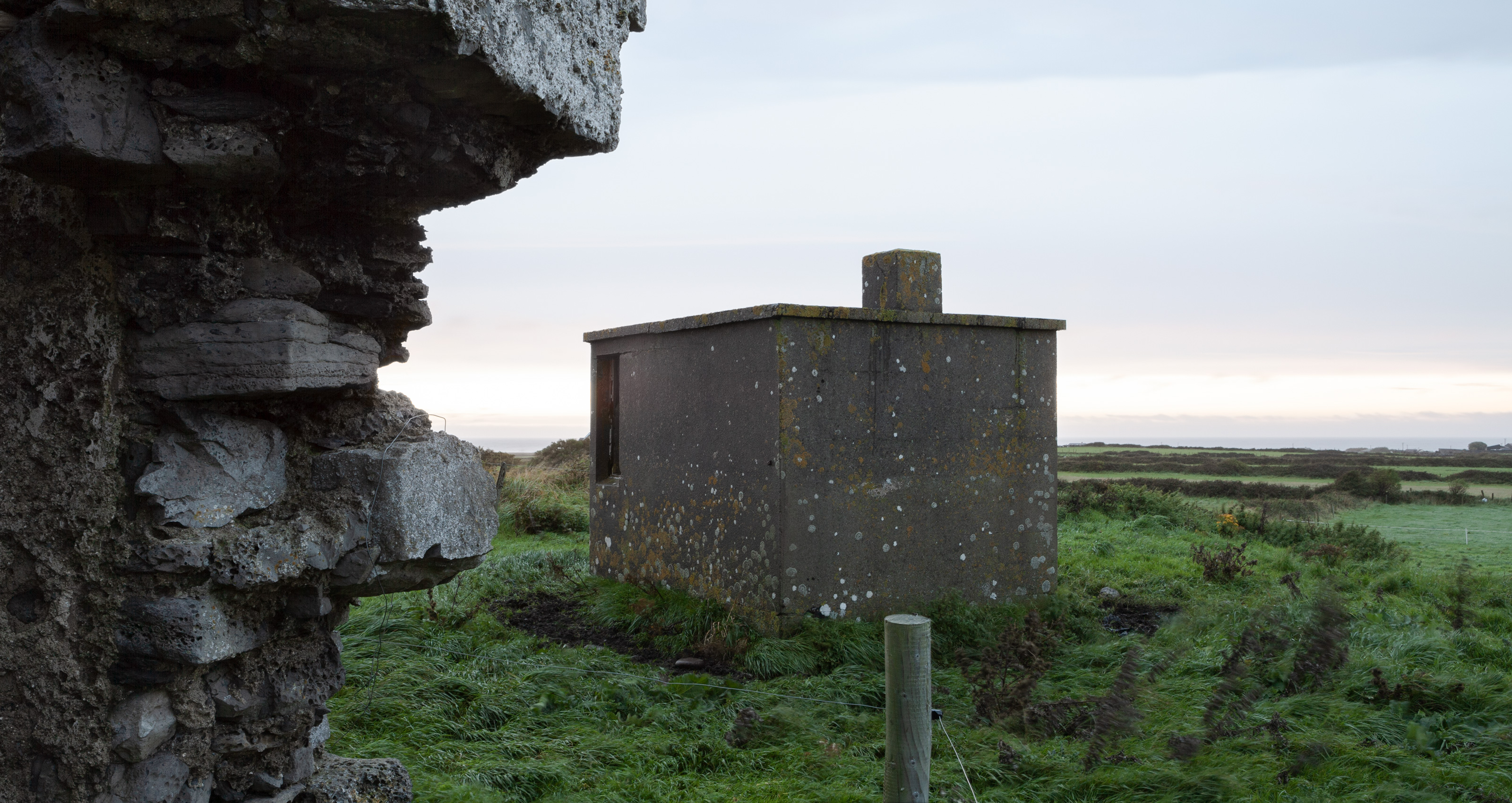 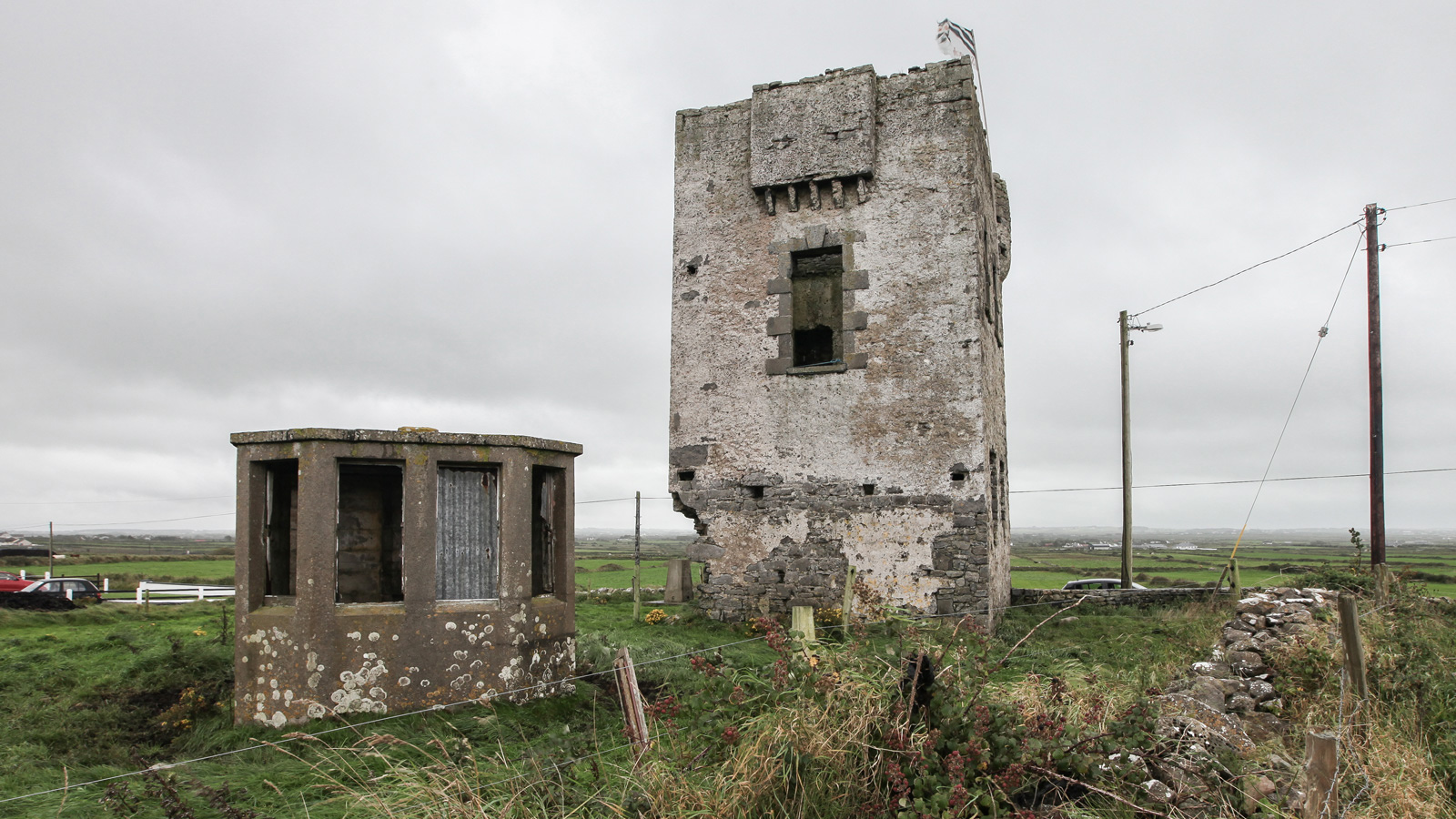 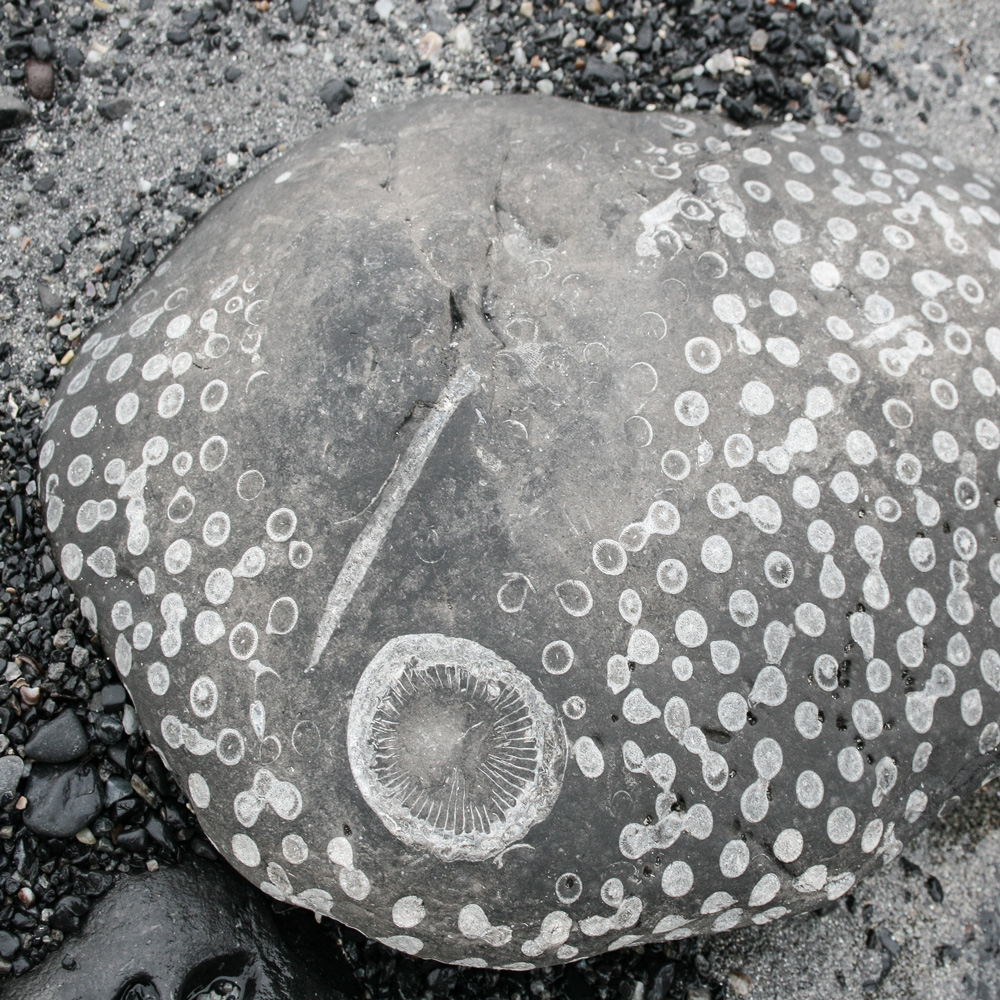 Lenadoon Point The lookout post no.30 is situated in Rathlee close to the ruin of a Napoleonic signal tower. Follow the street to the west shore of Rathlee a rocky beach can be found with a huge accumulation of fossils. Some of those fossils was photographed and adapted to the lookout post by the light projection. The idea behind was find the arrangement of a view angle that combine the different ages of stones in the documentation. On the one hand the projected million years old fossils on the concrete from the ww2, and on the other the stones of the 19th century Napoleonic tower. 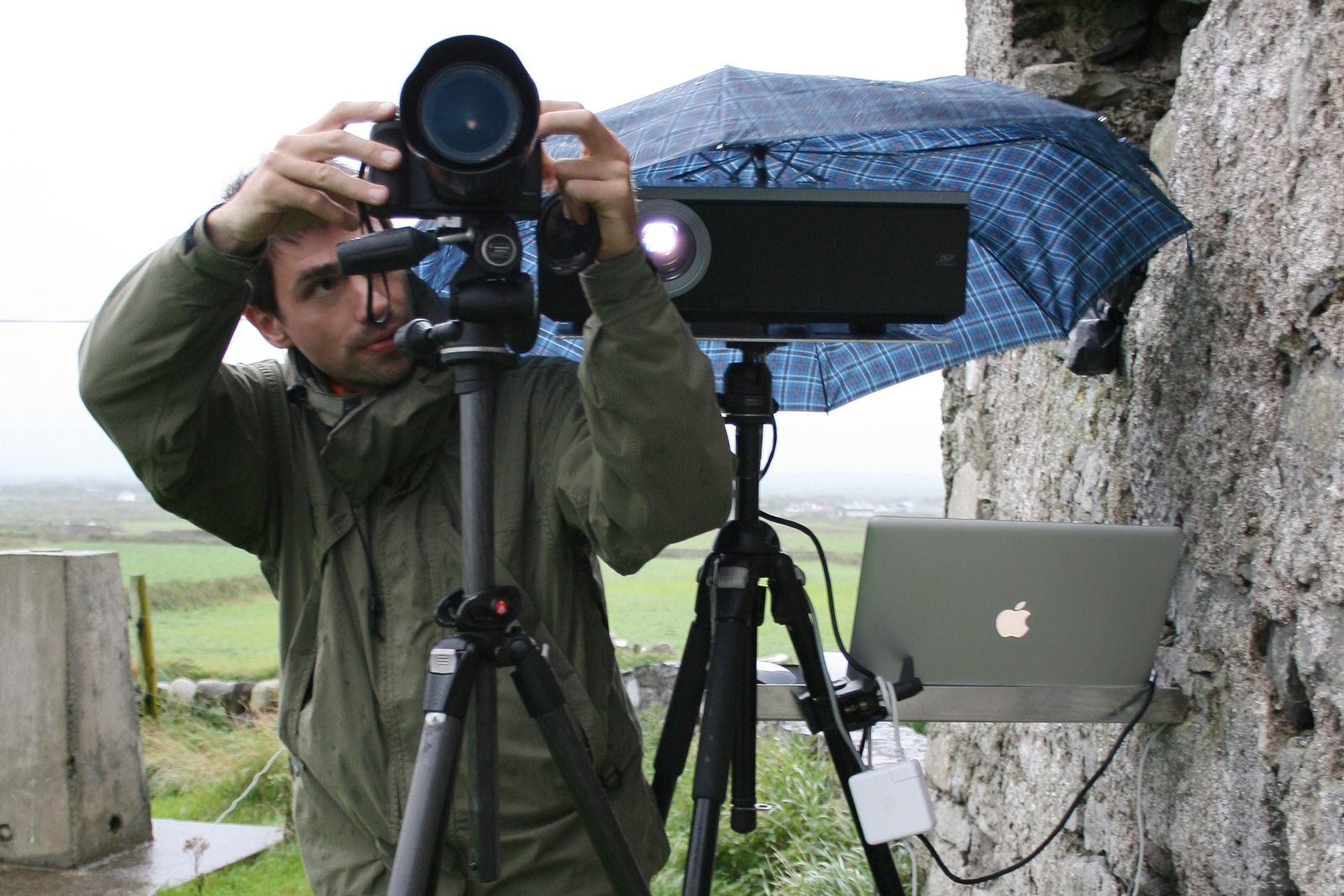