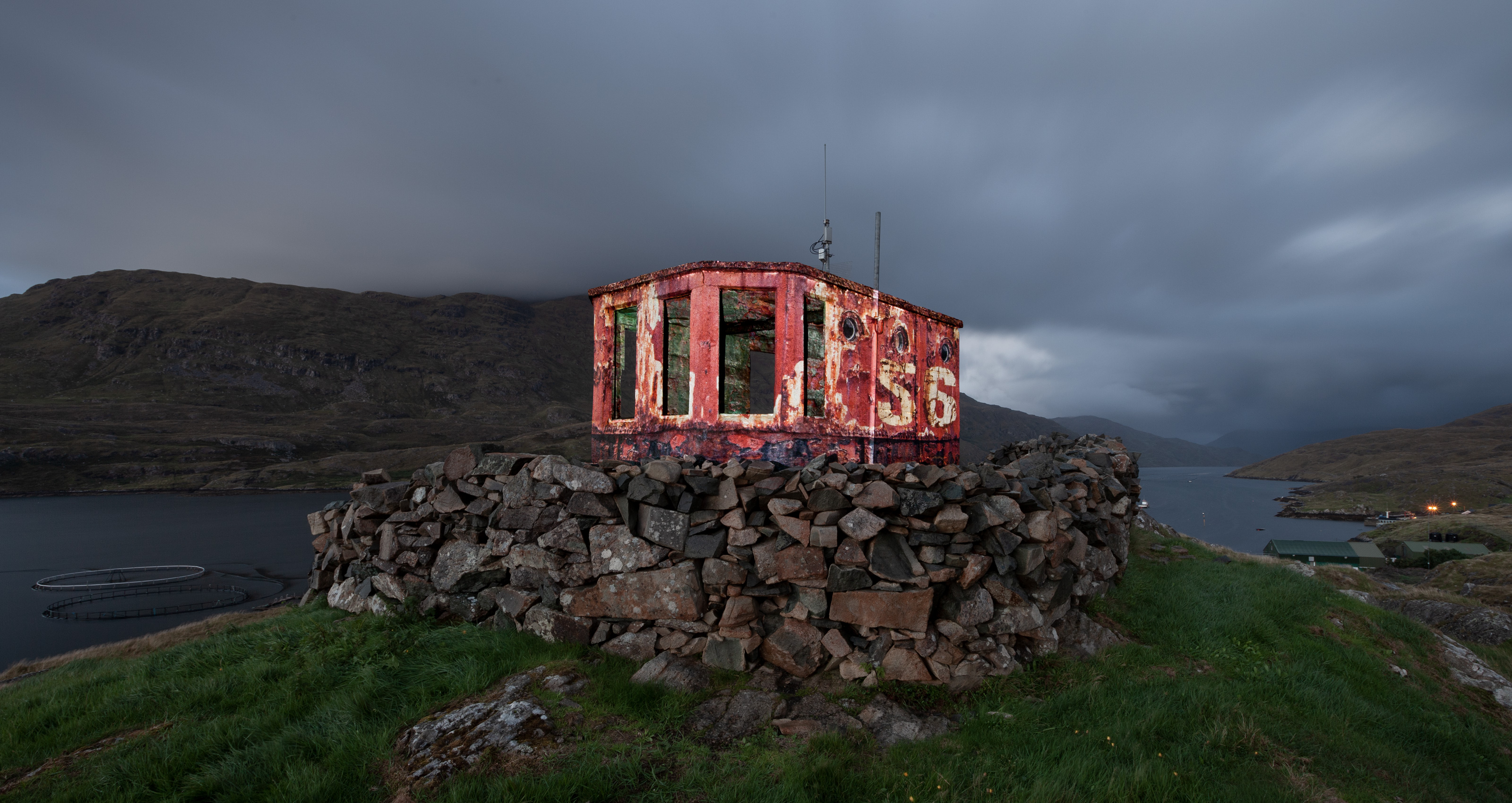 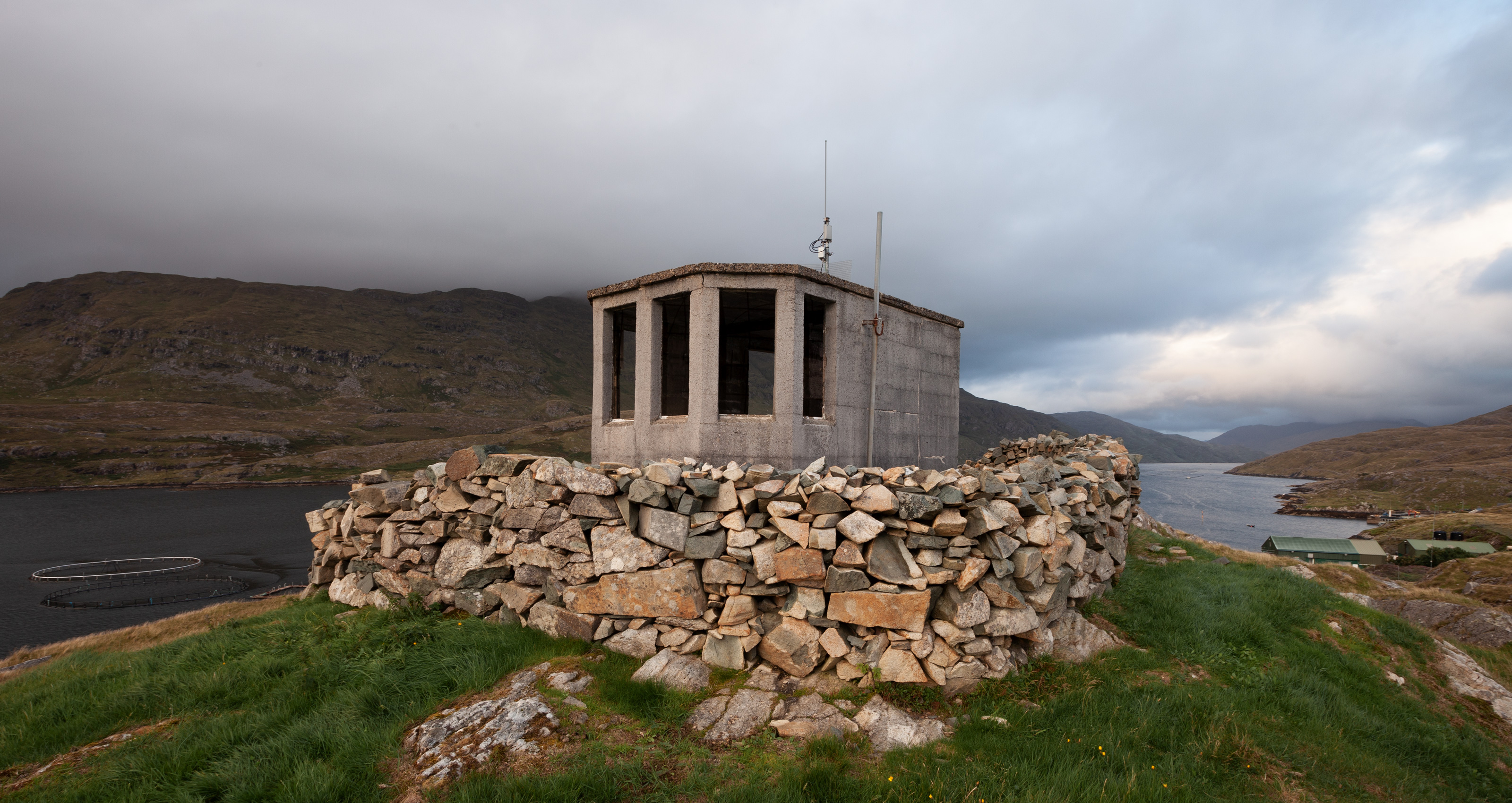 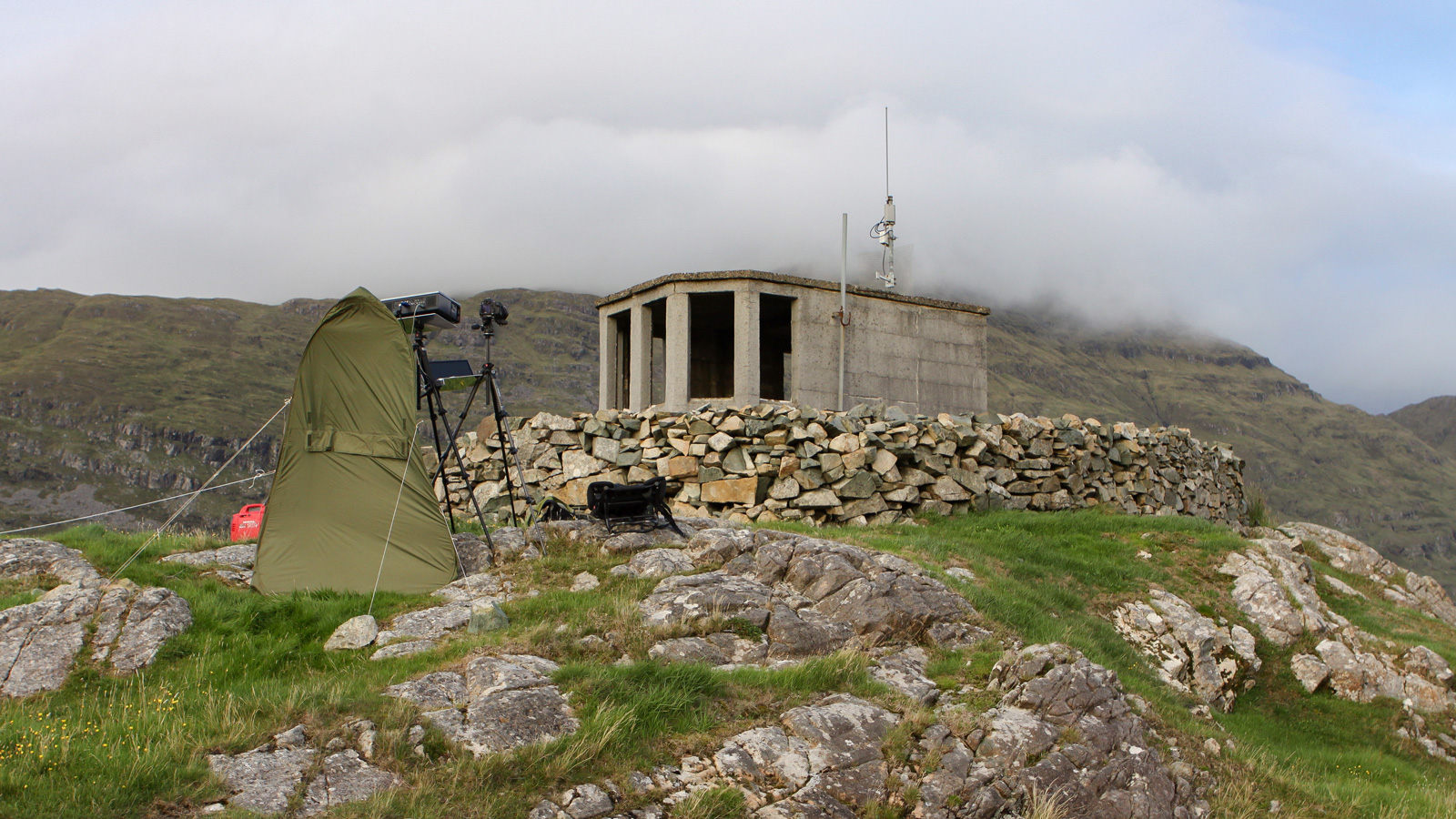 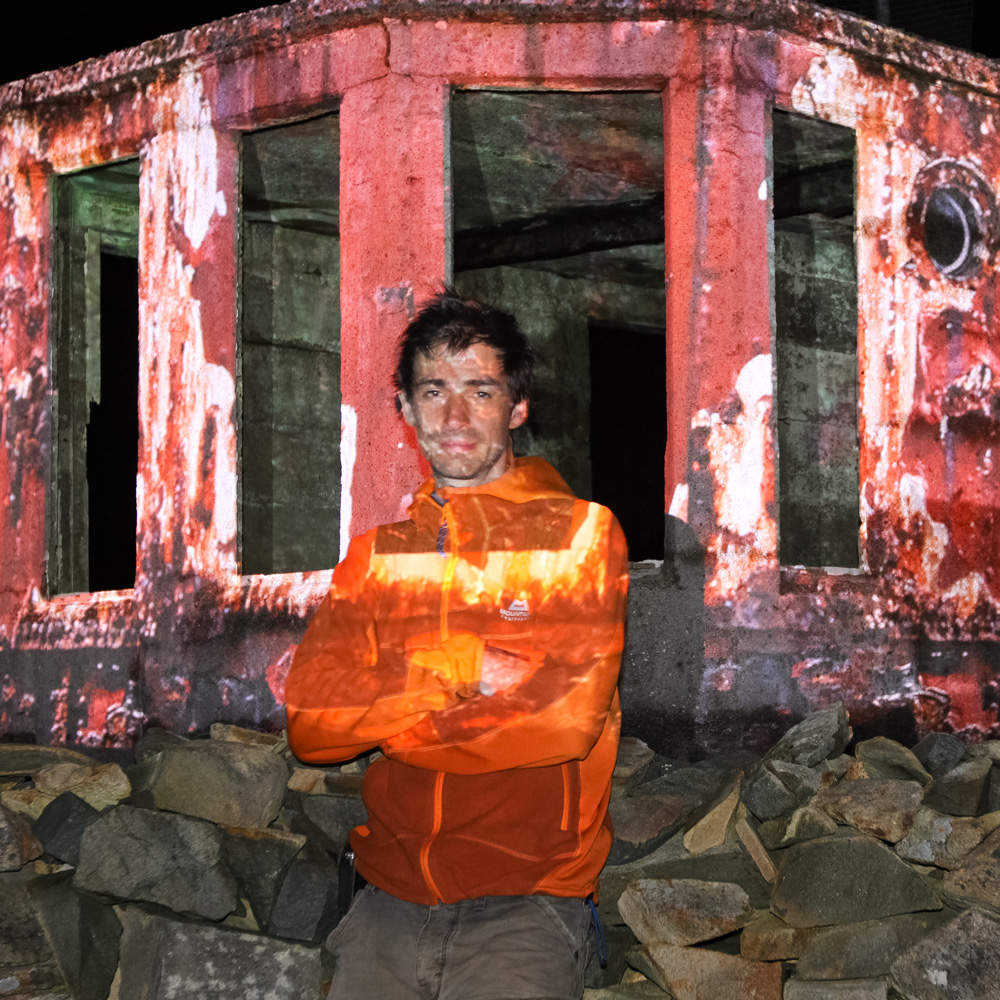 Rossroe The lookout post no.56 is situated close to Killary harbor on the Rossroe peninsular. From here local resident coast watcher observed the shore during the emergency. Today the building is bordered in a stonewall and includes a transmitter station for the marine radio service. At this light projection a rusty structure of the ship wrack Bibroch was adapted on the lookout post. Additional register number of the Lookout was embed in the light design. The wreck of the MV Bibroch lay alongside a pier close to Letterfrack. The MV Bibroch was a clyde puffer build in 1957 and tied up in Letterfrack since 2002. But today nothing remains to wreck any more. 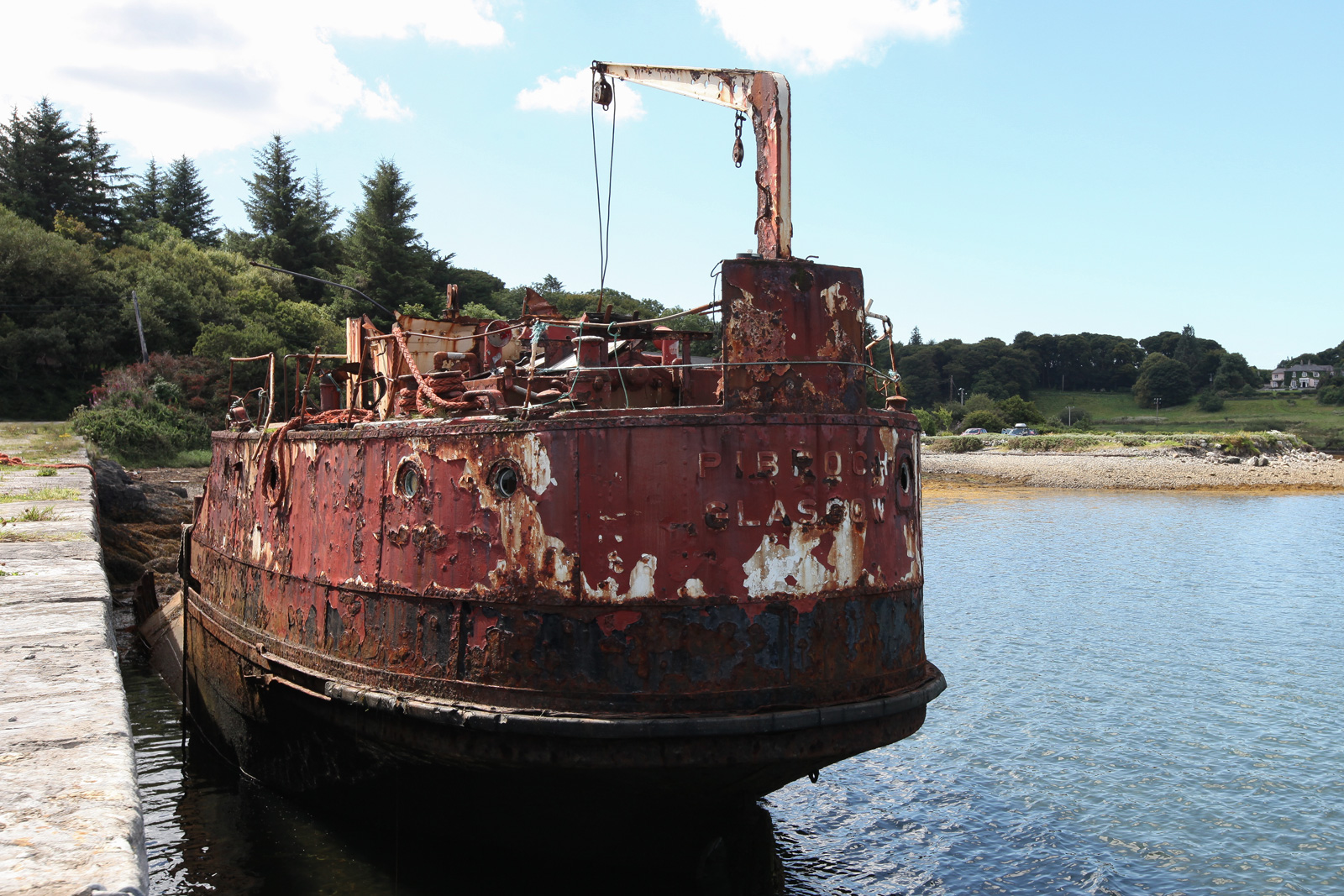