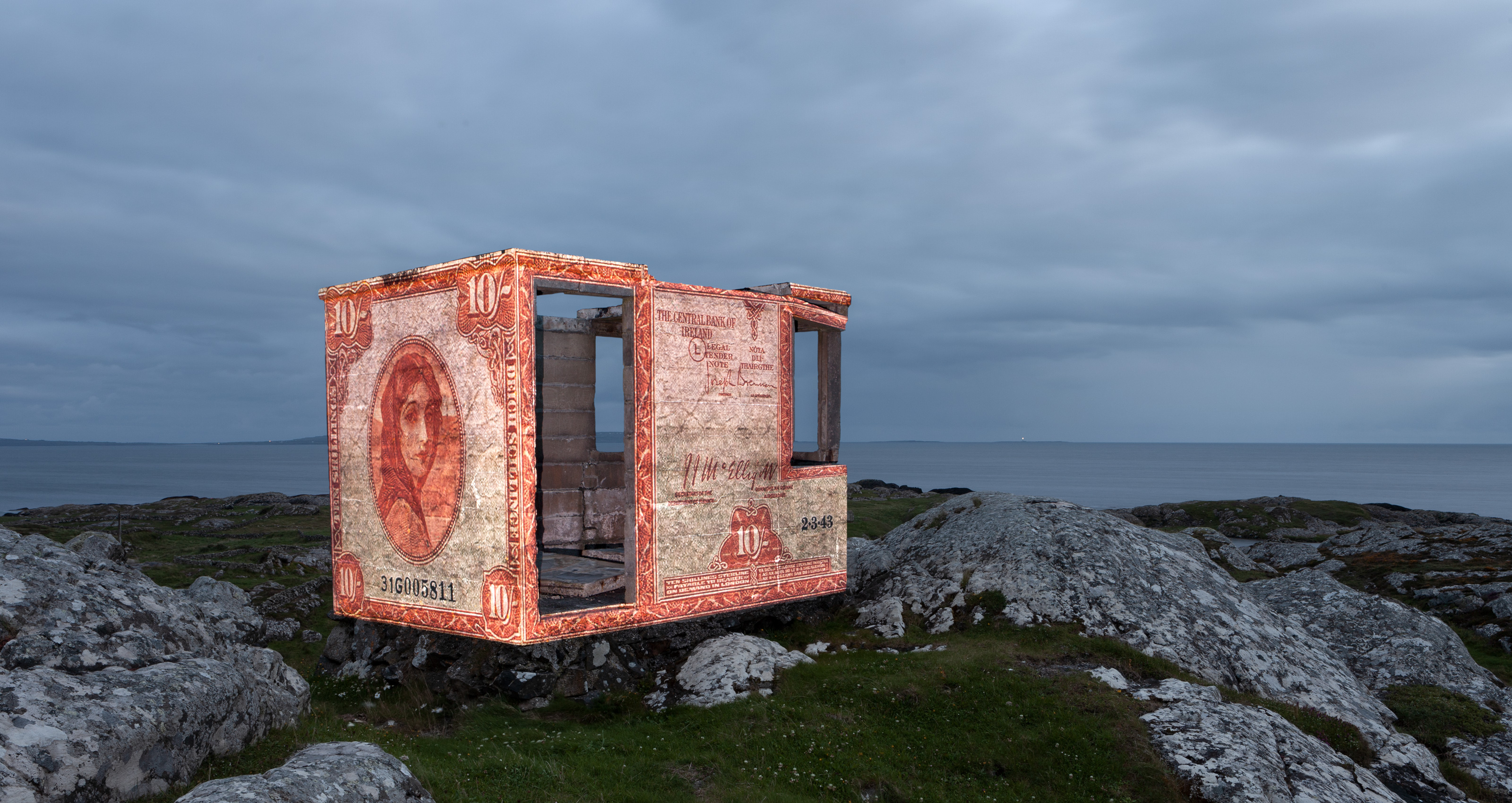 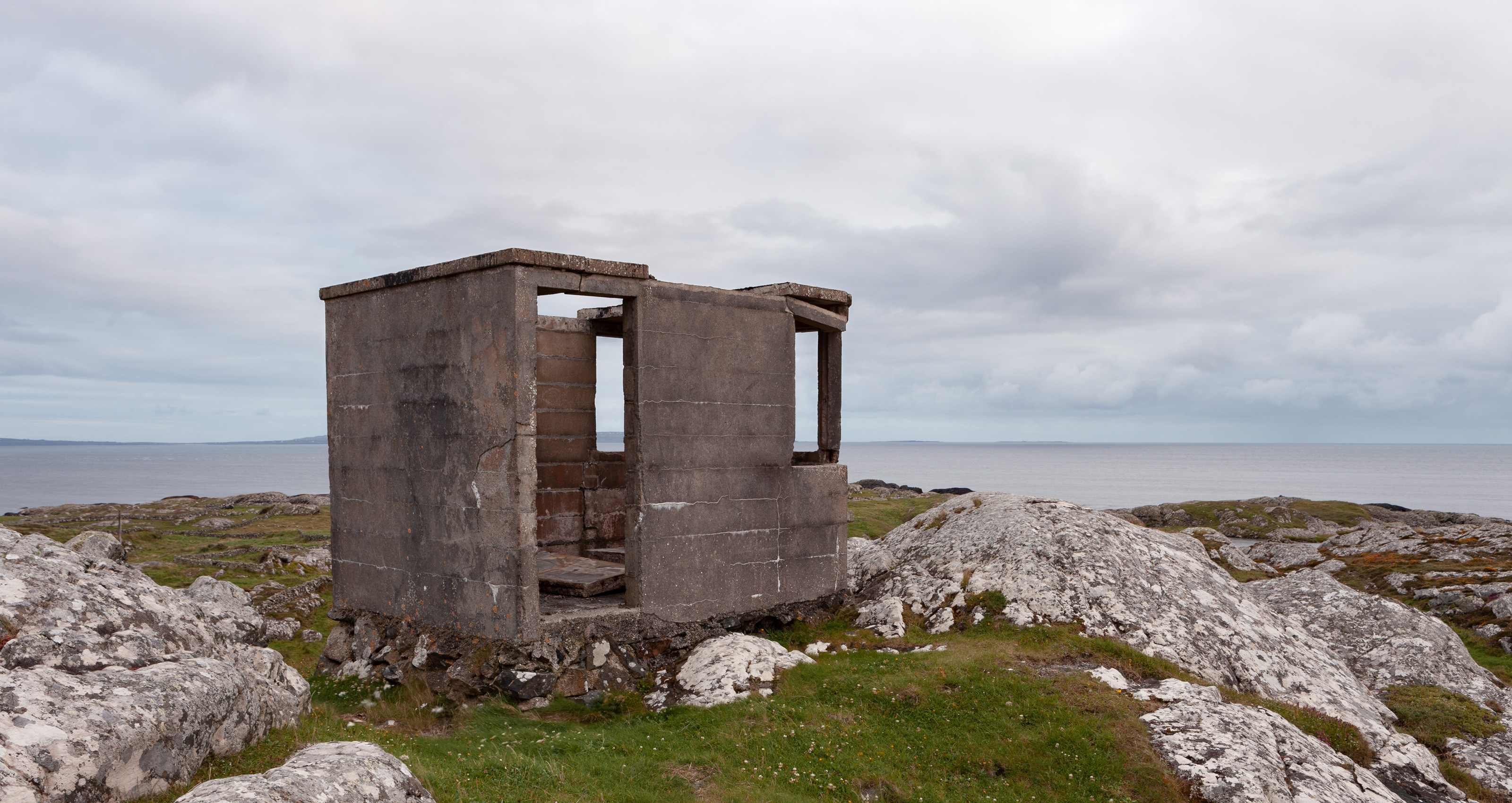 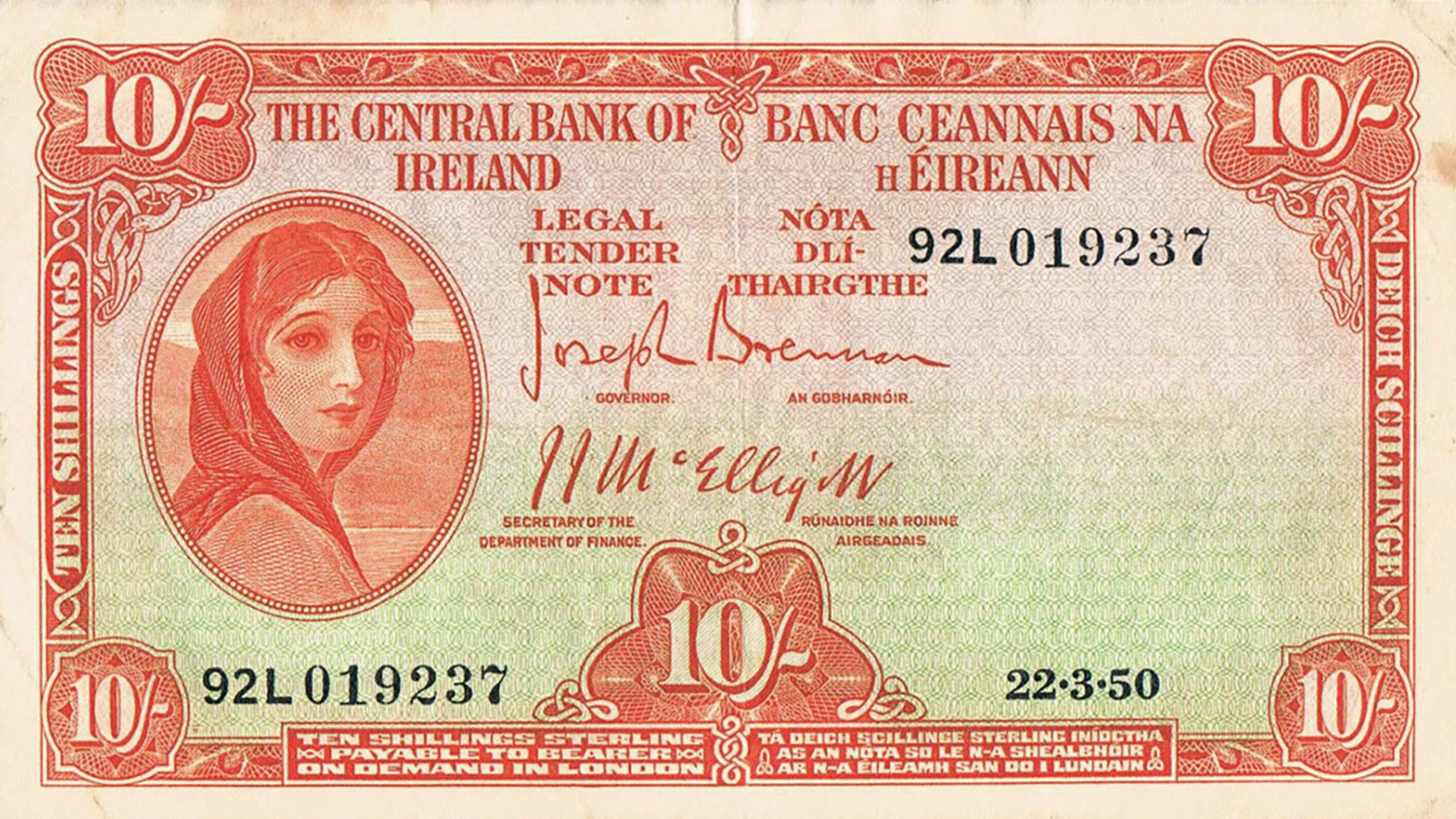 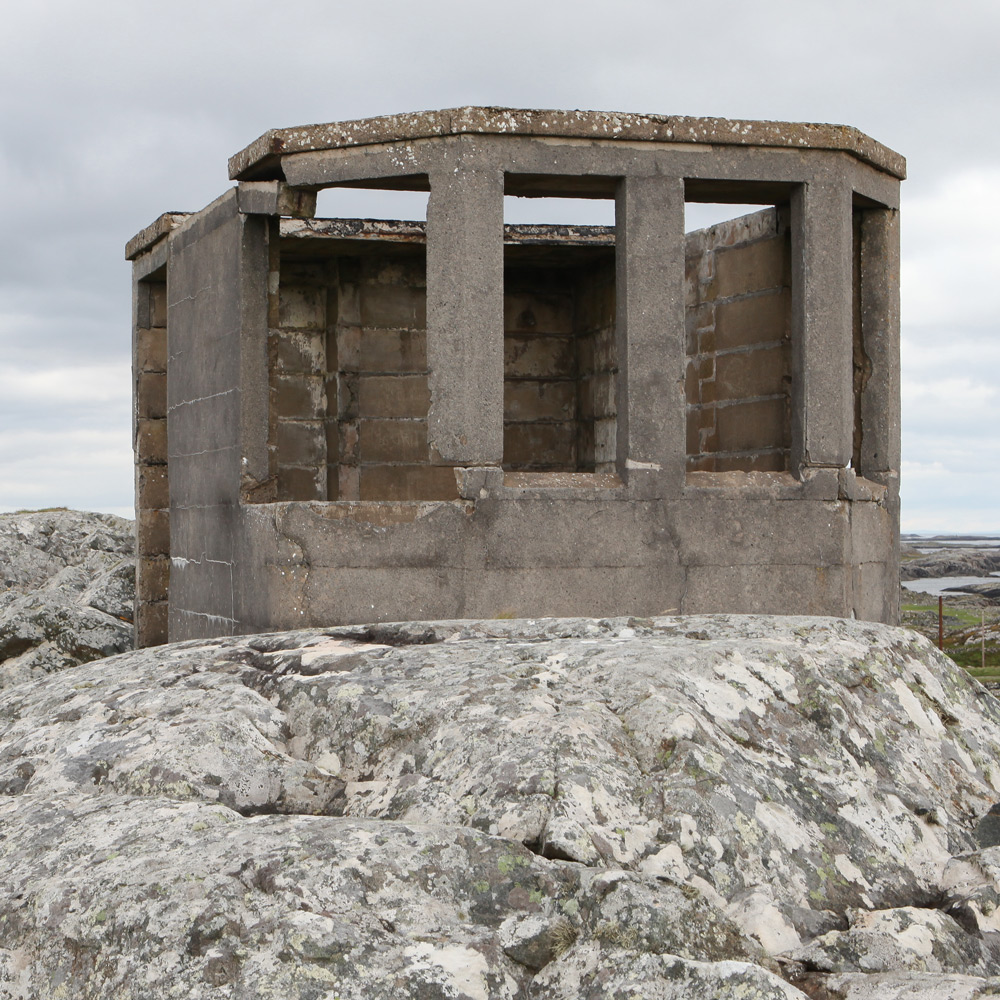 Golam Head The lookout post no.51 is situated at a headland close to Lettermullan. Follow the street to Golam Island the lookout can be found at the end of the street. The building is embed between rocks on a small hill behind a residential house. Today the condition looks that the building could shortly collapsing. For the light projection an Irish 10 shilling note was adapted on the building structure. The banknote was used in Ireland between 1928 and 1977 and shows the portrait of “Lady Lavery”. In addition the inside walls of the lookout post were softly highlighted with the projection light. 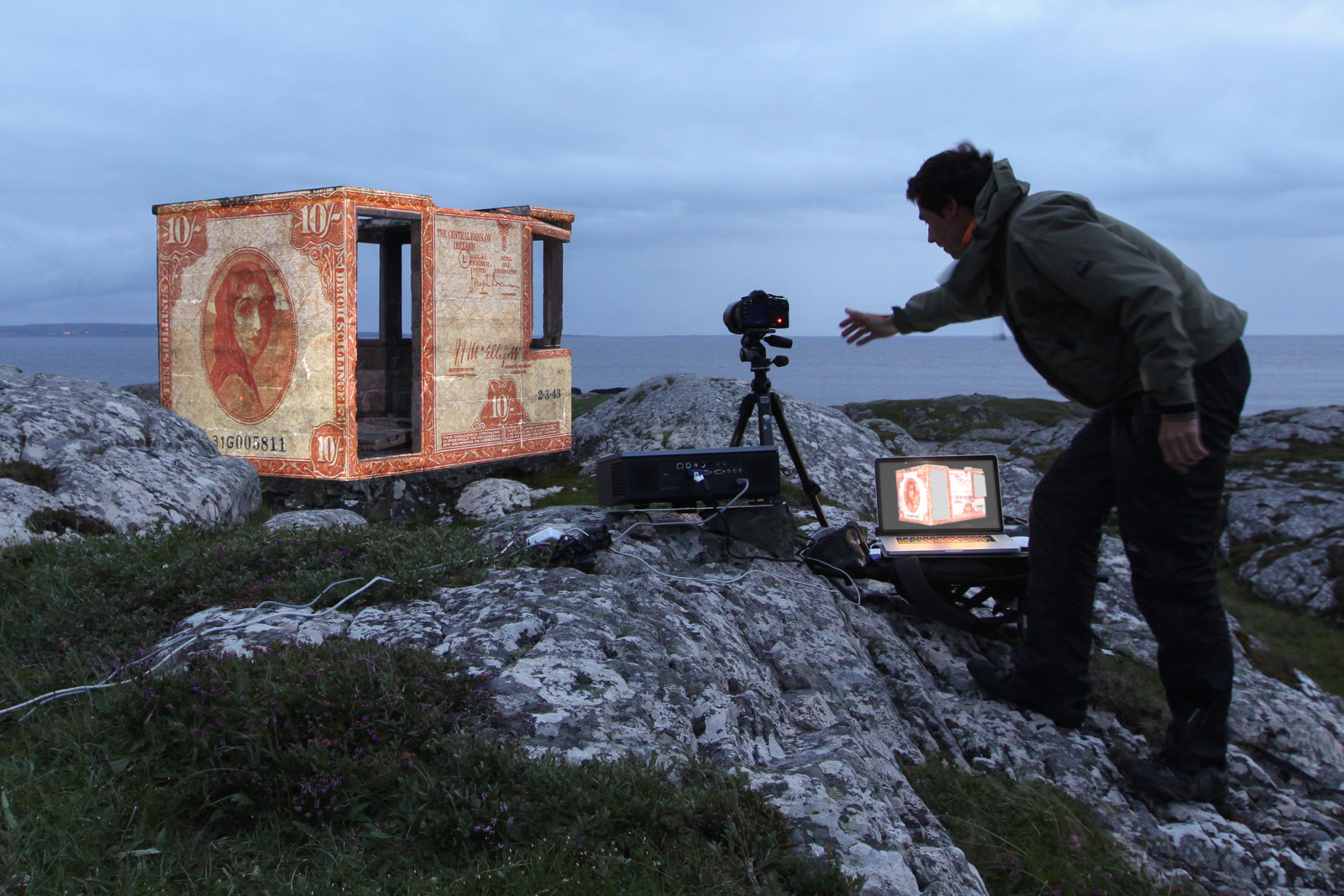