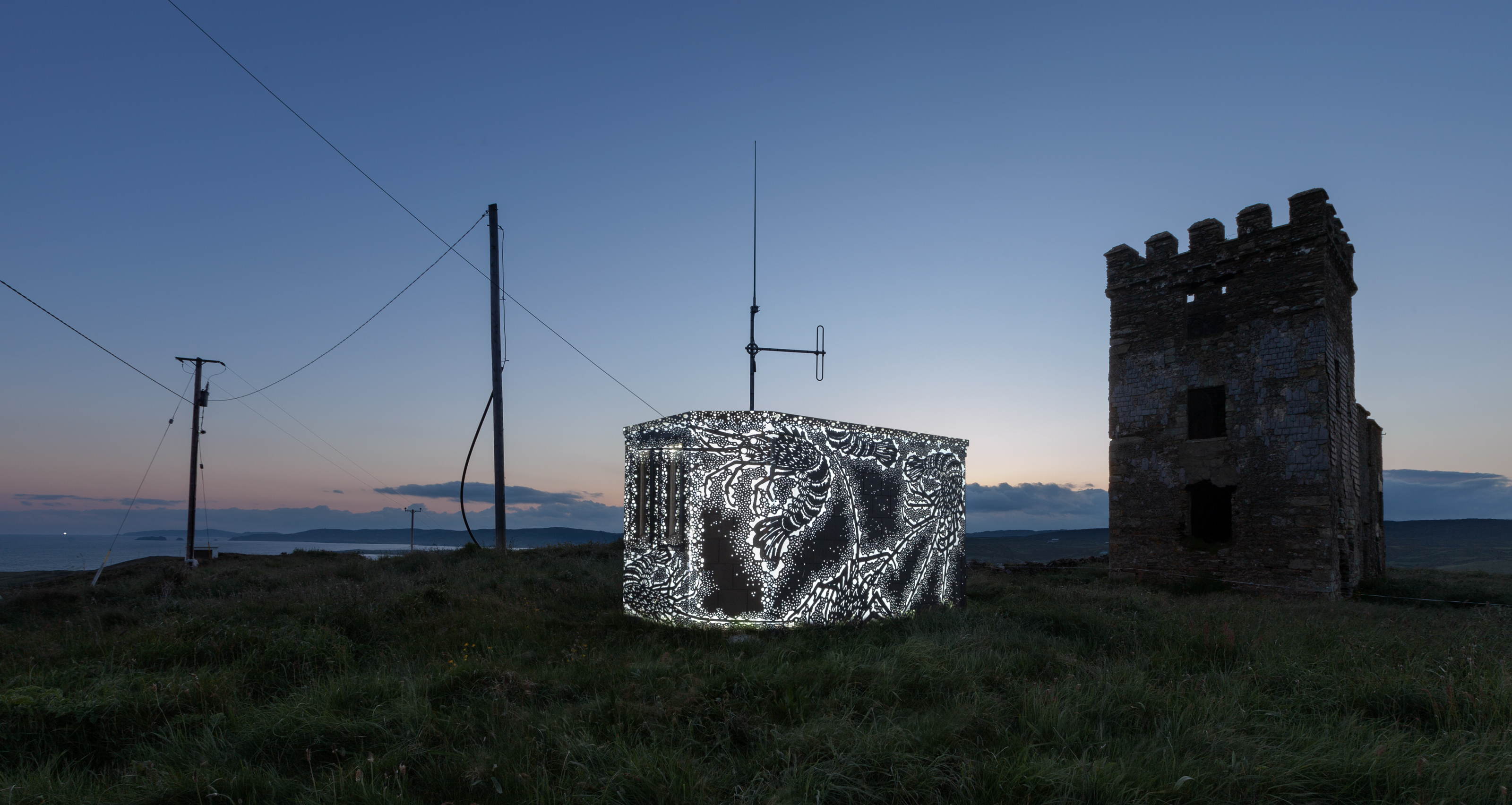 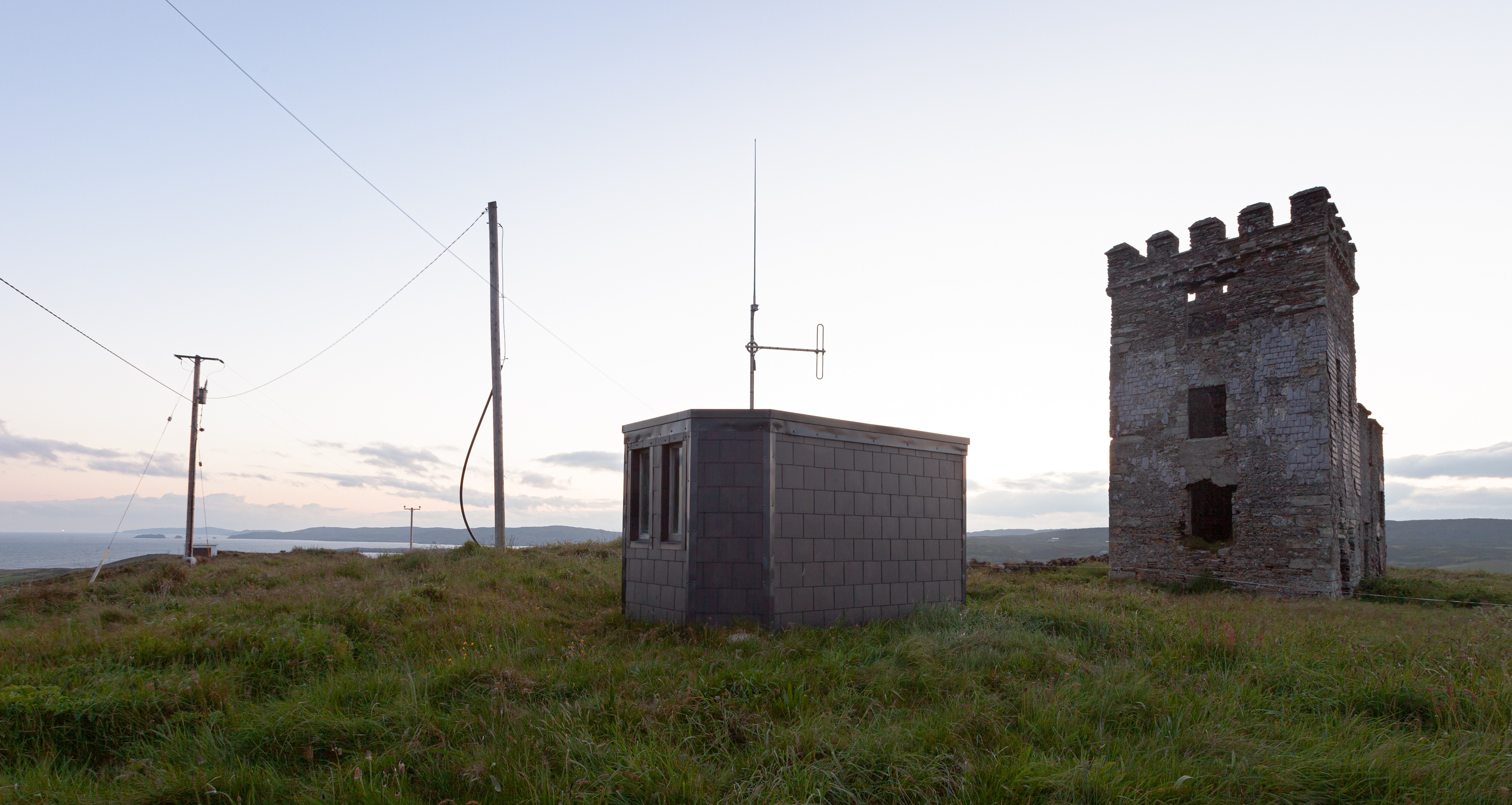 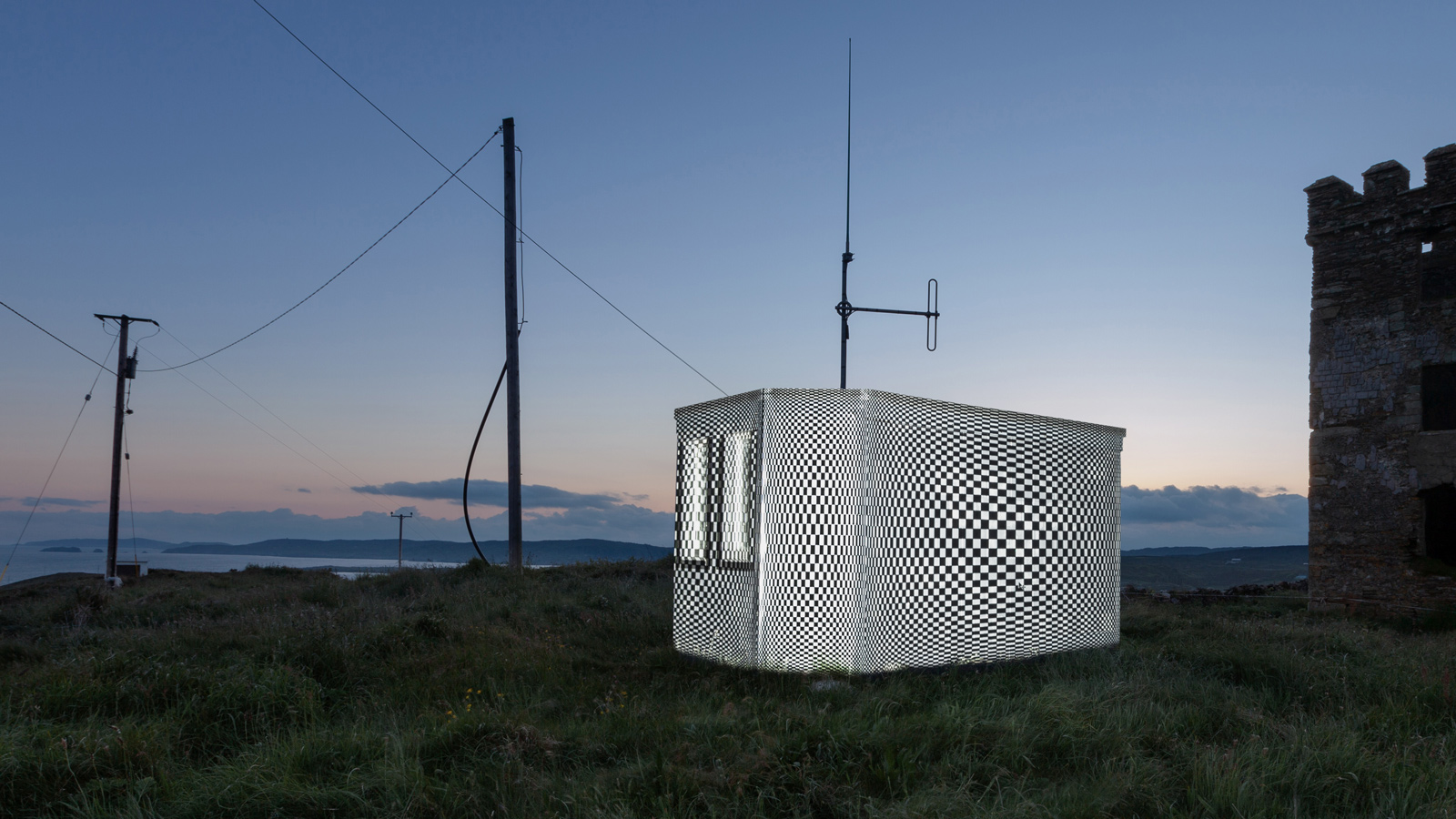 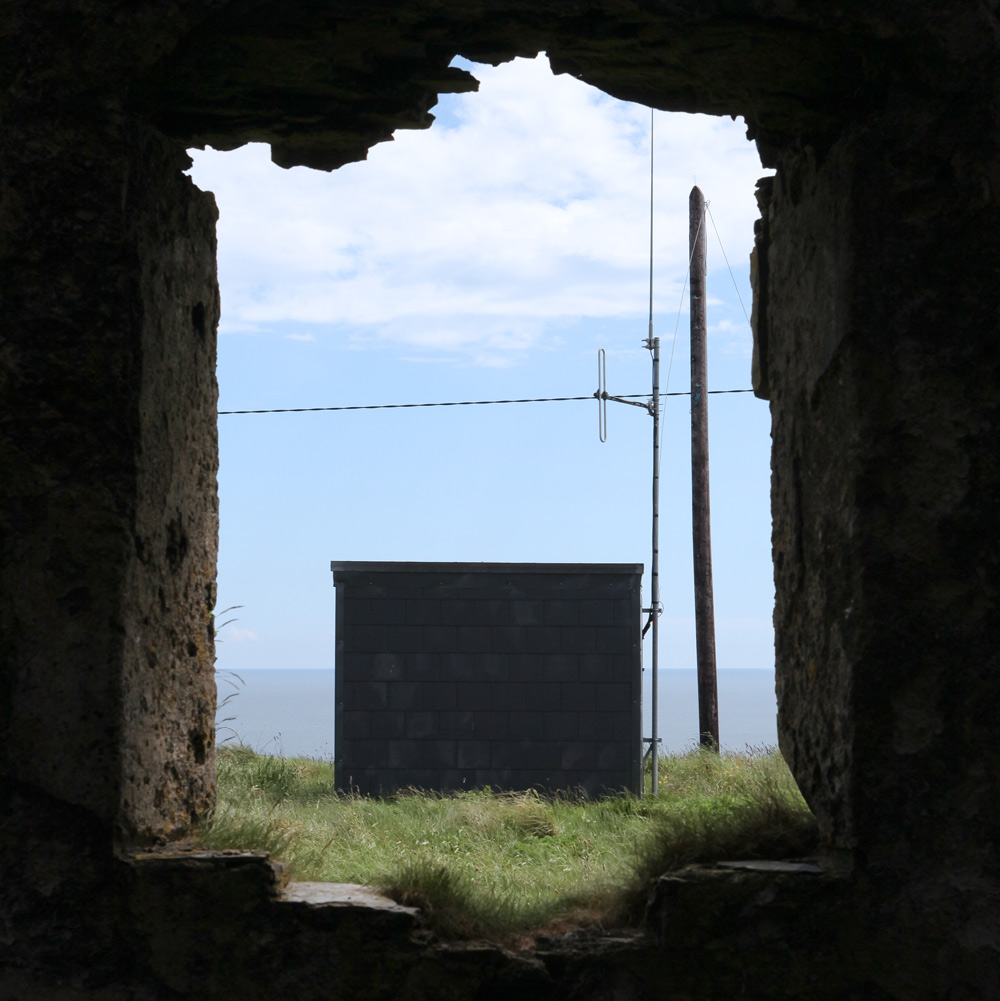 Toe Head On the Toe Head peninsula the lookout post no.28 is located in front of a 19th century signal tower. Today the lookout post has the function of a marine radio service with an electric power connection and a radio transmission antenna. The building is covered with schist and until the two middle windows all other windows are walled up. The armored appearance of the structure and the antenna reminds to a crustacean. That gave the inspiration to adapt a crustacean image on the building at this a light projection.  Depending the black surface of the structure it was necessary to work with black and white projection layers late in the twilight of down. 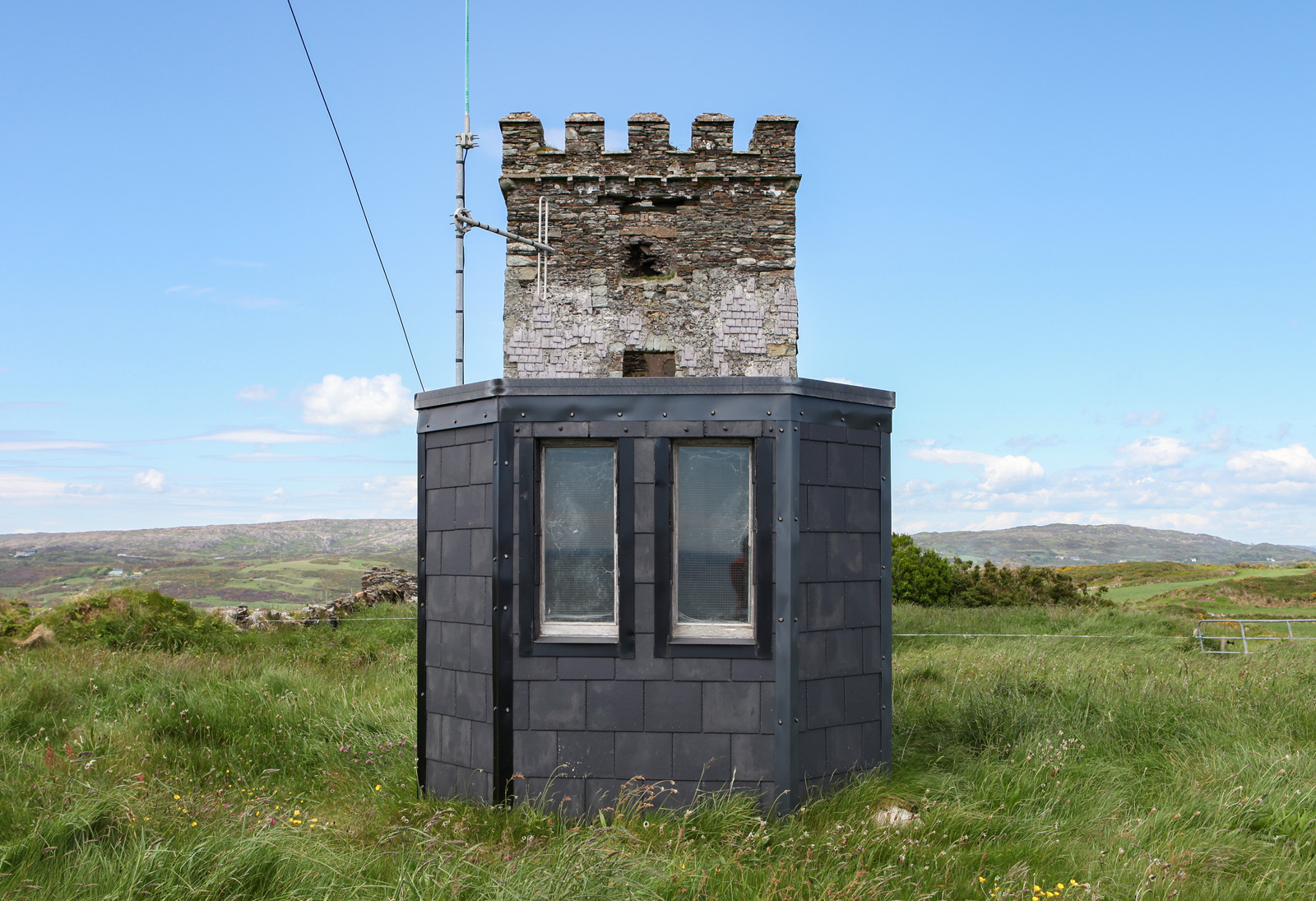