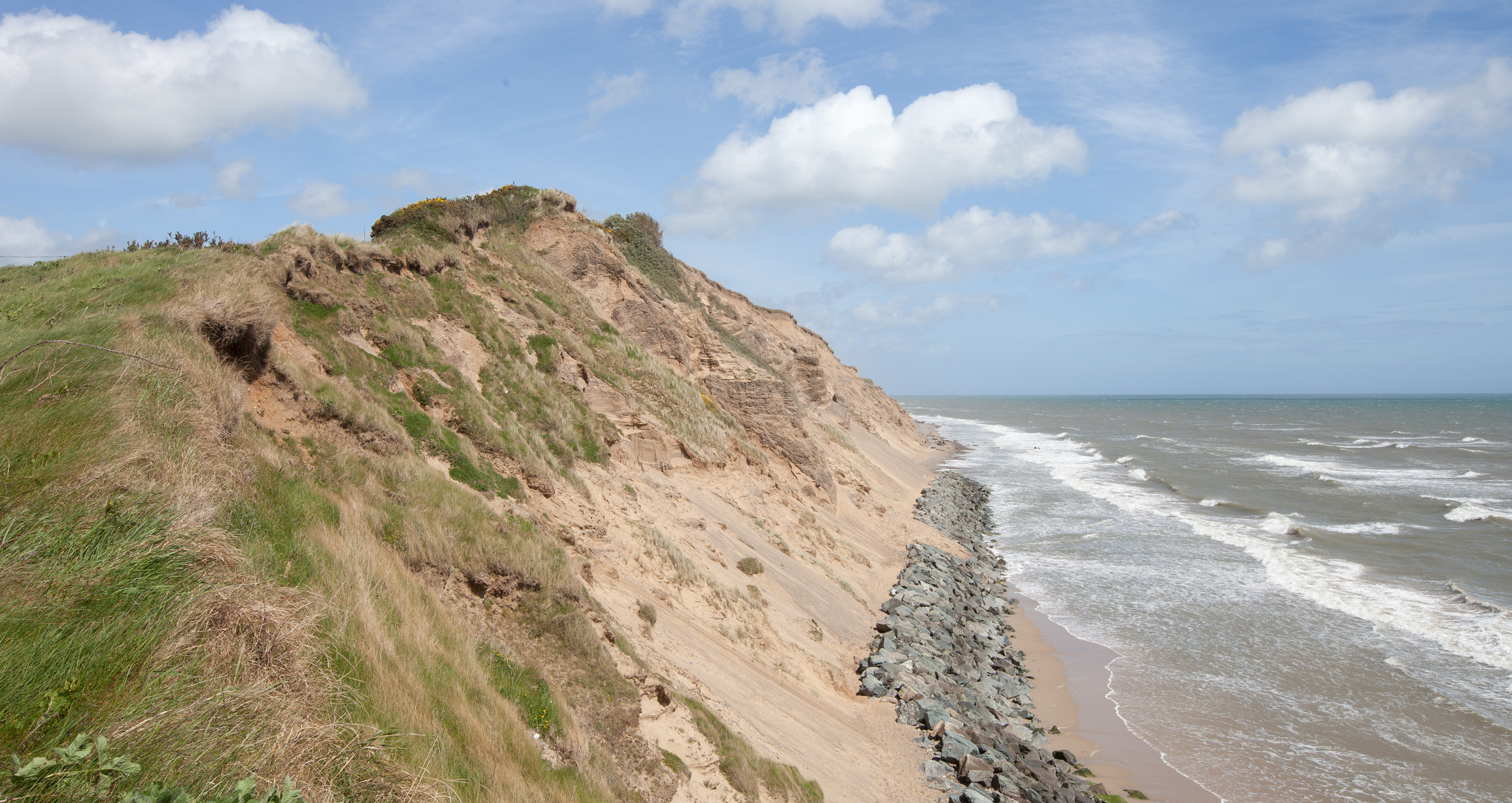 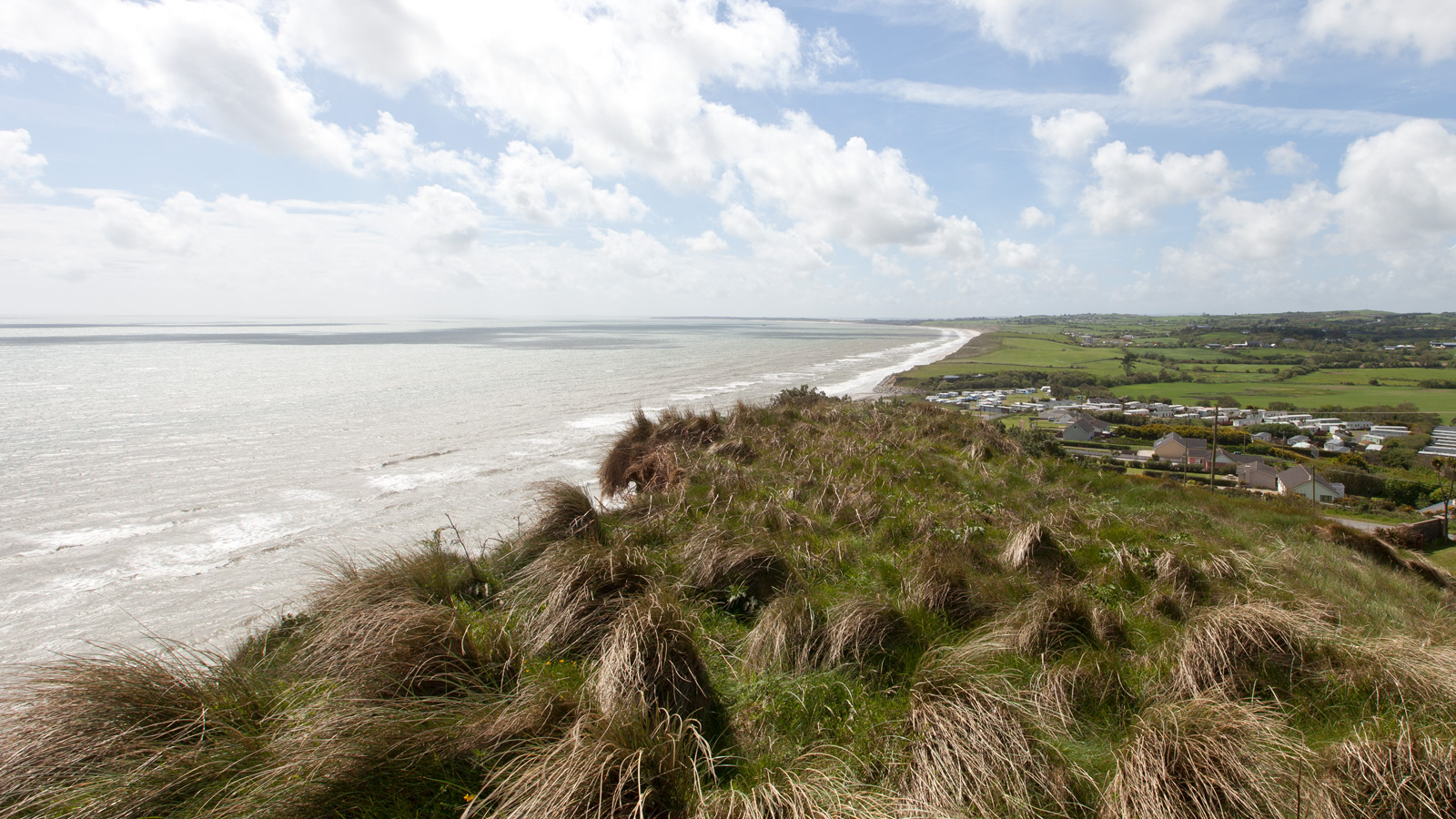 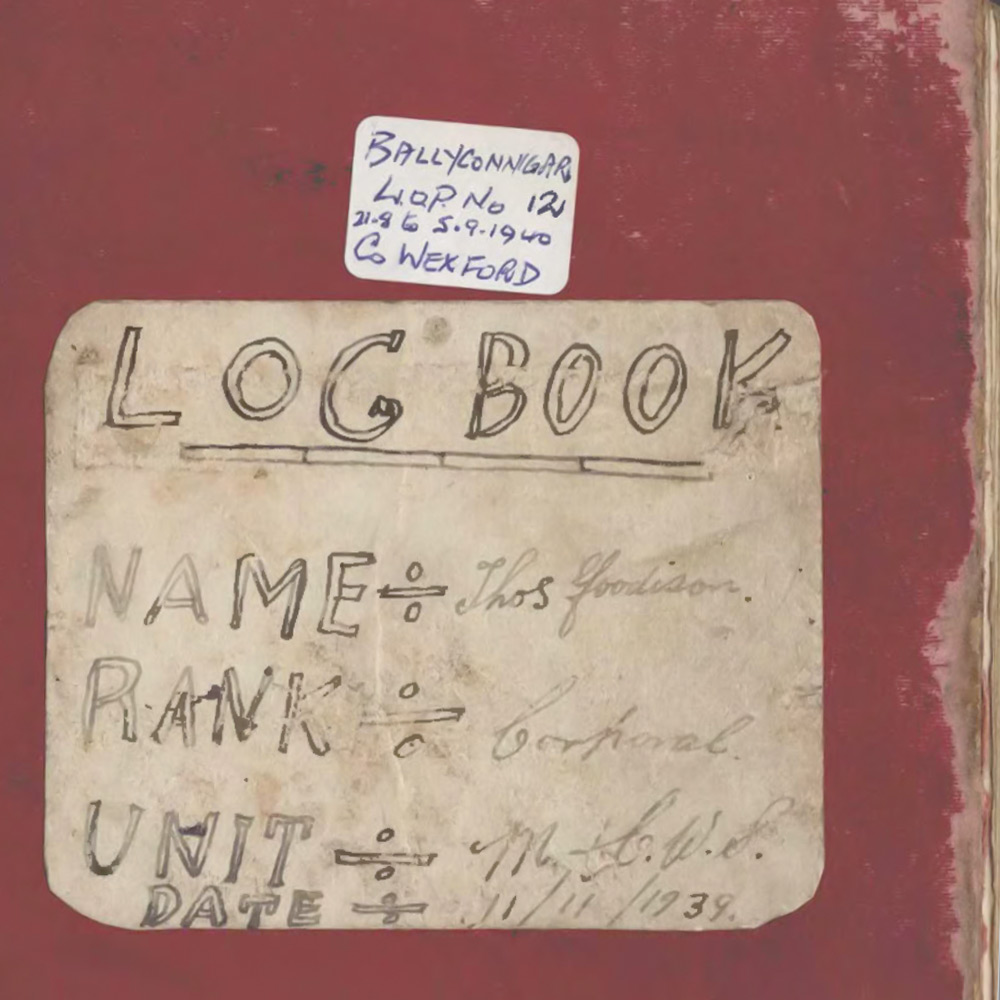 Ballyconnigar Hill Today nothing remains to the lookout post no.12. The building is collapsed in the sea while the sandy hill was washed out in last decades. The Wexford shore between Cahore and Curracloe suffers by the strong erosion engendered of the storms coming from the sea. The former post was built at the highest point called Ballyconnigar Hill. Mostly local people worked here as coast watcher and reported the military activities in the air and by the sea. Their entry´s in logbooks are contemporary witnesses of the coast observation from this point. The logbooks are open for public today and can be seen on the Irish Defence Forces web page militaryarchives.ie. 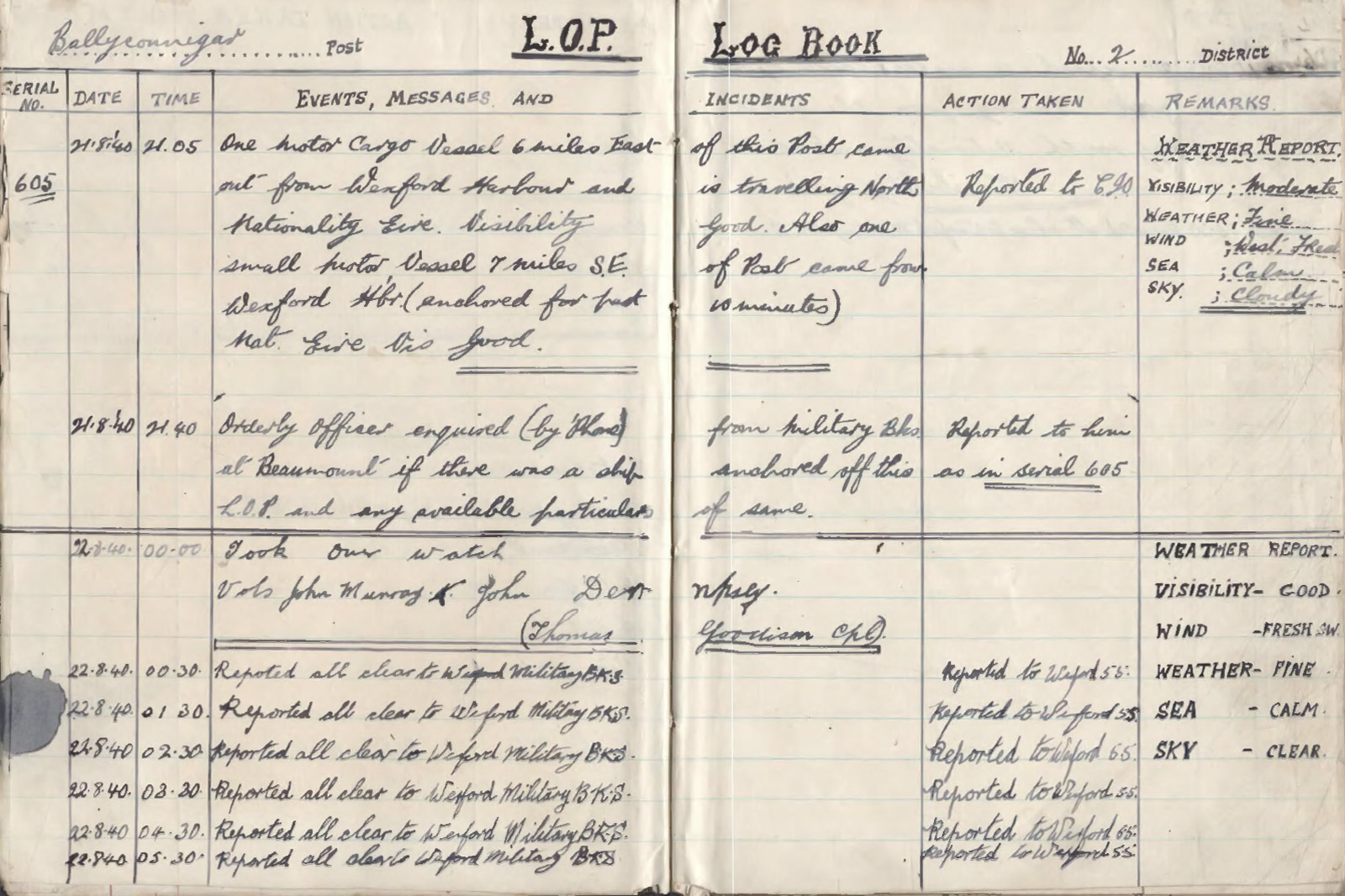