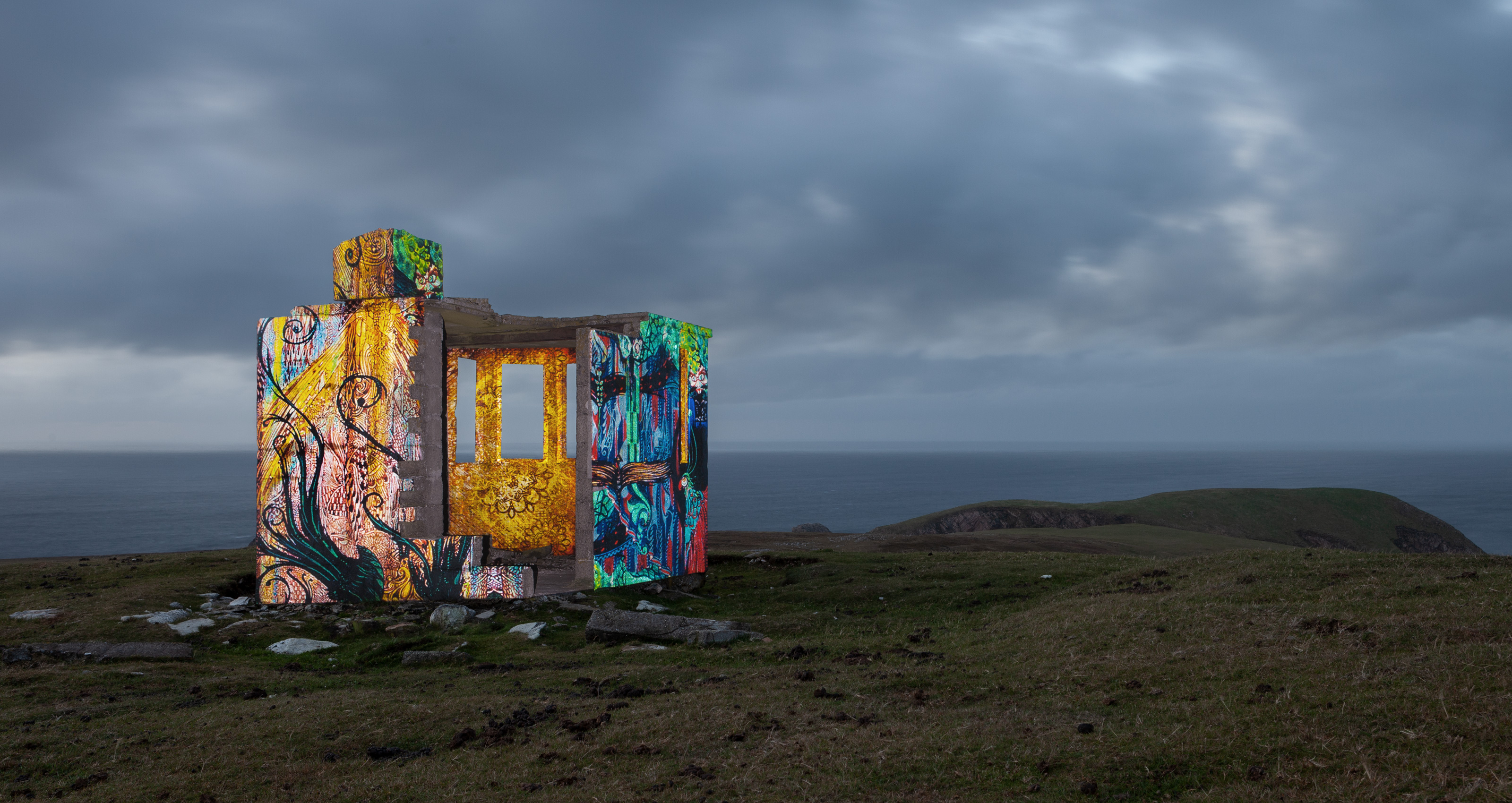 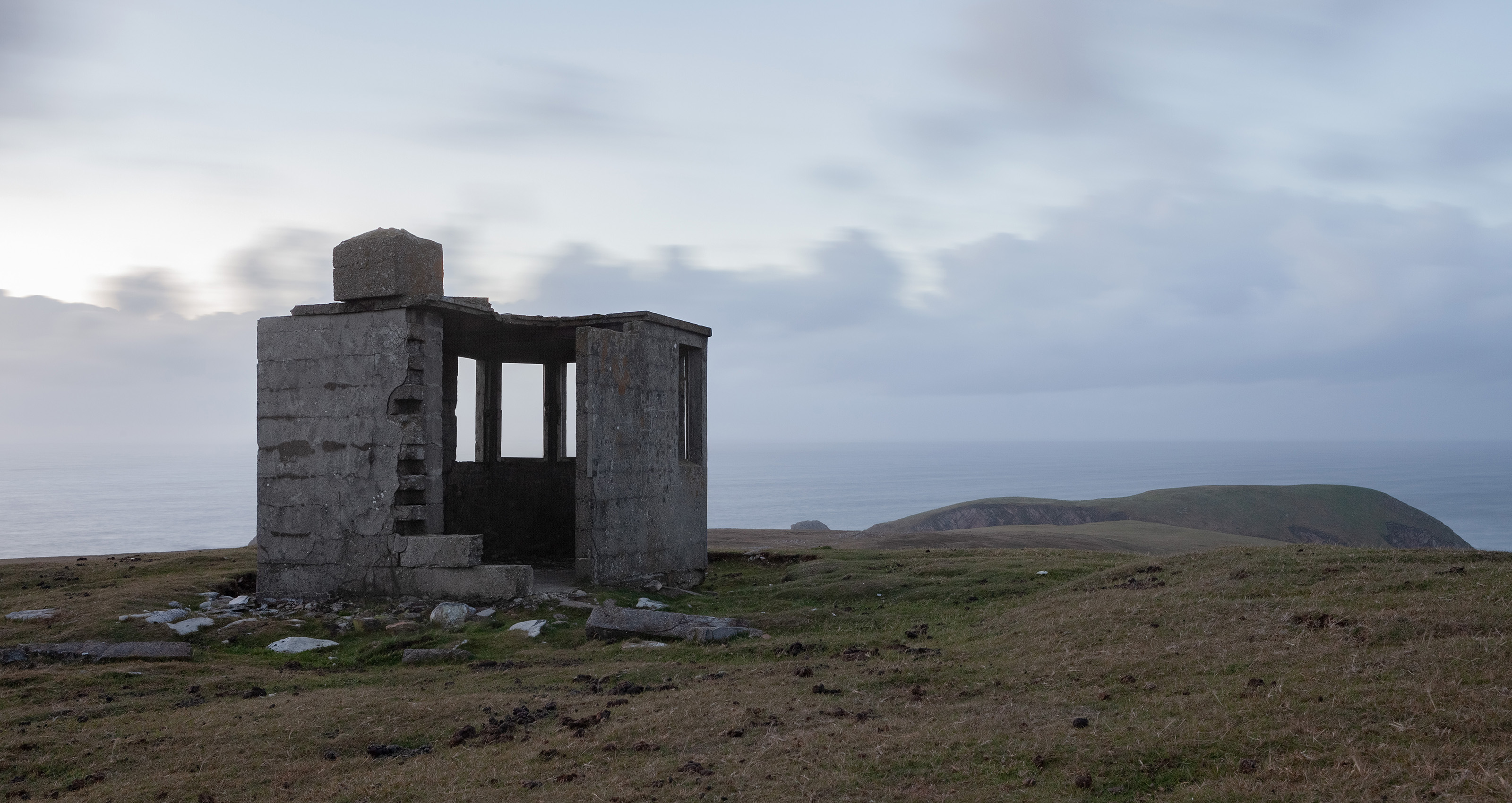 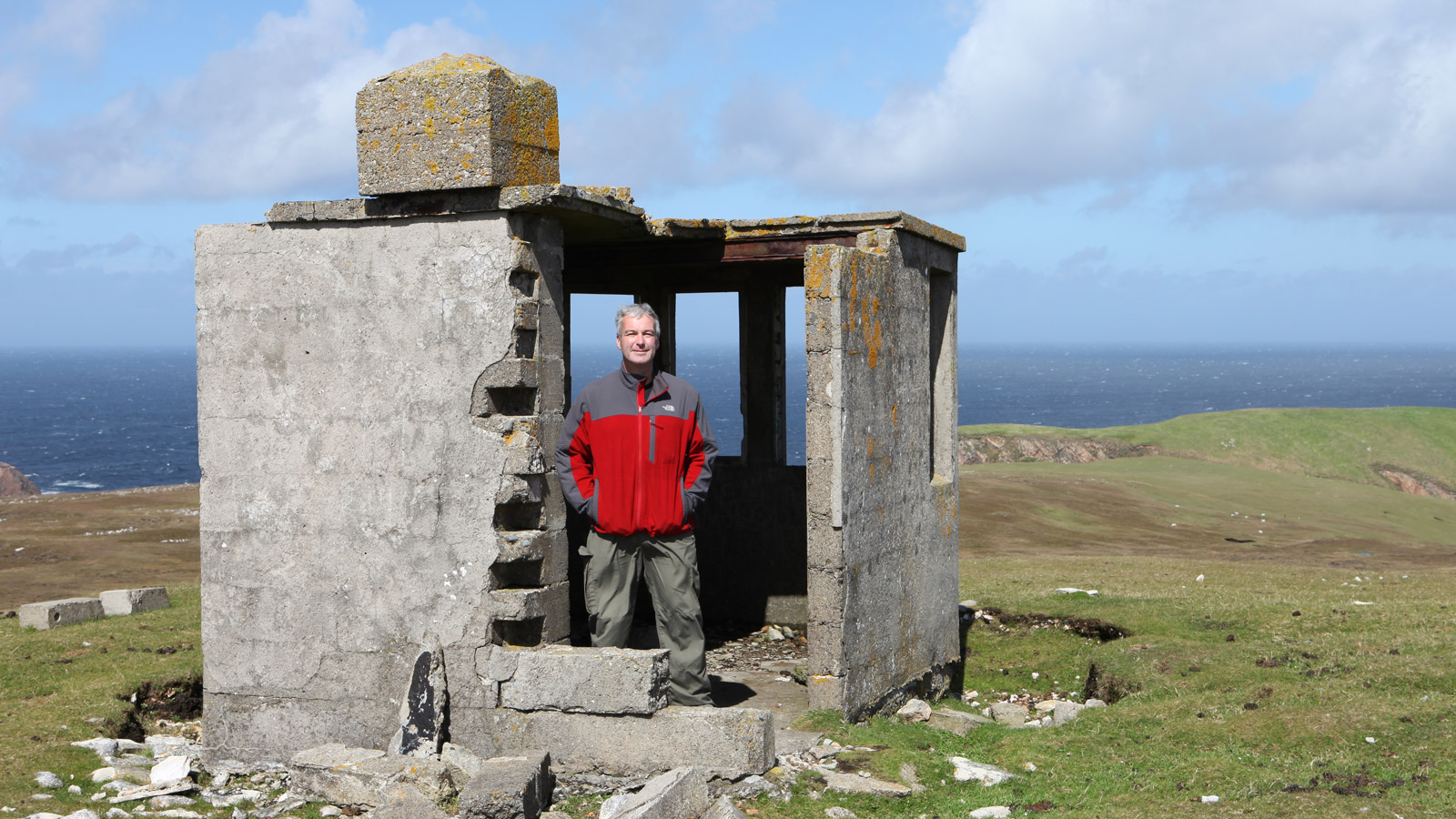 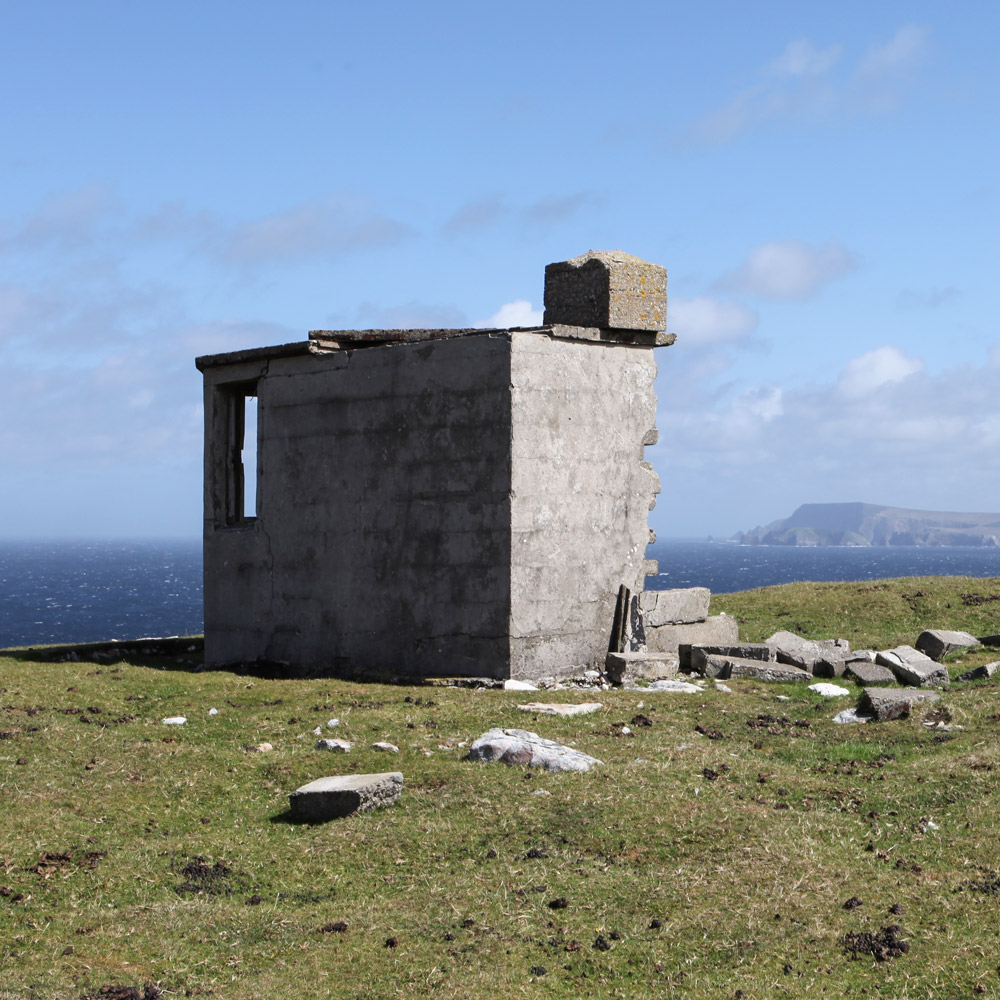 Erris Head The lookout post no.62 is situated on the northernmost point on the Belmullet island.  Follow the Erris Head Loop Walk from Glenlara for one mile the lookout post can be found on a hilltop. The post was visited together with Dr. Michael Kennedy who wrote the book Guarding Neutral Ireland. His book tells the history of the Irish coast watching service and military intelligence from 1939–1945. During the twilight the lookout post was illuminated with a painting of Harry Clarke. Additional the broken edges of the building were softly highlighted with the projection light to sense the concrete structure in between the adapted illustrations. 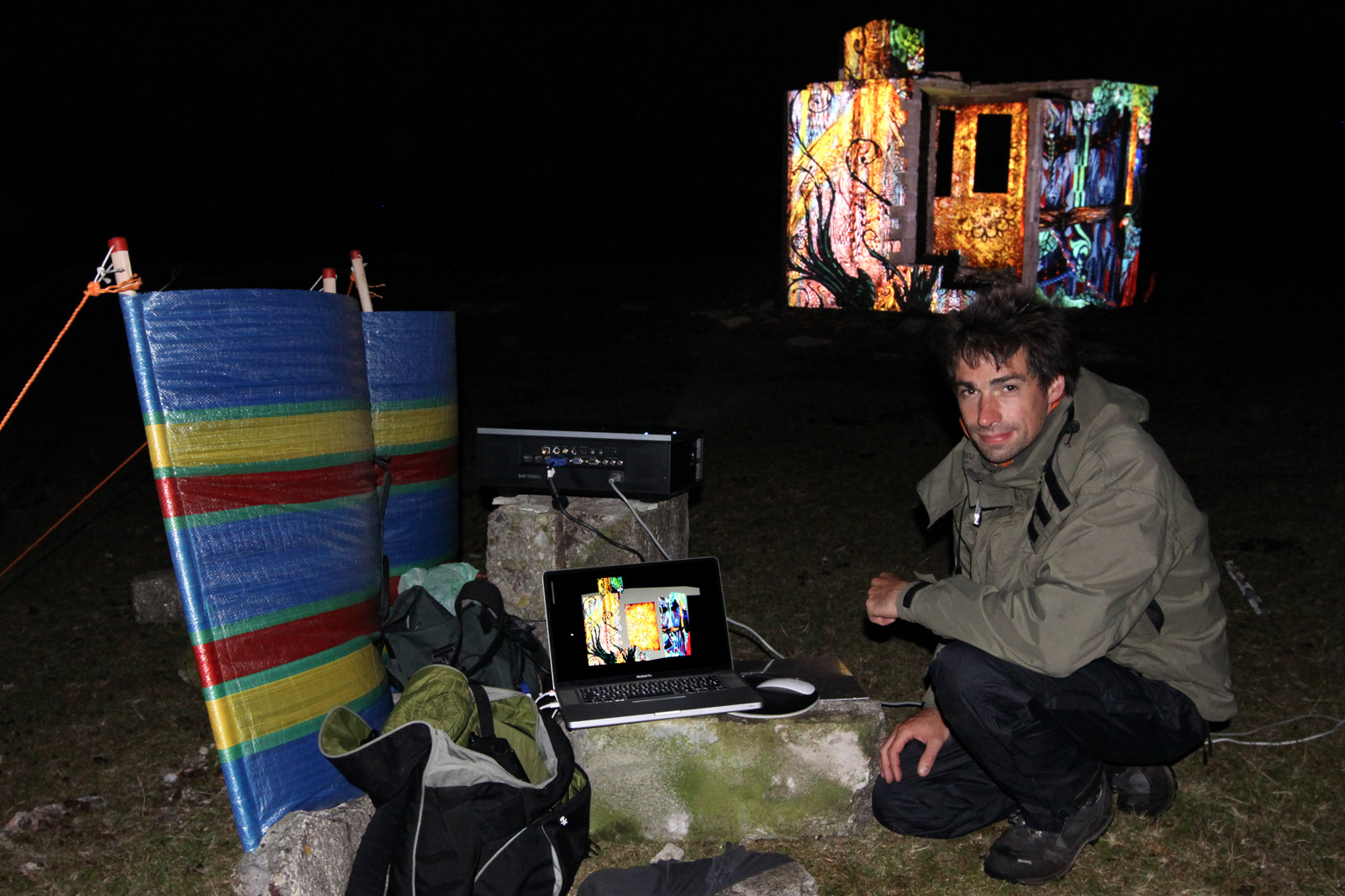