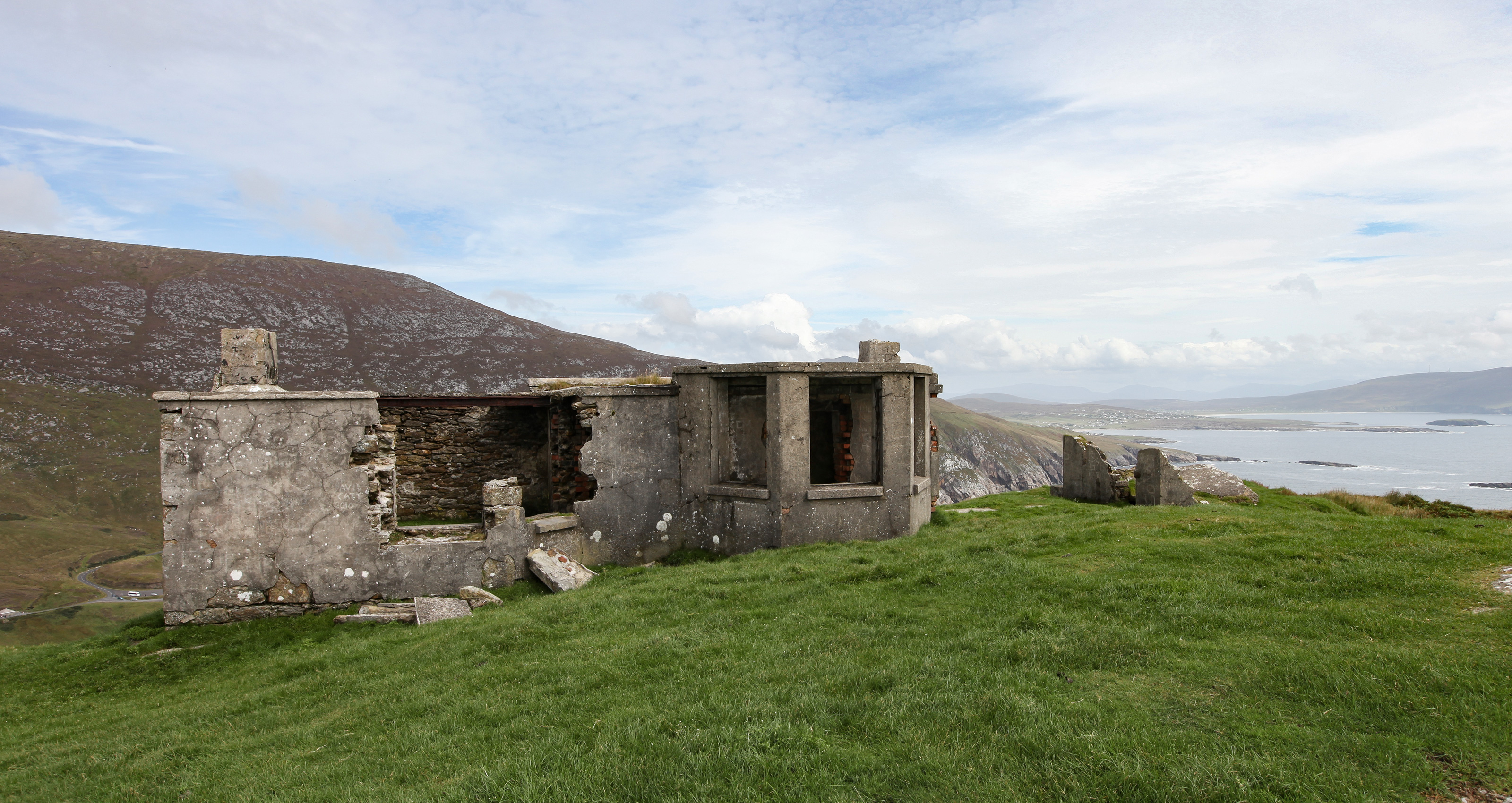 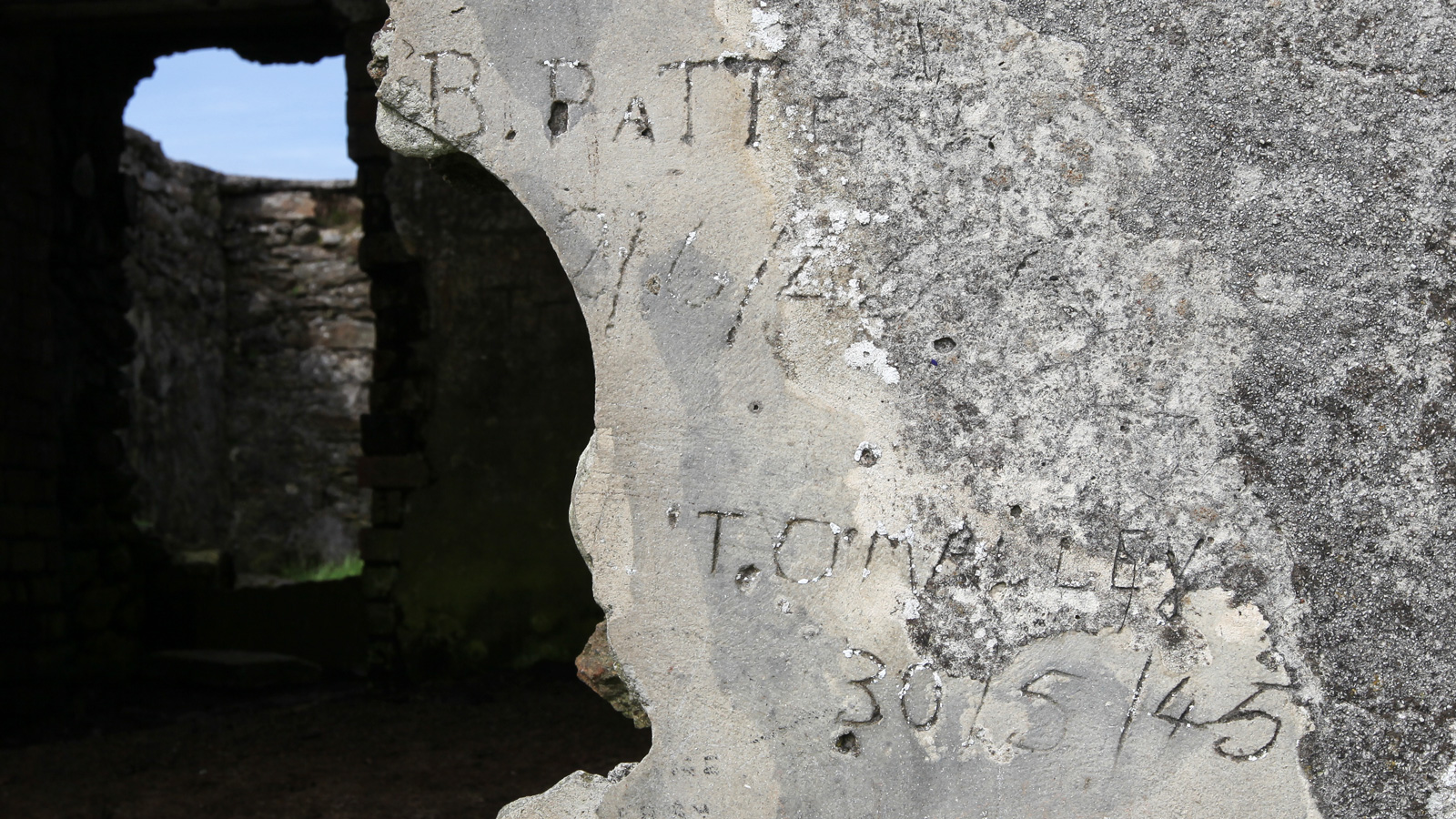 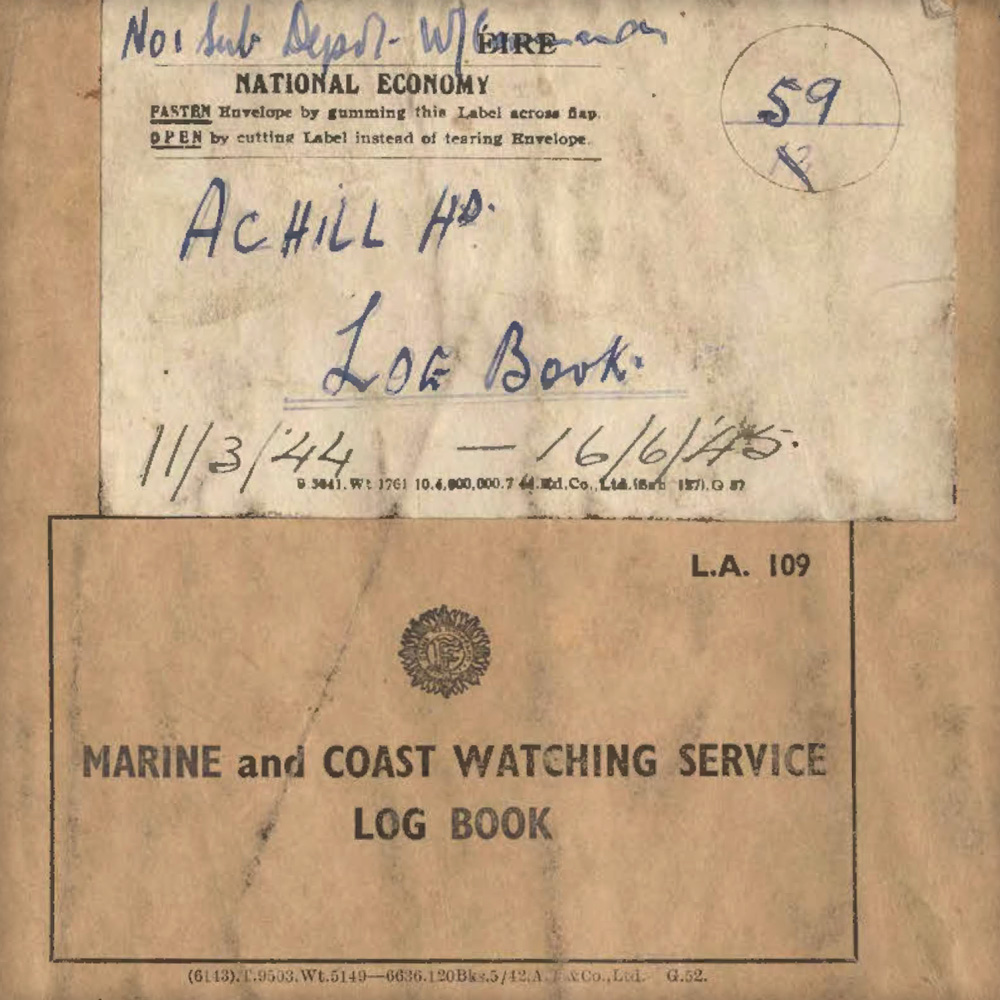 Moyteogue Head At the west end of Achill island an old British observation post was briefly re-occupied by coast watchers during the world war II. The post was built in the first world war to prevent the Germans from landing arms for the Irish Republican Army. From here the coast watcher of the 2ww coast watching service reported all activities around that area in their logbooks. The books are open today for public at the Irish Defence Forces website militaryarchives.ie. Today some coast watcher signatures can be found scratched in the concrete. The names of T. O’Malley and P. Callaghan are still visible at the backside of the building. 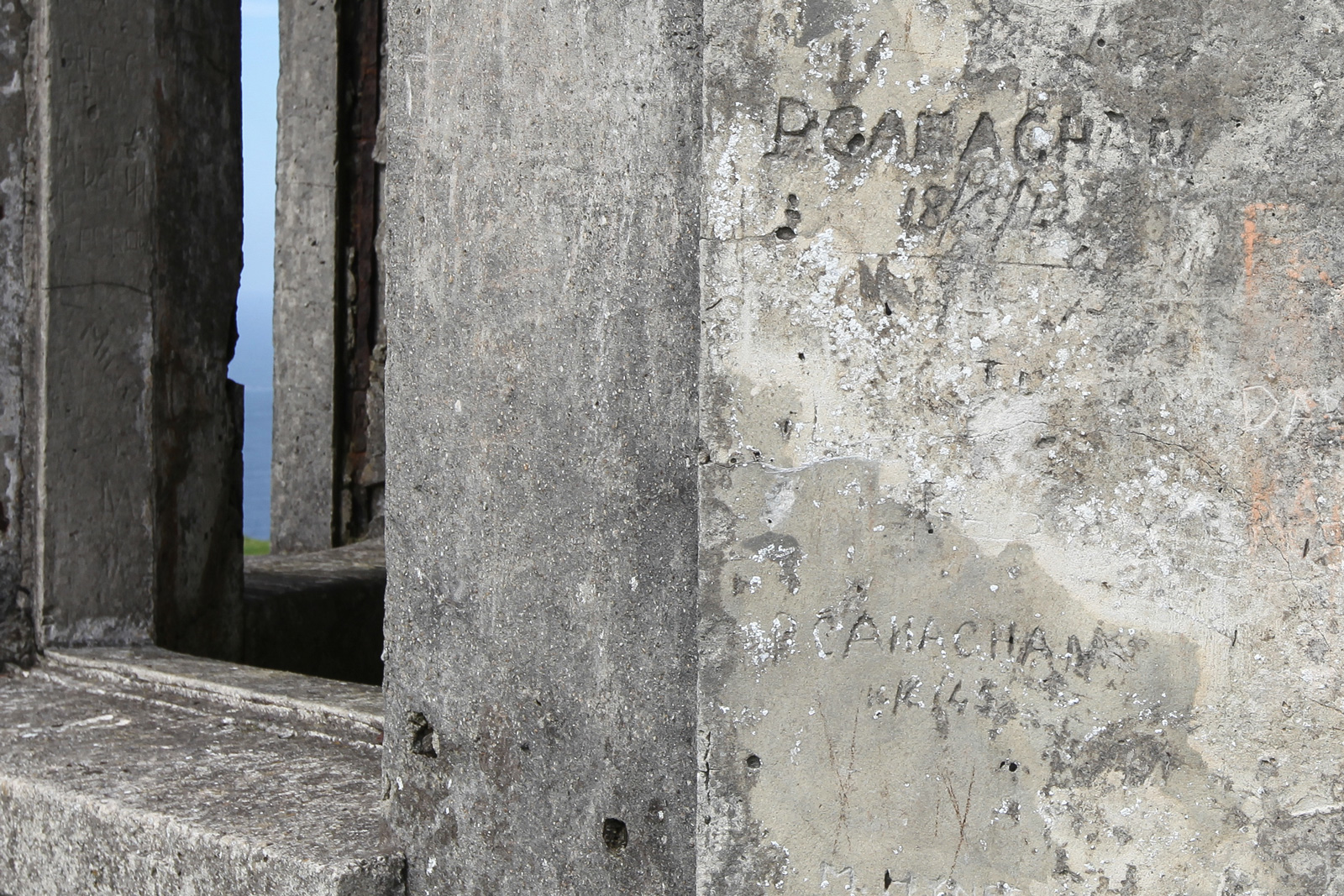