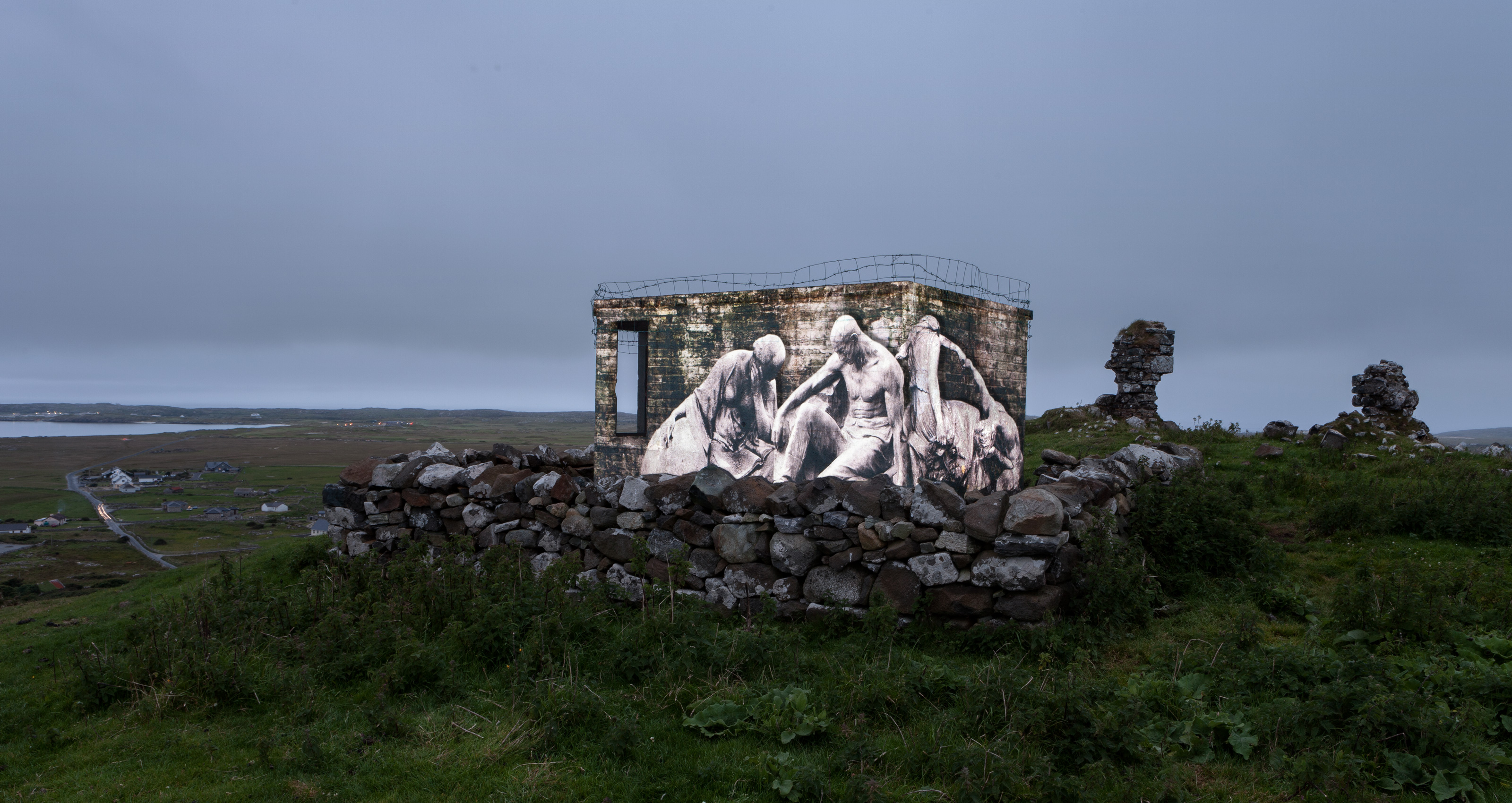 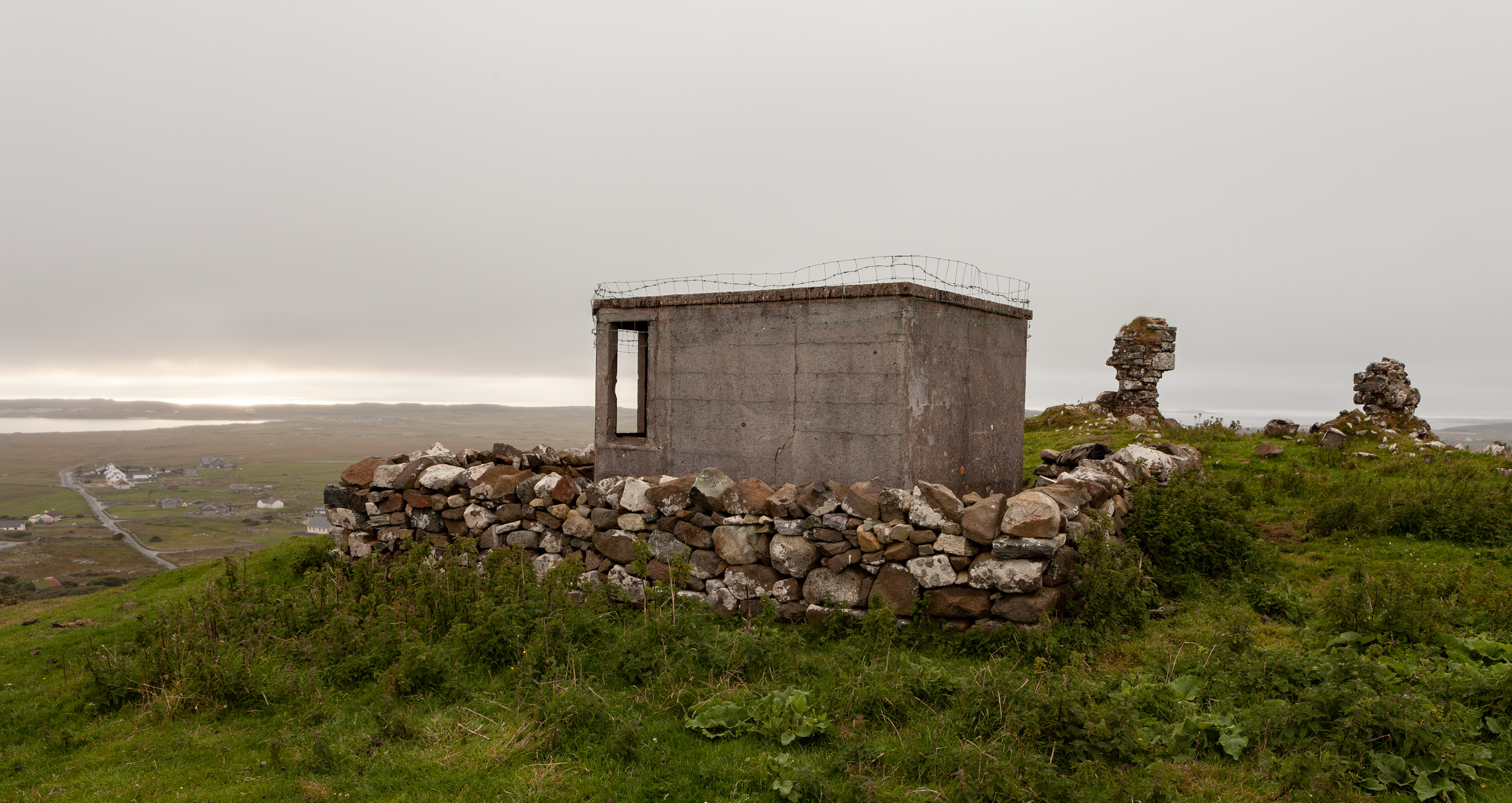 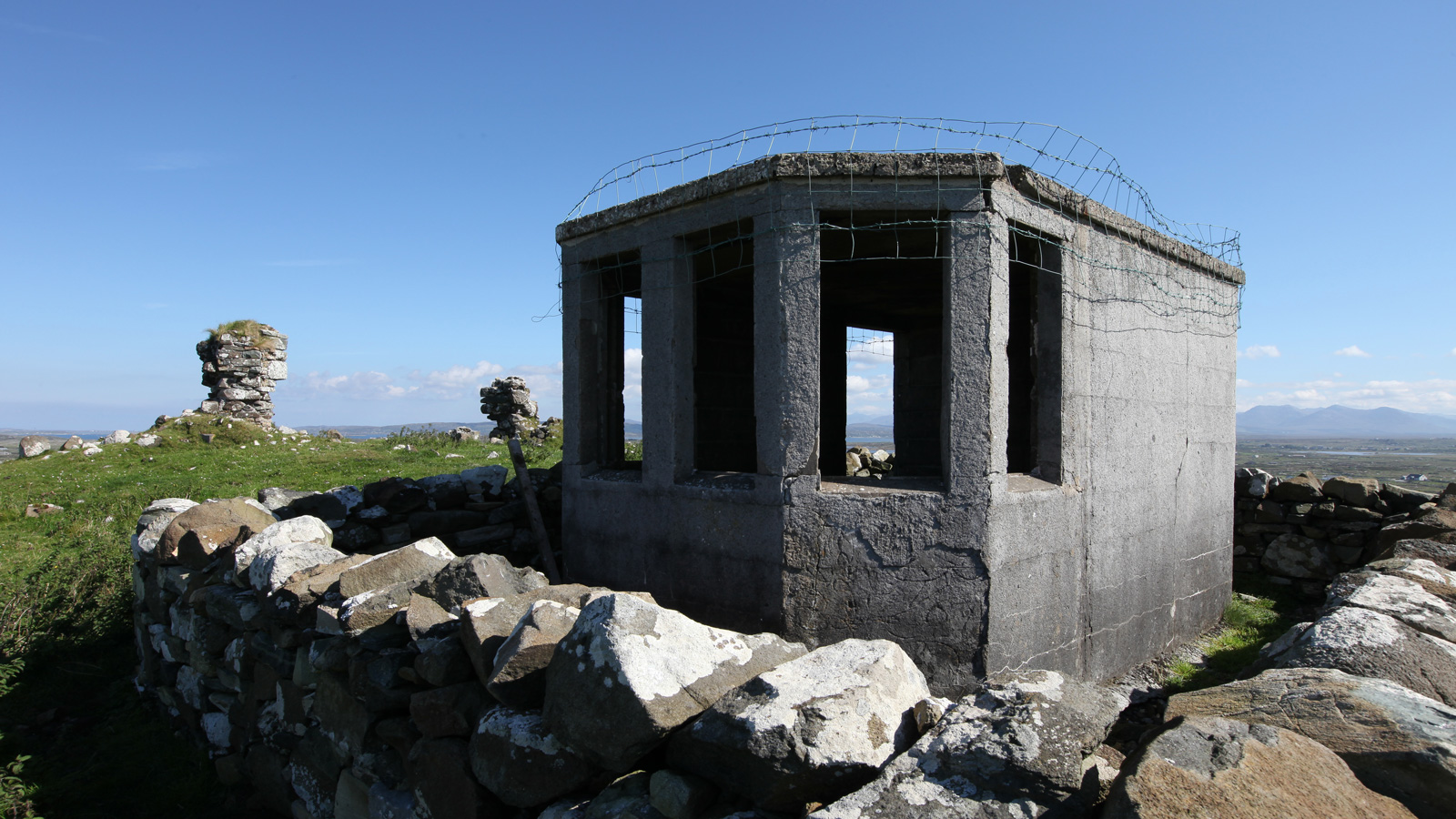 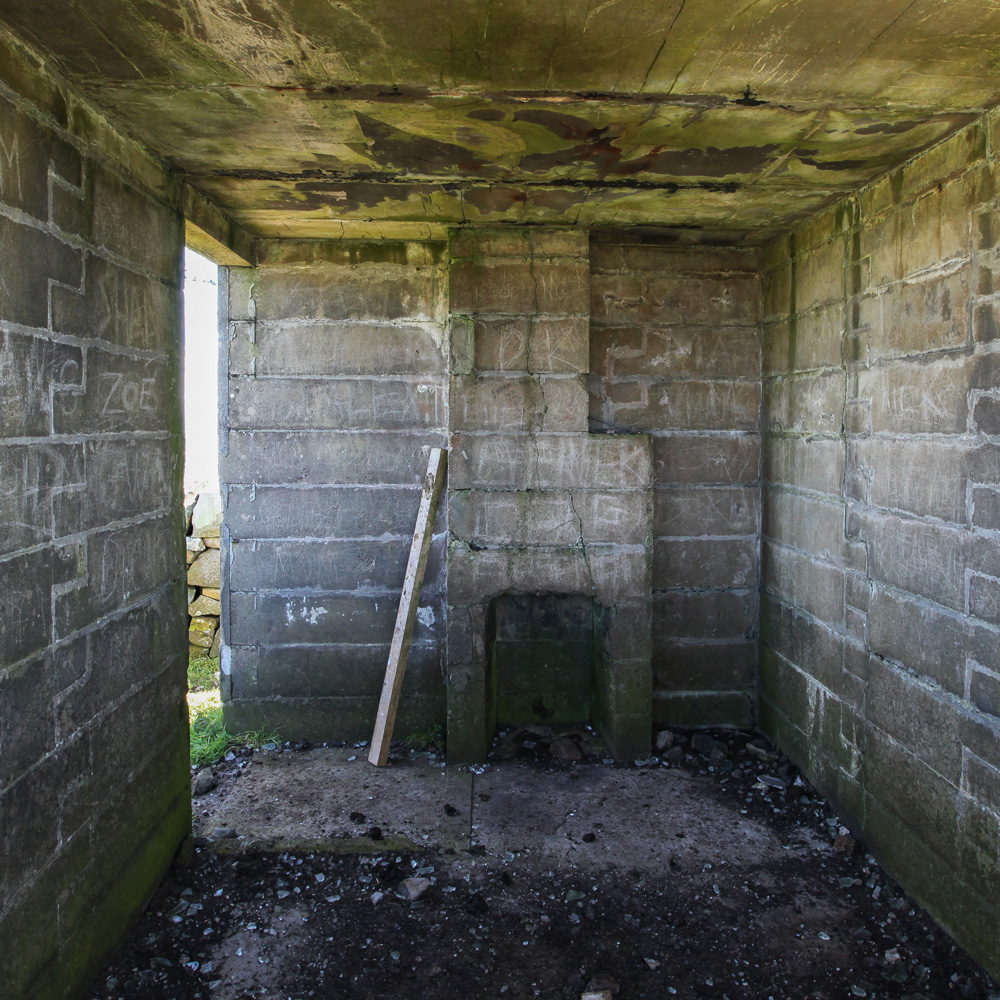 Slyne Head Close to the ruin of Bunowen Castle the lookout post no.53 is situated on the top of Doon Hill. The lookout post is located next to fragments of a fort ruin built in the mid 17th century. In front of the lookout the number 53 was written in hutch letters in the ground to advised passing aircraft during the ww2 where they were. A small stonewall protected additional the lookout post against storms. In leaning of the different stone structures some statues and brick pattern were choose for this light projection. The bereaved gesture statues were leaned in remembrance to the victims and their families in the second world war. 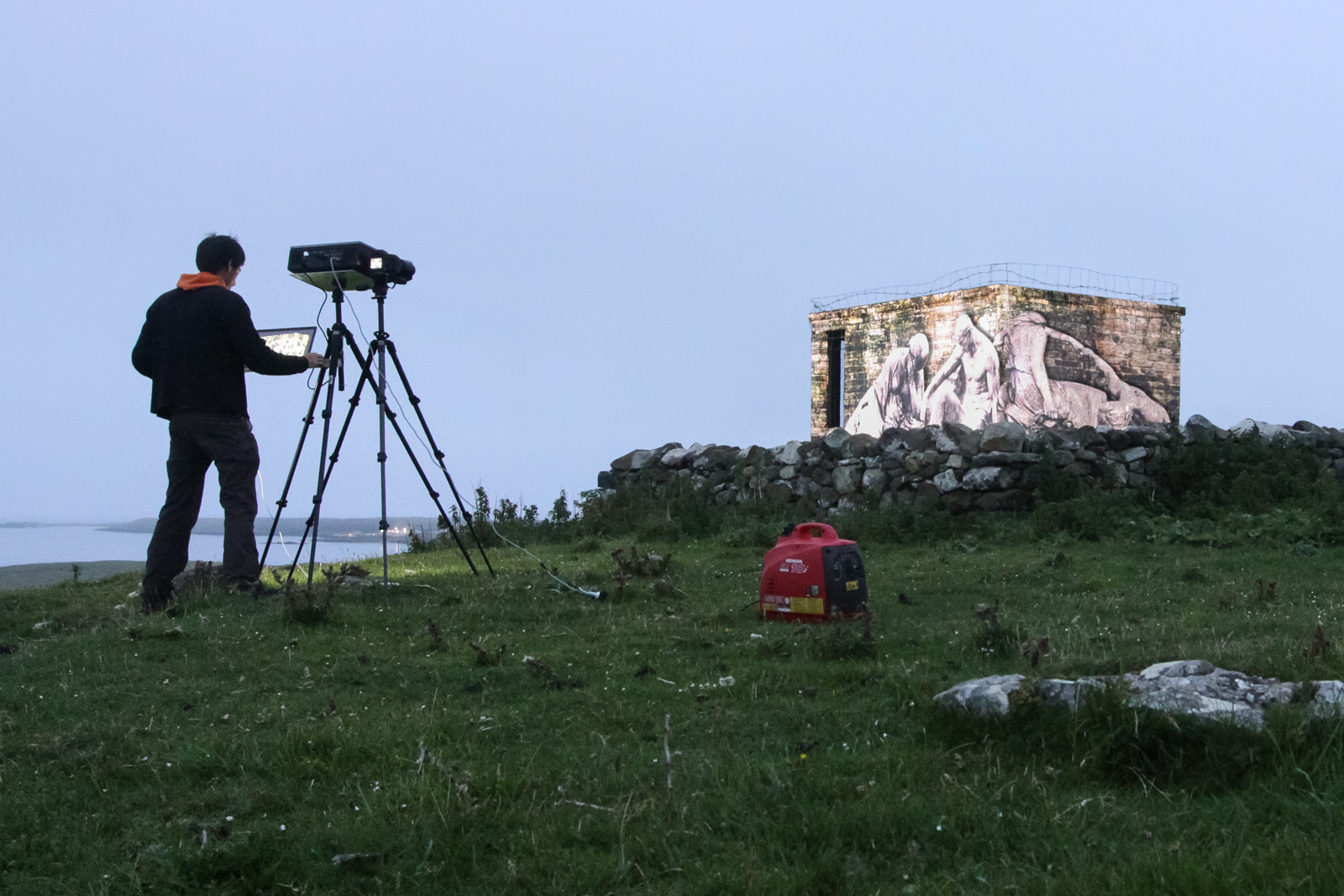