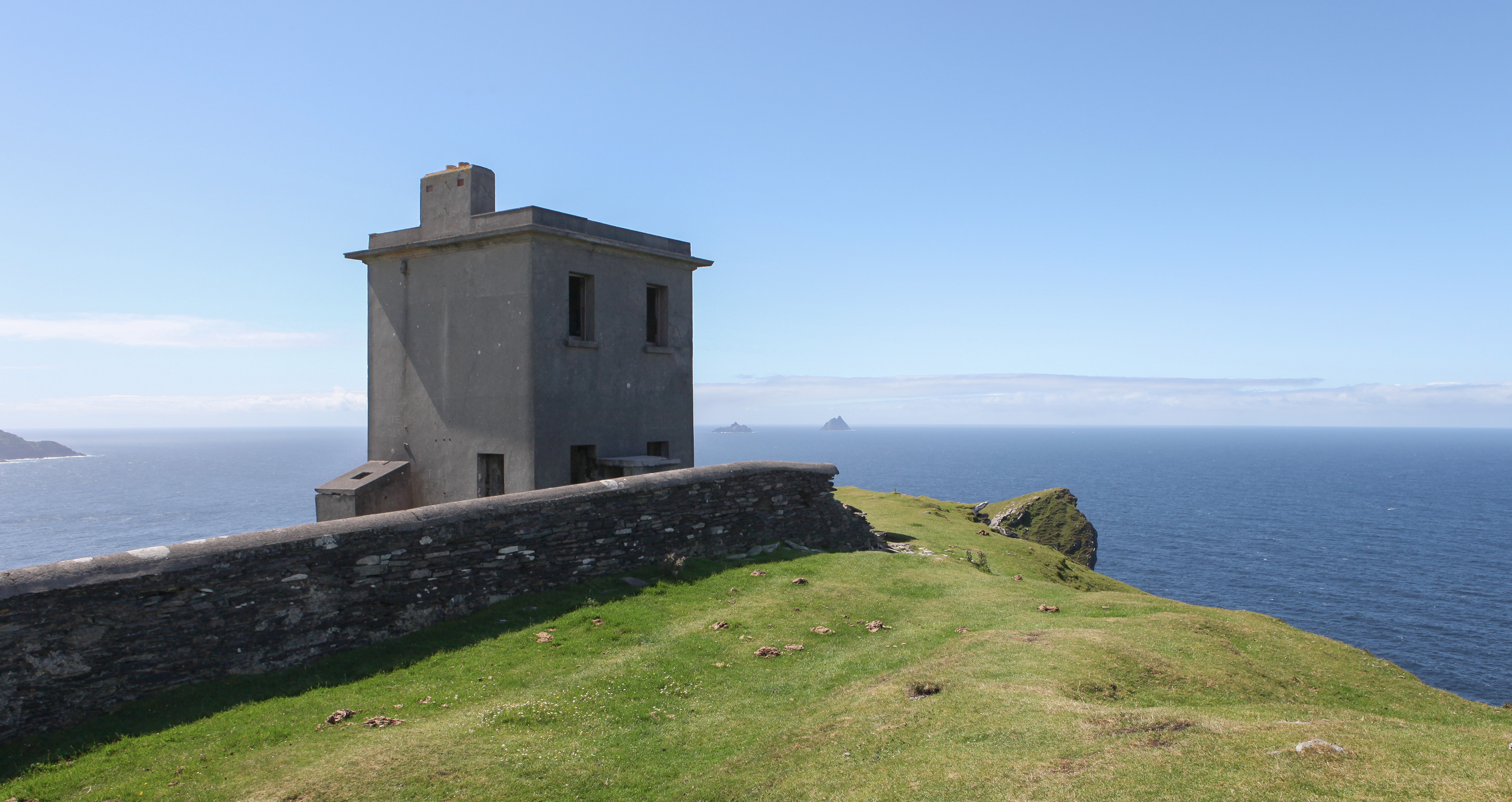 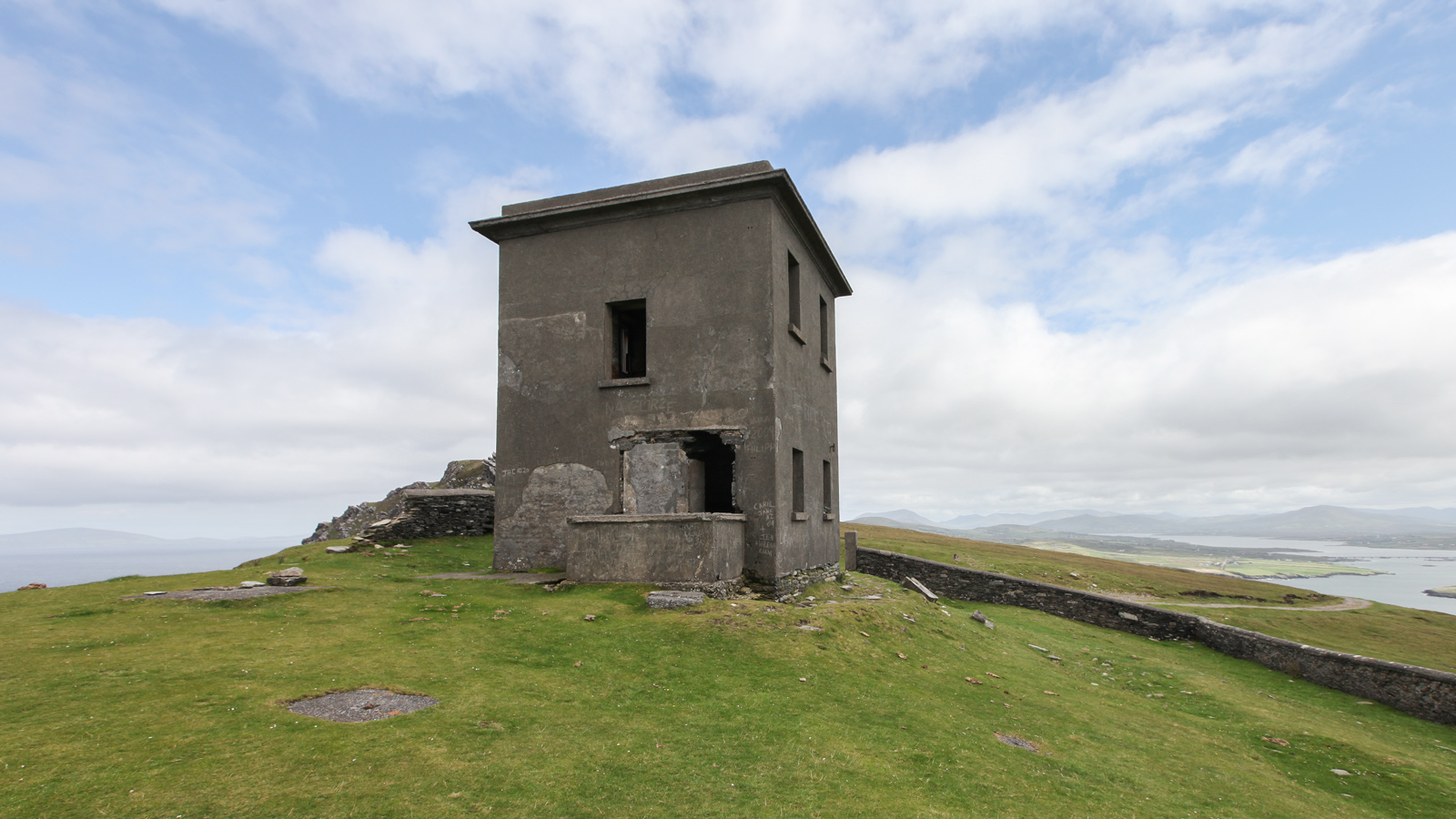 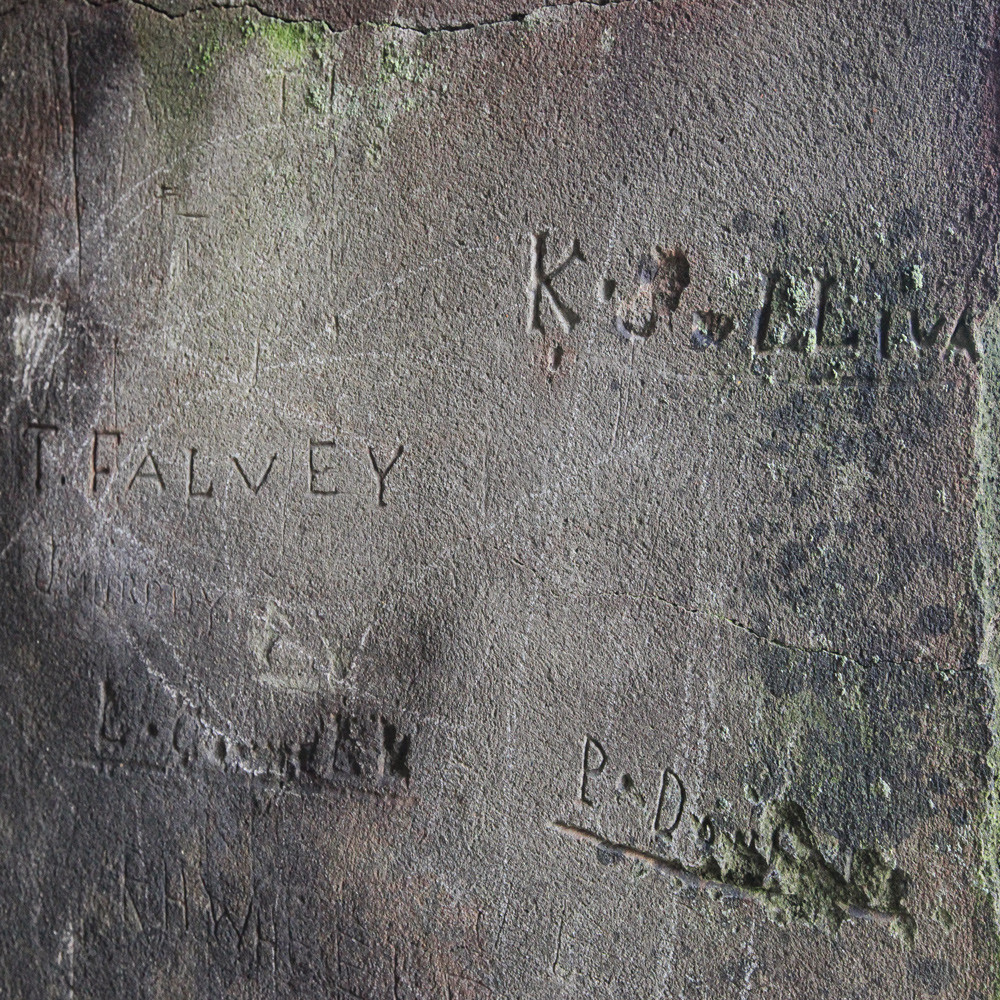 Bray Head  At the west shore of Valentia Island the Bray Head tower was briefly re-occupied by coast watchers during the World War II. The tower was built 1815 in time of the French inversion and was in use up to 1920 by naval authorities as a signal station. For the re-occupation the tower got an extended weather shell with on the west side. The opening into the tower building was also converted for this adaption. During the occupation the coast watcher left their signature on the concrete inside wall. In hundred meters below the tower stones in the ground to spell out EIRE to advised passing aircraft where they were. 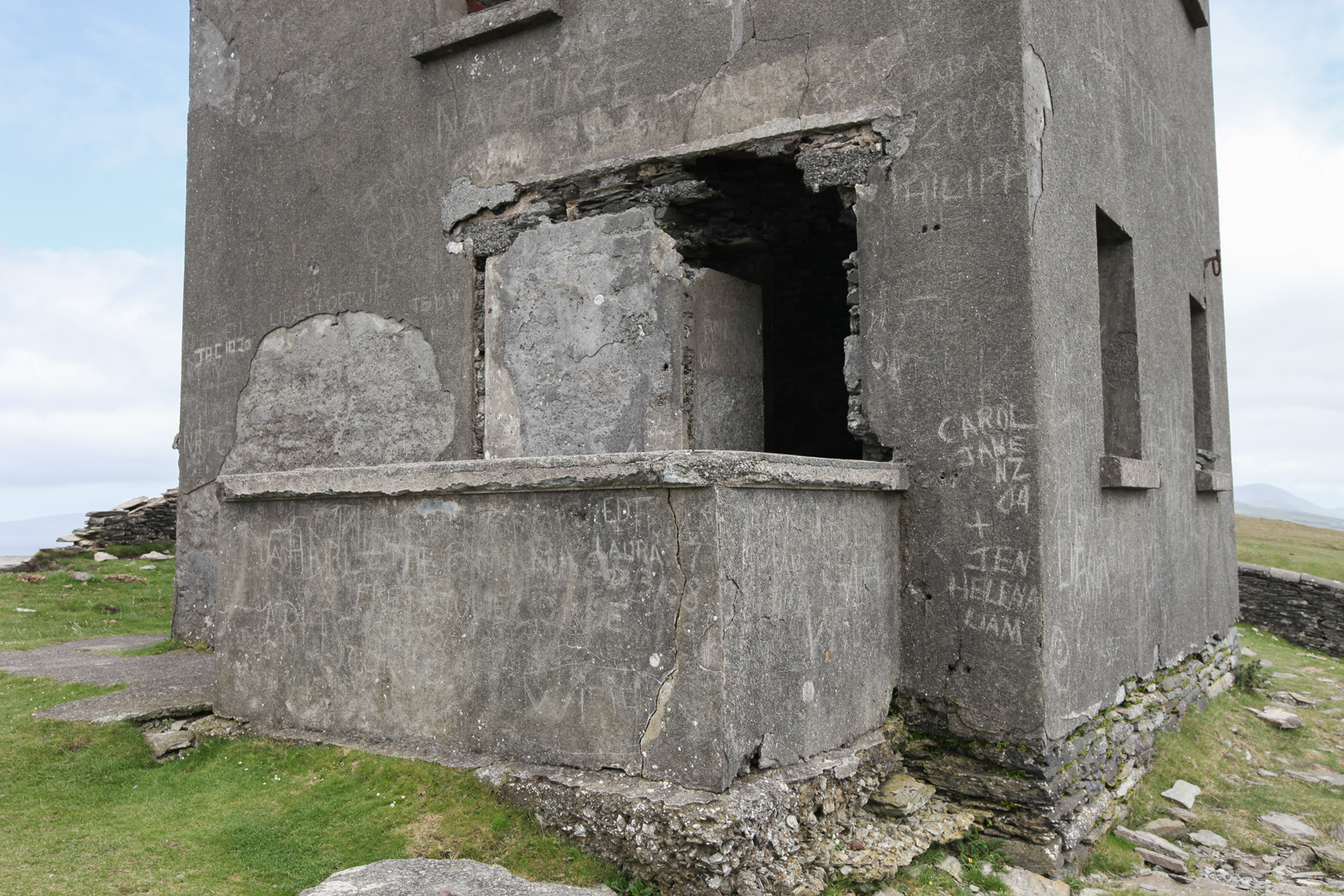