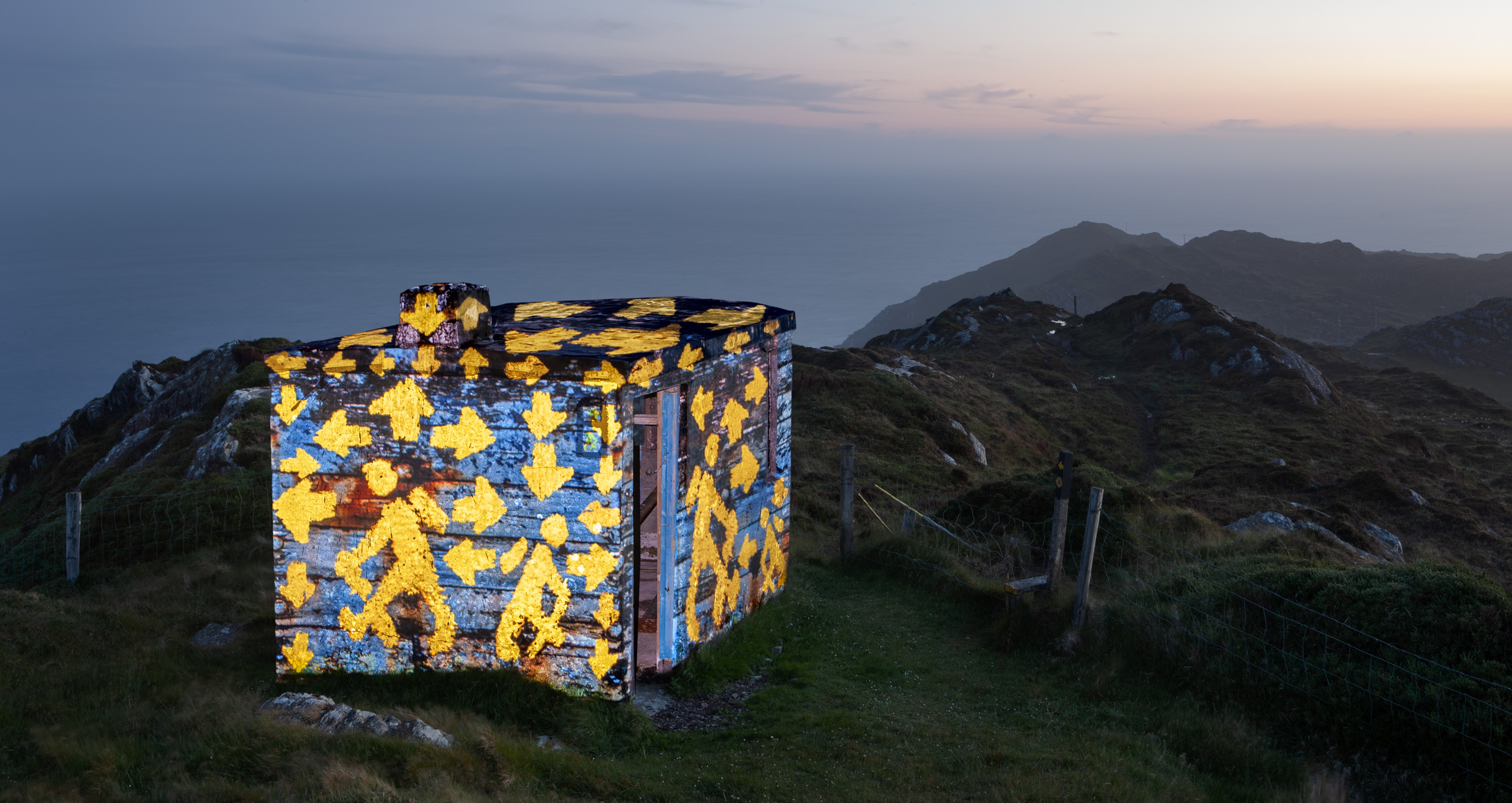 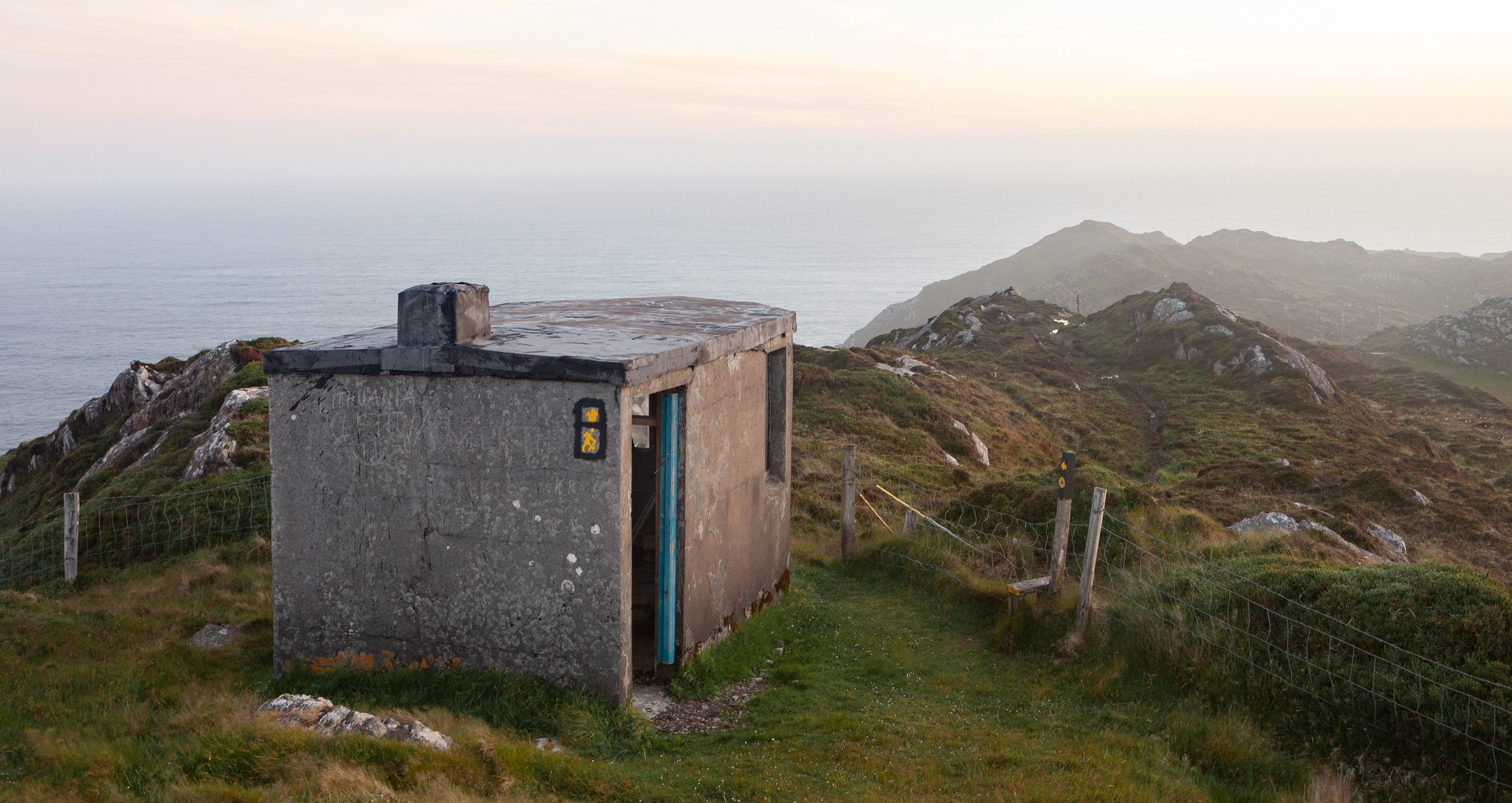 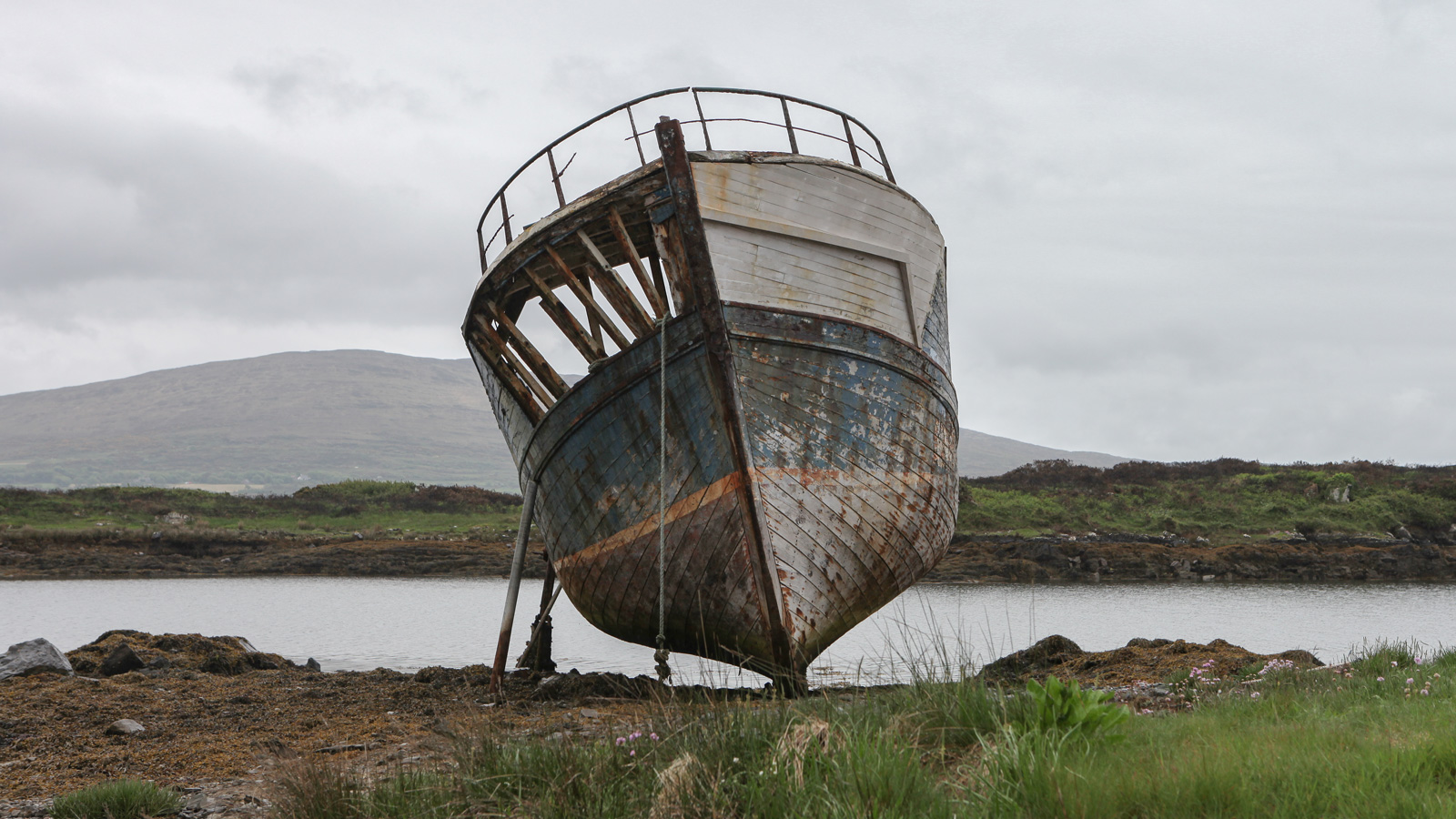 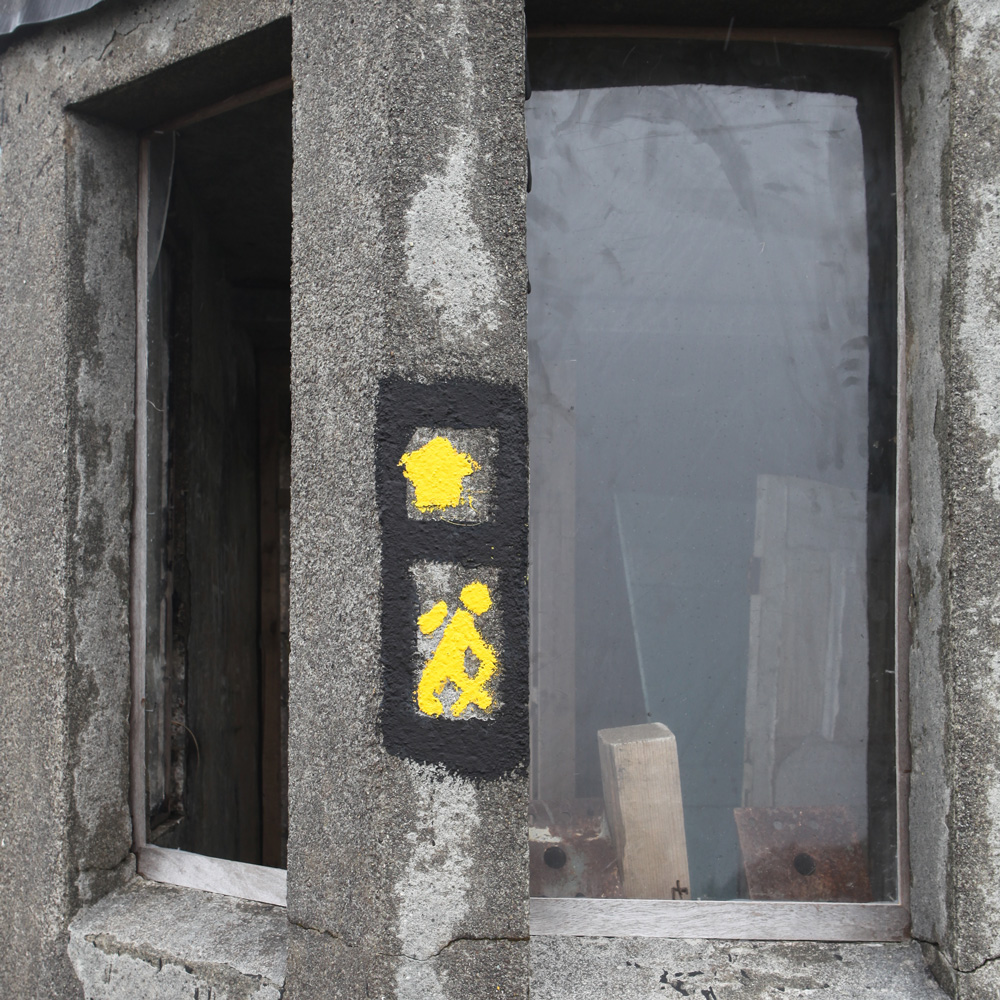 Sheeps Head The lookout post no. 31 is located at the end of Sheeps Head peninsula and can be found by following the walking signs to Doo Lough. Today the partly restored lookout post has the function for a weather shell for walkers. A rock in the back of the lookout allowed a position of the projector that made it possible to integrate the roof in the light projection. Signs of the walking path which are painted also on the lookout post were duplicated and integrated in the light work. The wooden structure in the projection came from a ships wrack that was found close to Durrus Village on the way to Sheeps Head. 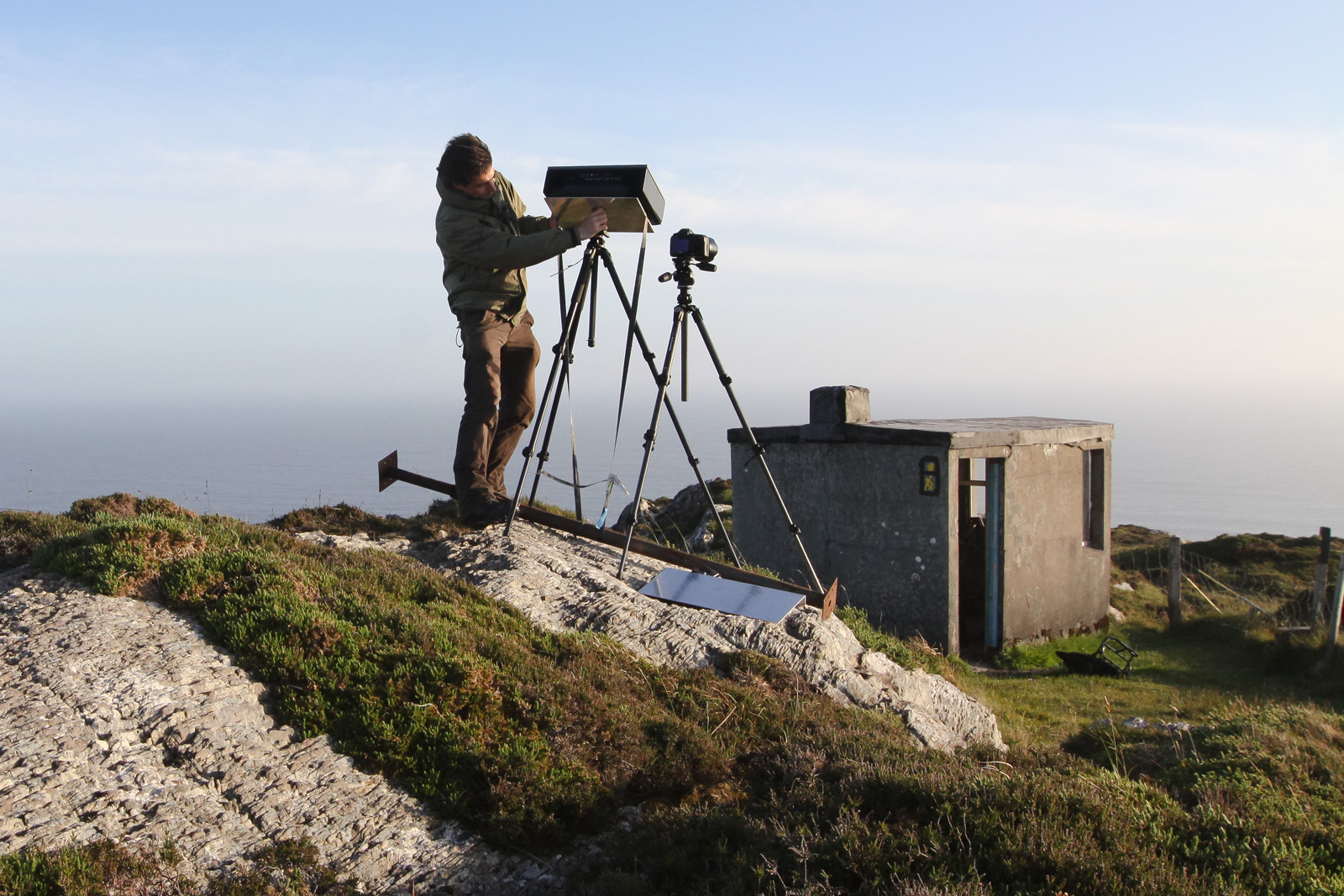