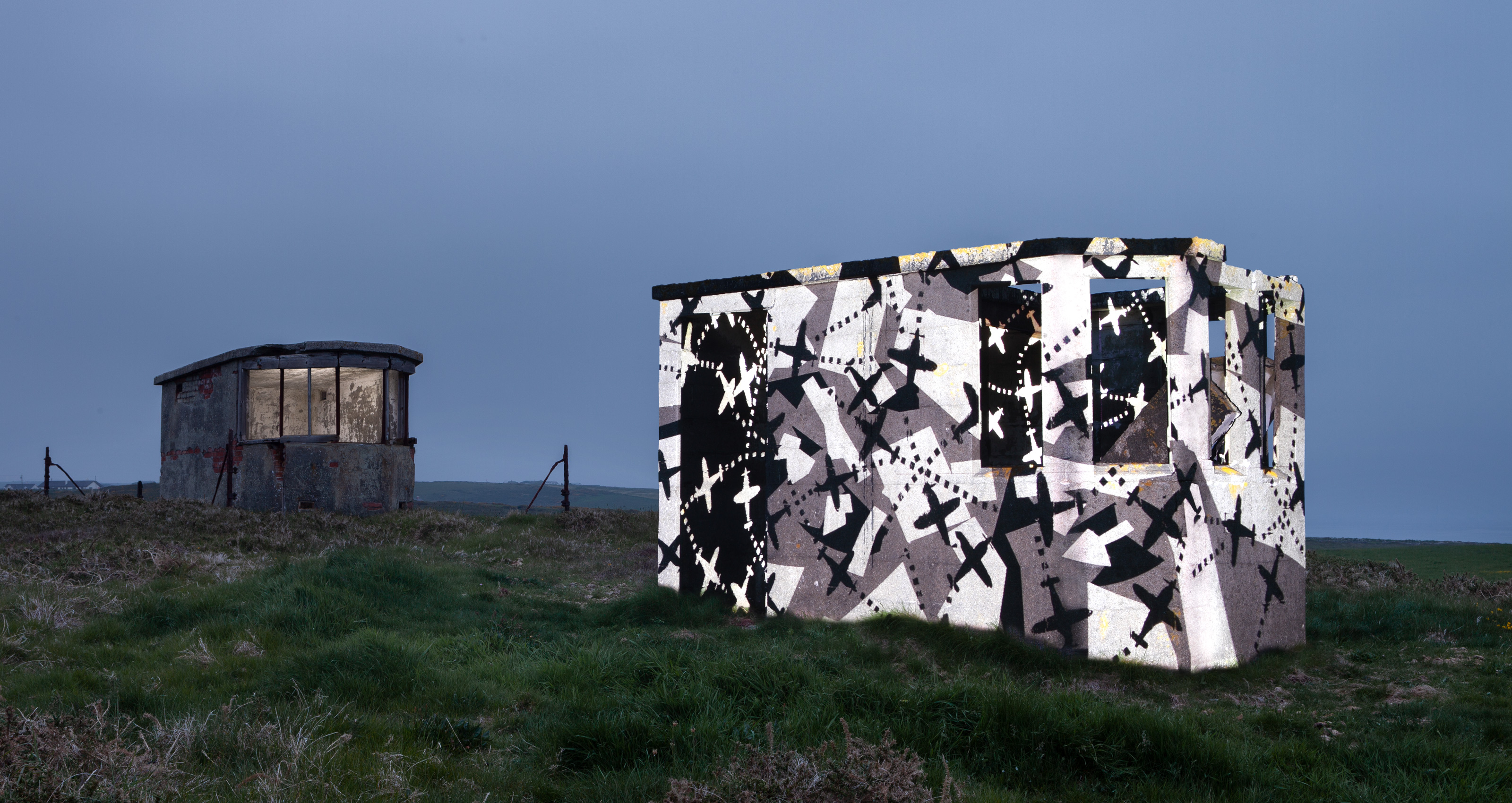 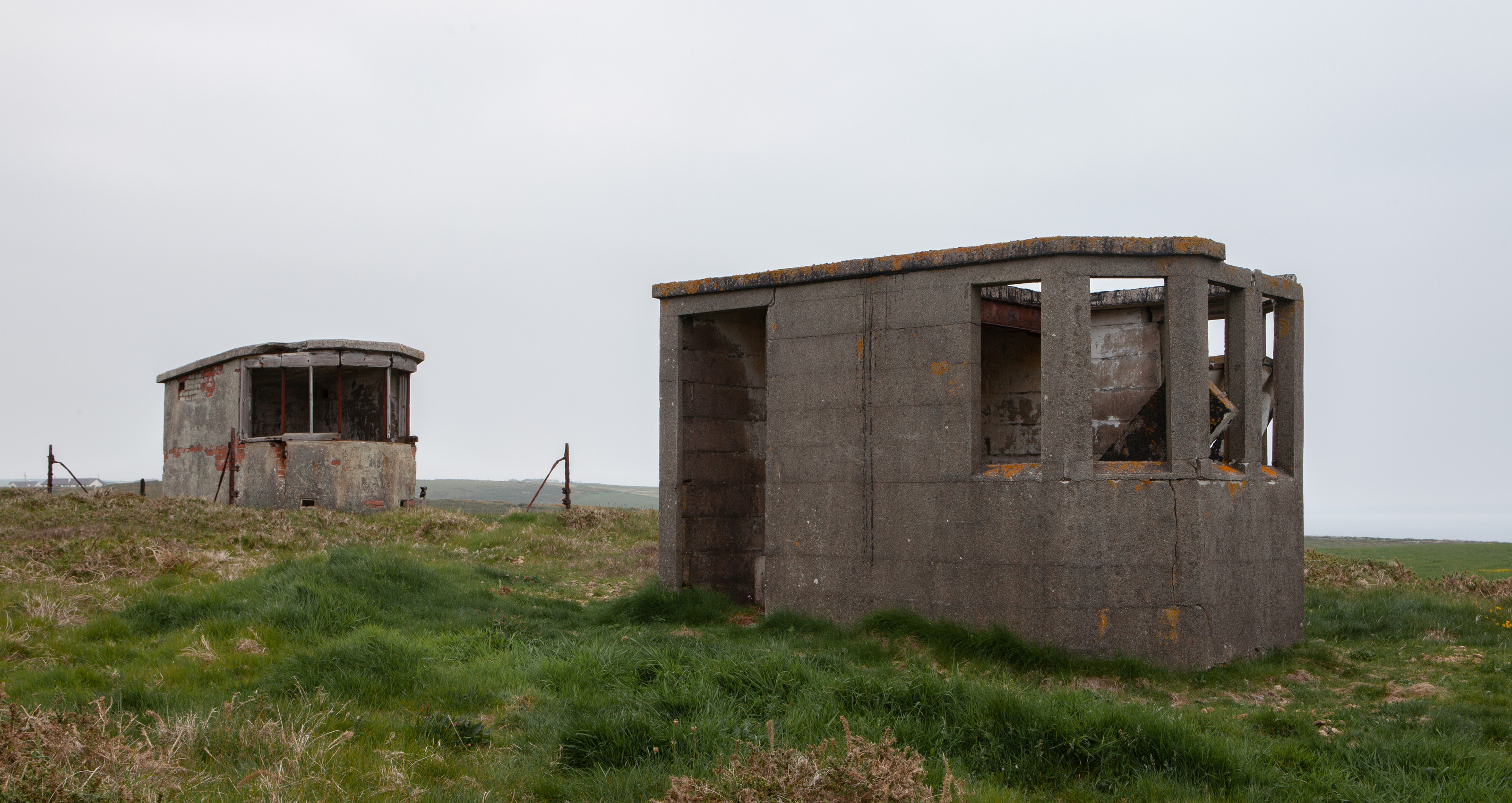 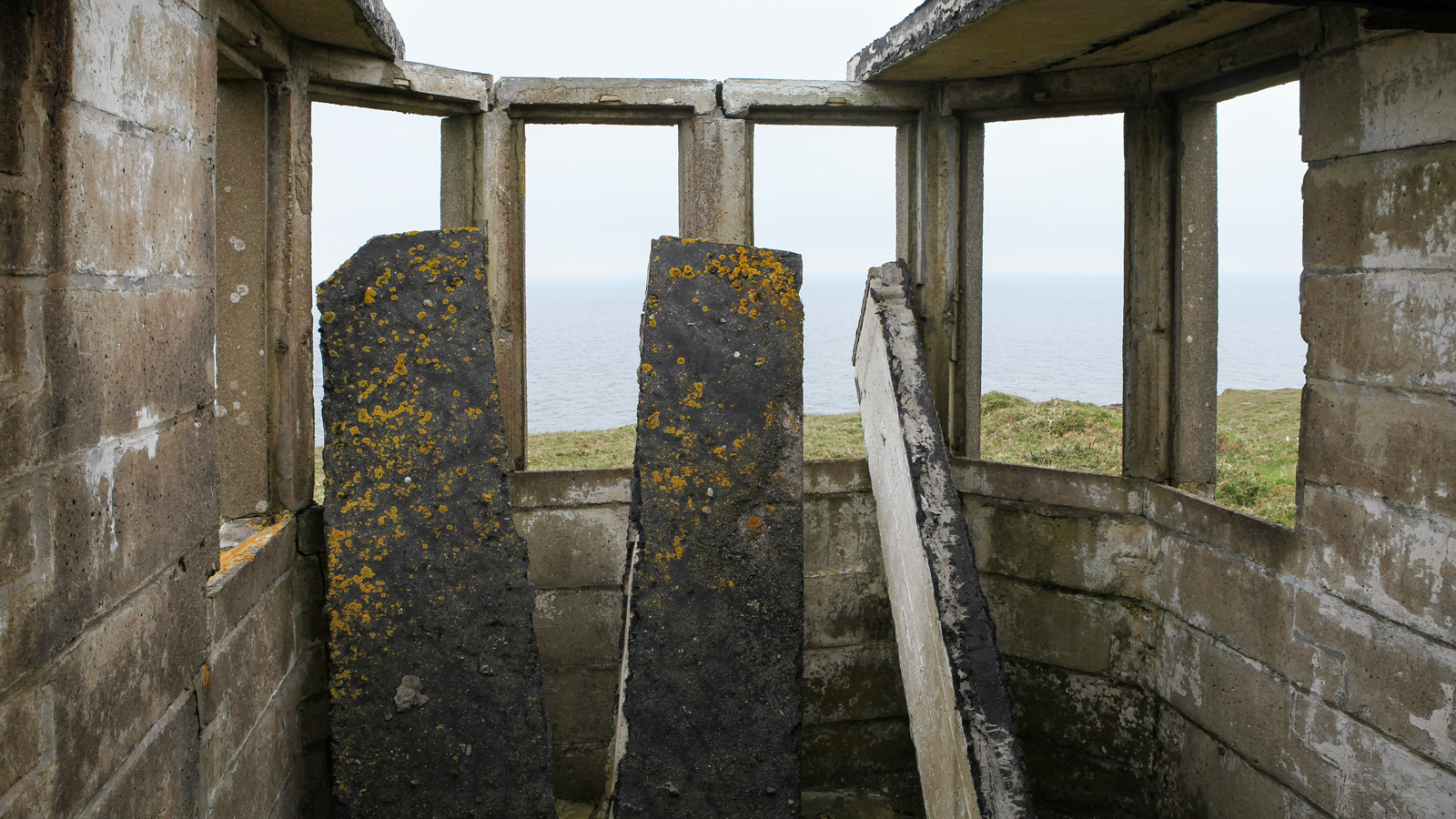 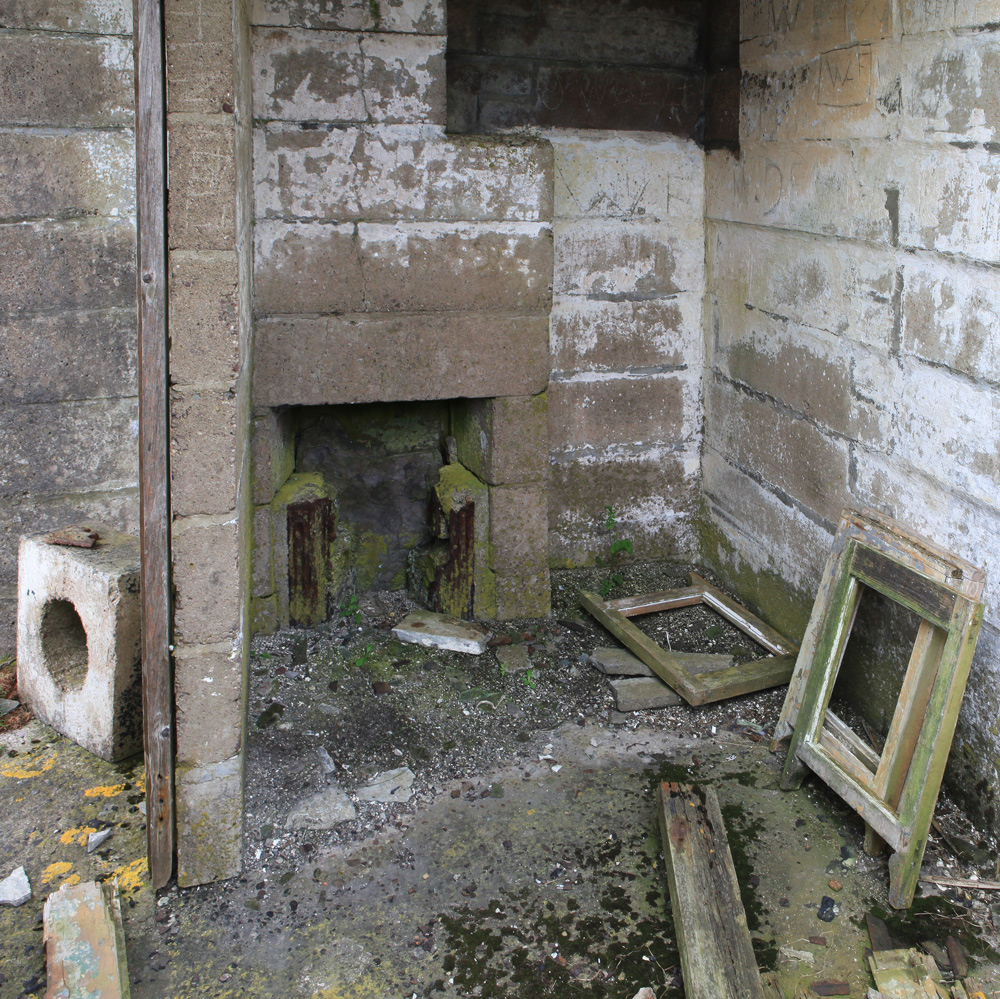 Seven Heads The lookout post no.26 is situated at the west Cork coastline on the Seven Heads peninsula. The name based from the seven peninsula fingers that stretched in the sea. The lookout was built in front of an English post from the first world war. A signal tower from the 19th century point out that this area was a popular spot for coast watching. In addition to the light projection on the lookout post the inside of the English post was lighted up. Silhouettes from planes and flying routes covert the lookout at this light projection. The high contrast image also increased the perception of black coloring some parts of the building. 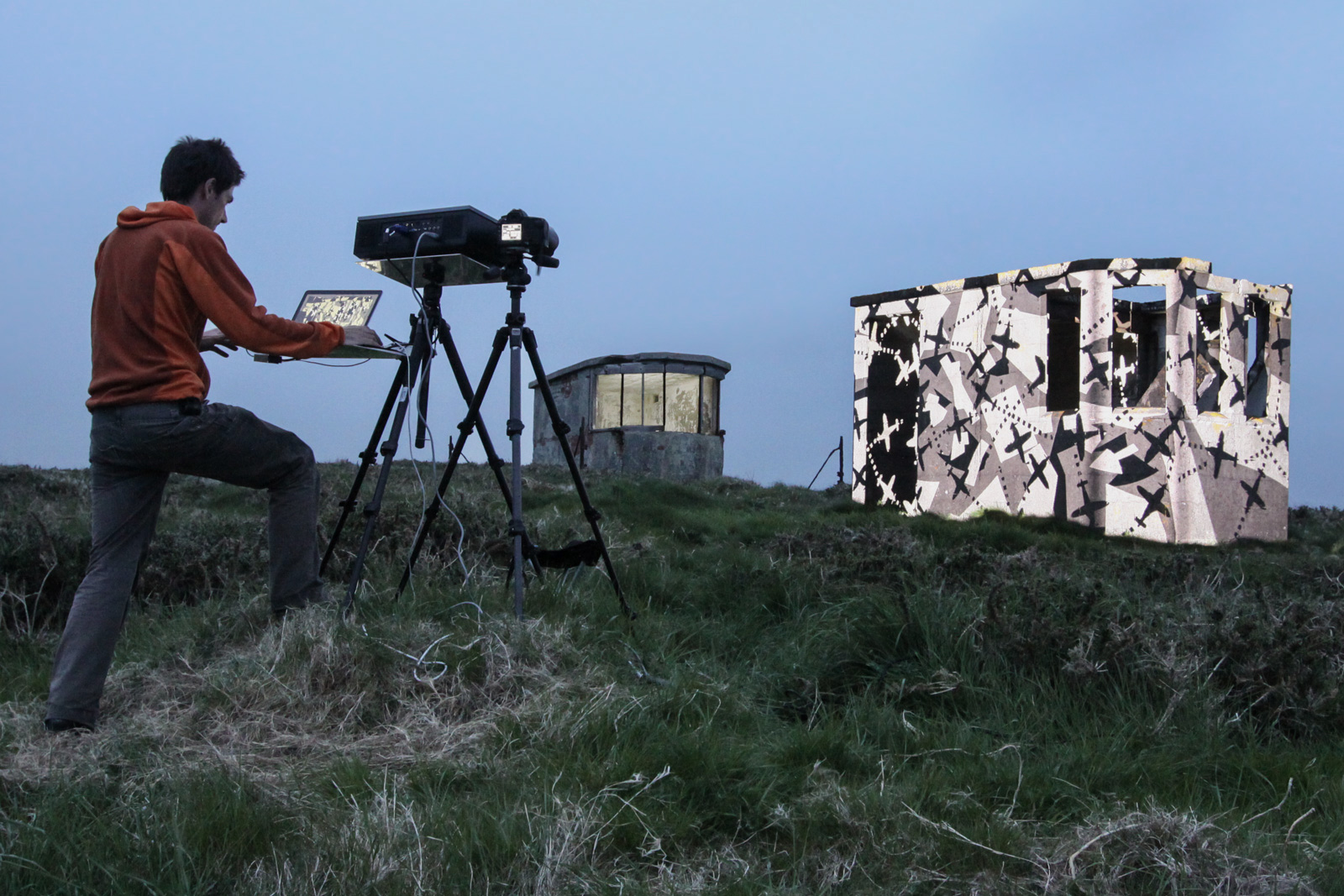