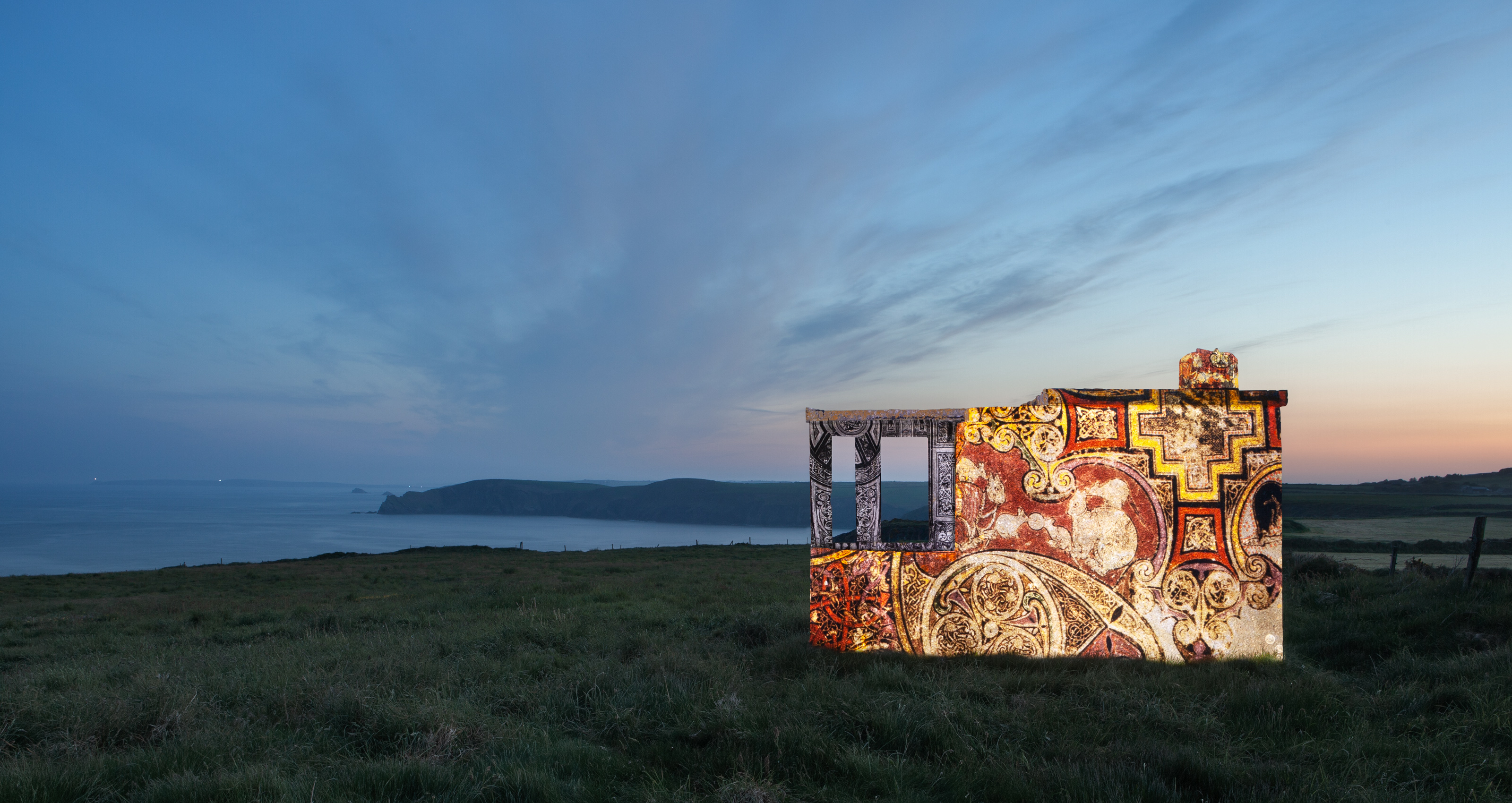 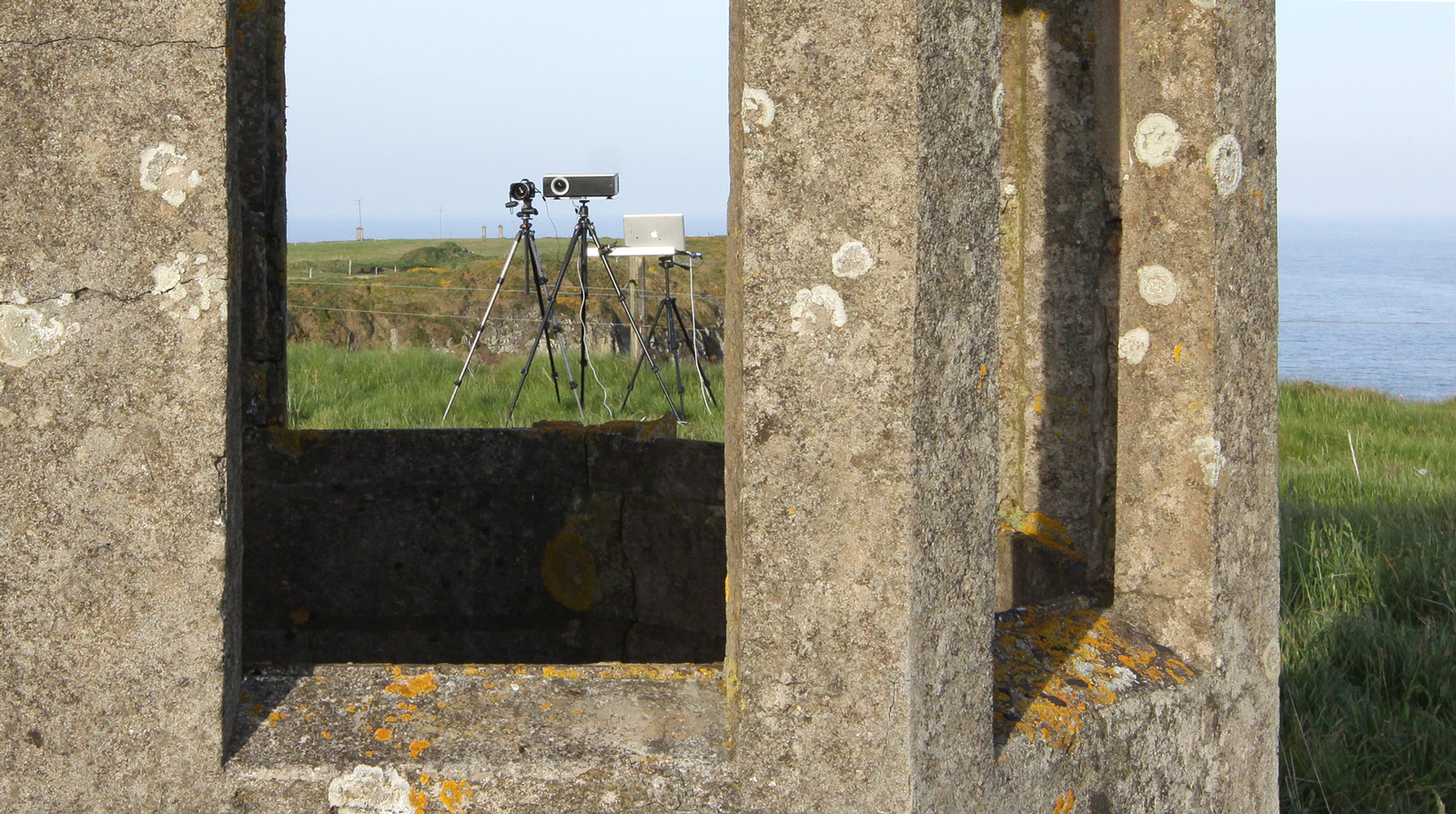 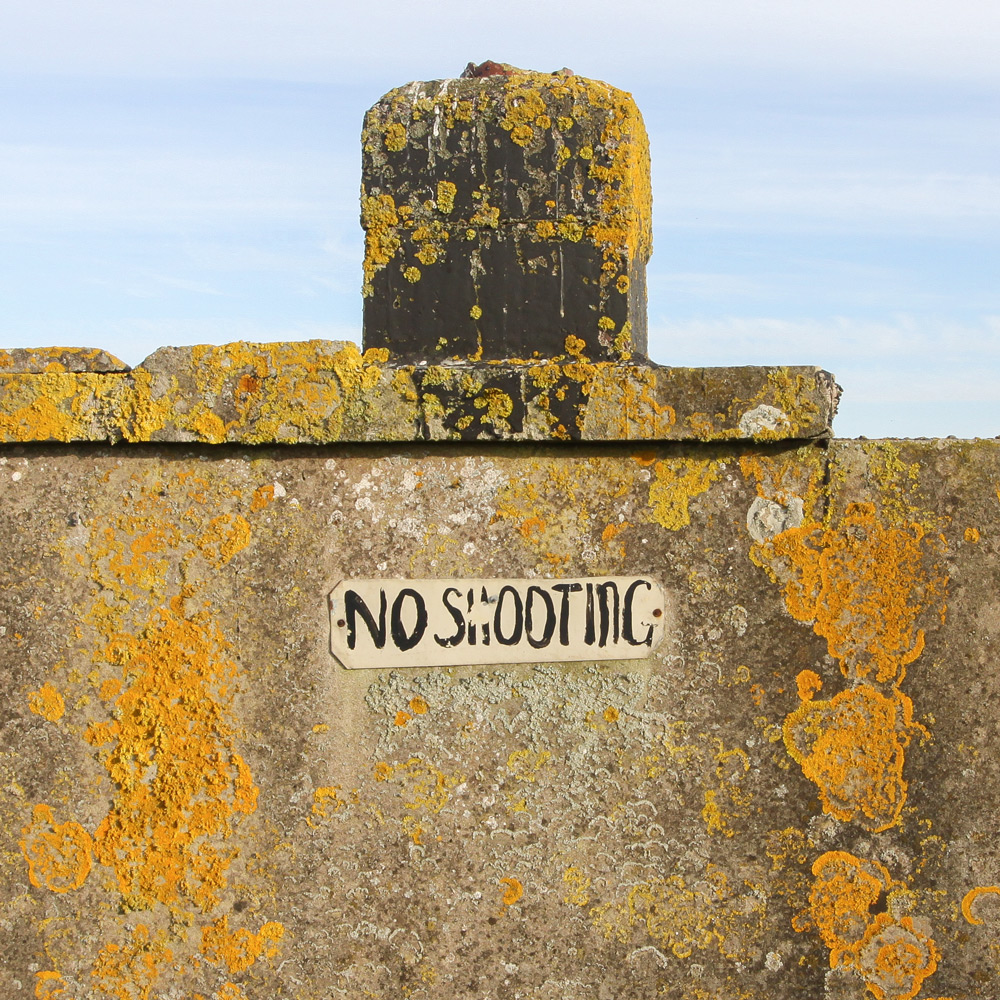 Flat Head The lookout post no.24 is located between Carrigagga Bay and Reanies Bay at the shore westward of the entry to Cobh harbor. The post situates close to the headland called Flat Head. It was the base for local volunteers that worked for coast watchers during the emergency. In three shifts up to 8 coast watchers observed this part of the shore. Today a sign on the back of the building reminds that shooting around the lookout is not allowed. For this light projection ornaments from the Book Of Kells was adapted on the structure of the lookout post. The broken windows made it possible to project a different ornament inside the building. In in the horizon the lighthouse from Old Head of Kinsale is visible. 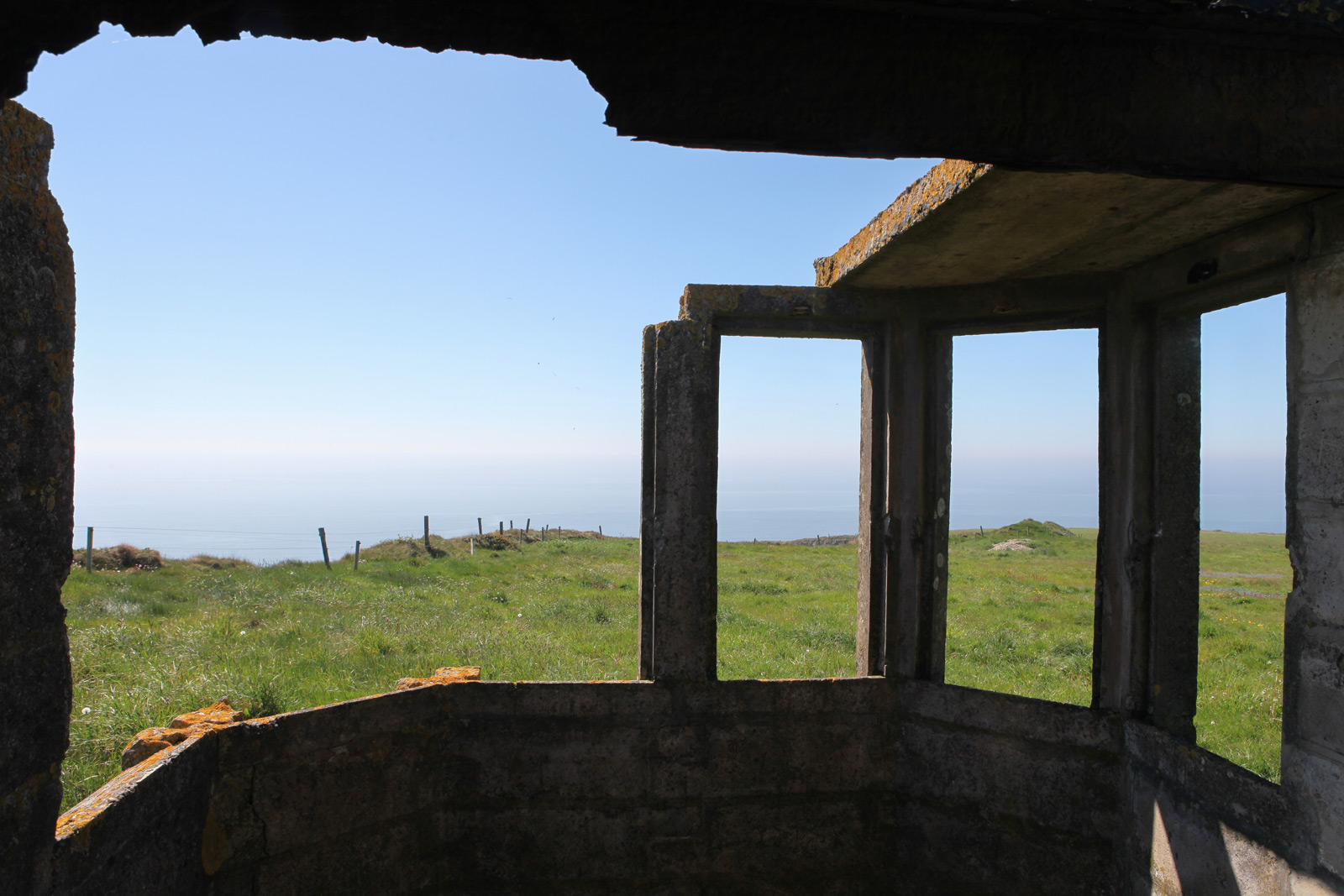