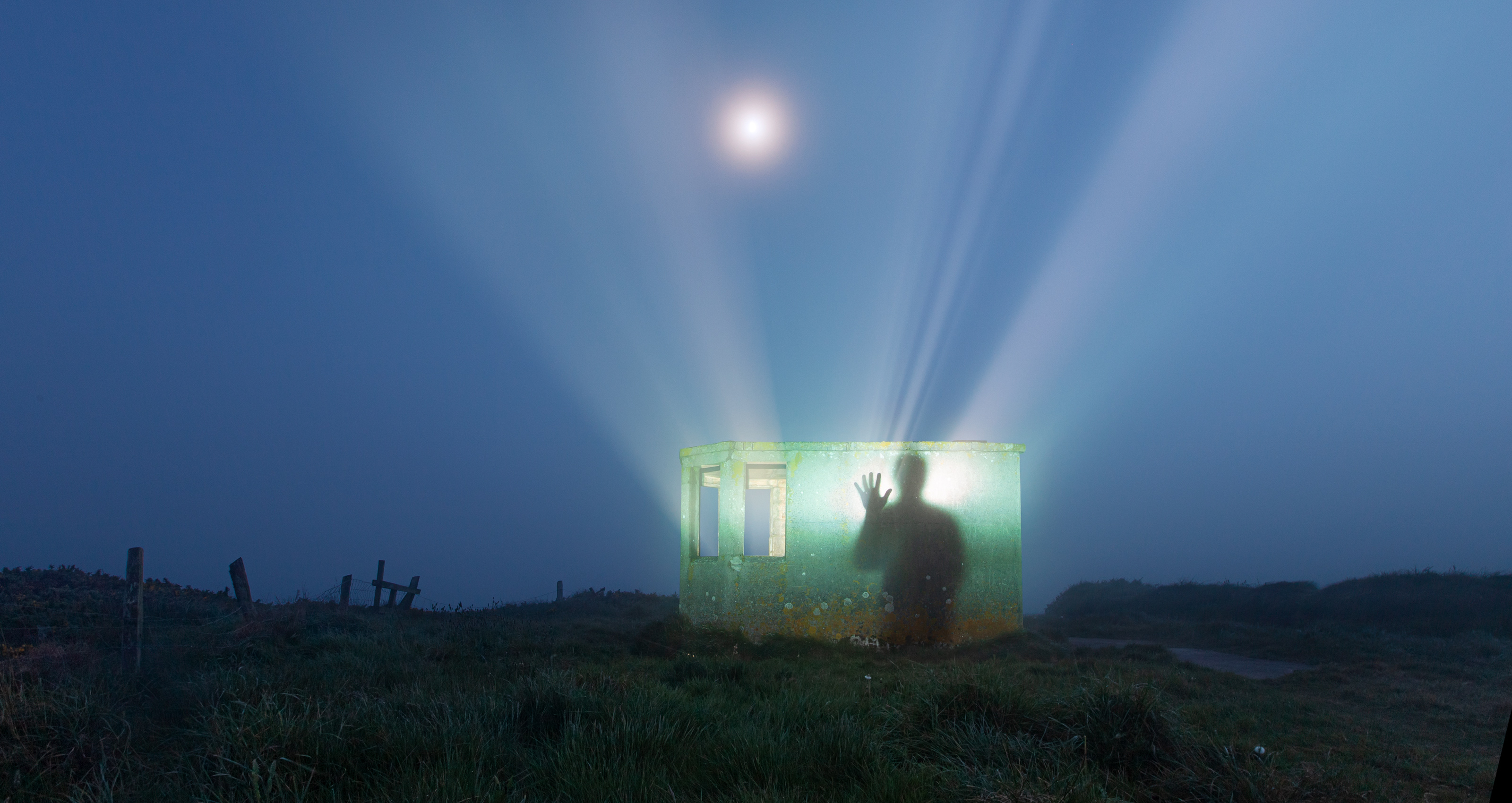 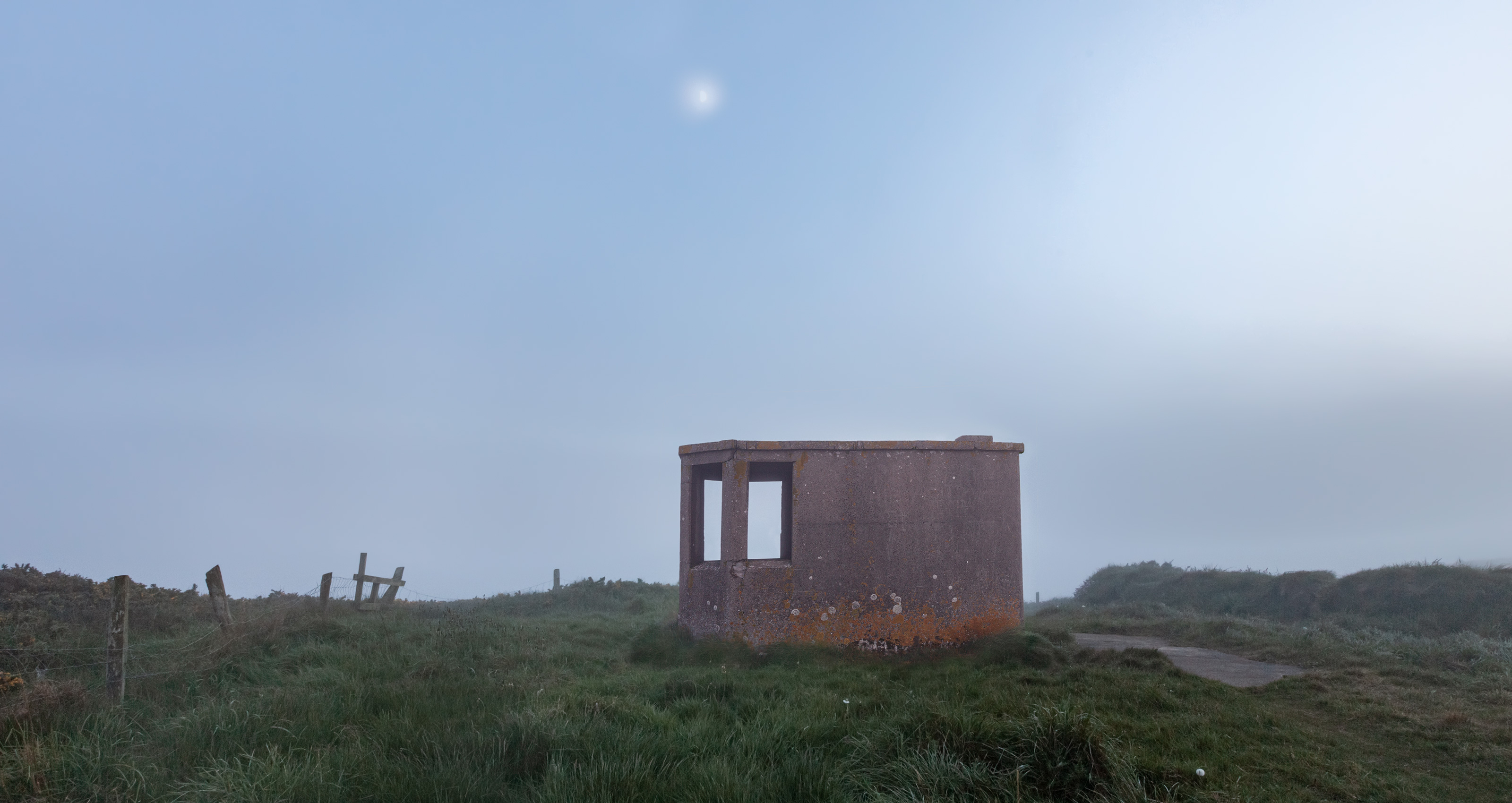 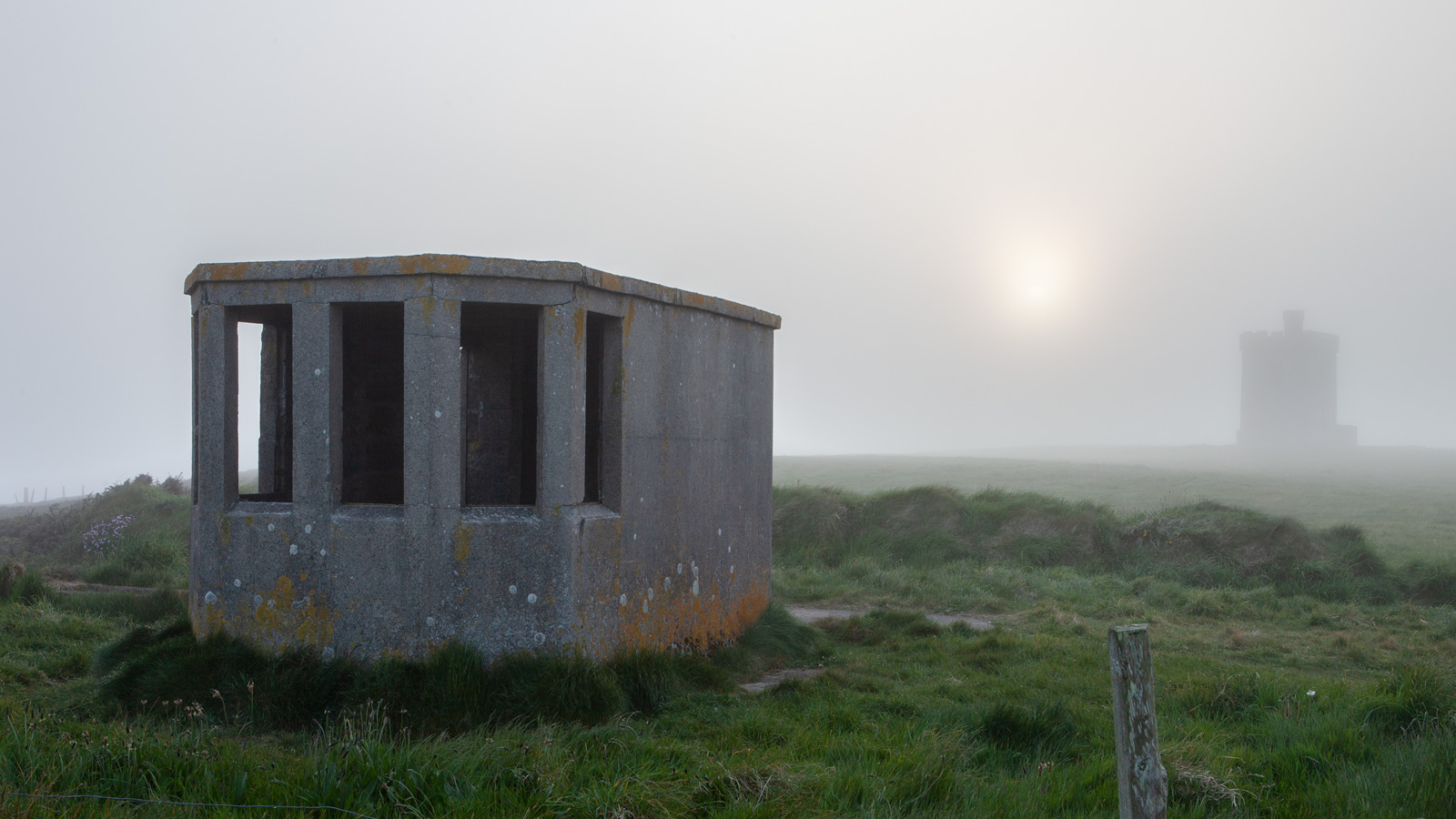 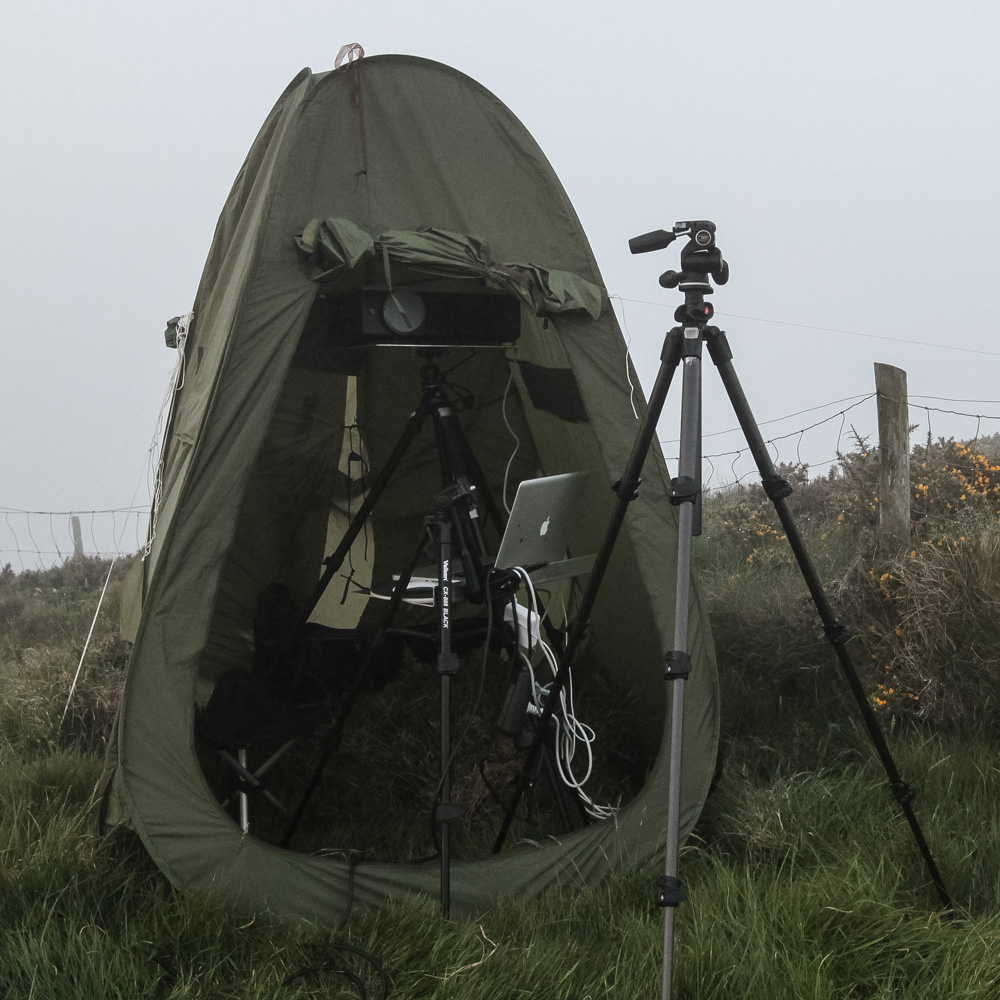 Ram Head This post is located close to Ardmore in front of a 19th century watchtower. The shore of county Waterford was hulled in mist for a couple of days during the visit. In fact of the situation the implementation of the light projection stand in focus to include the light rays from the projector in the documentation. There for a wide angle camera lens was selected and positioned direct under the projector. The result was the effect of a illusion that the rays came out of the lookout post and gave the photography an increased the depths effect of a third dimension. 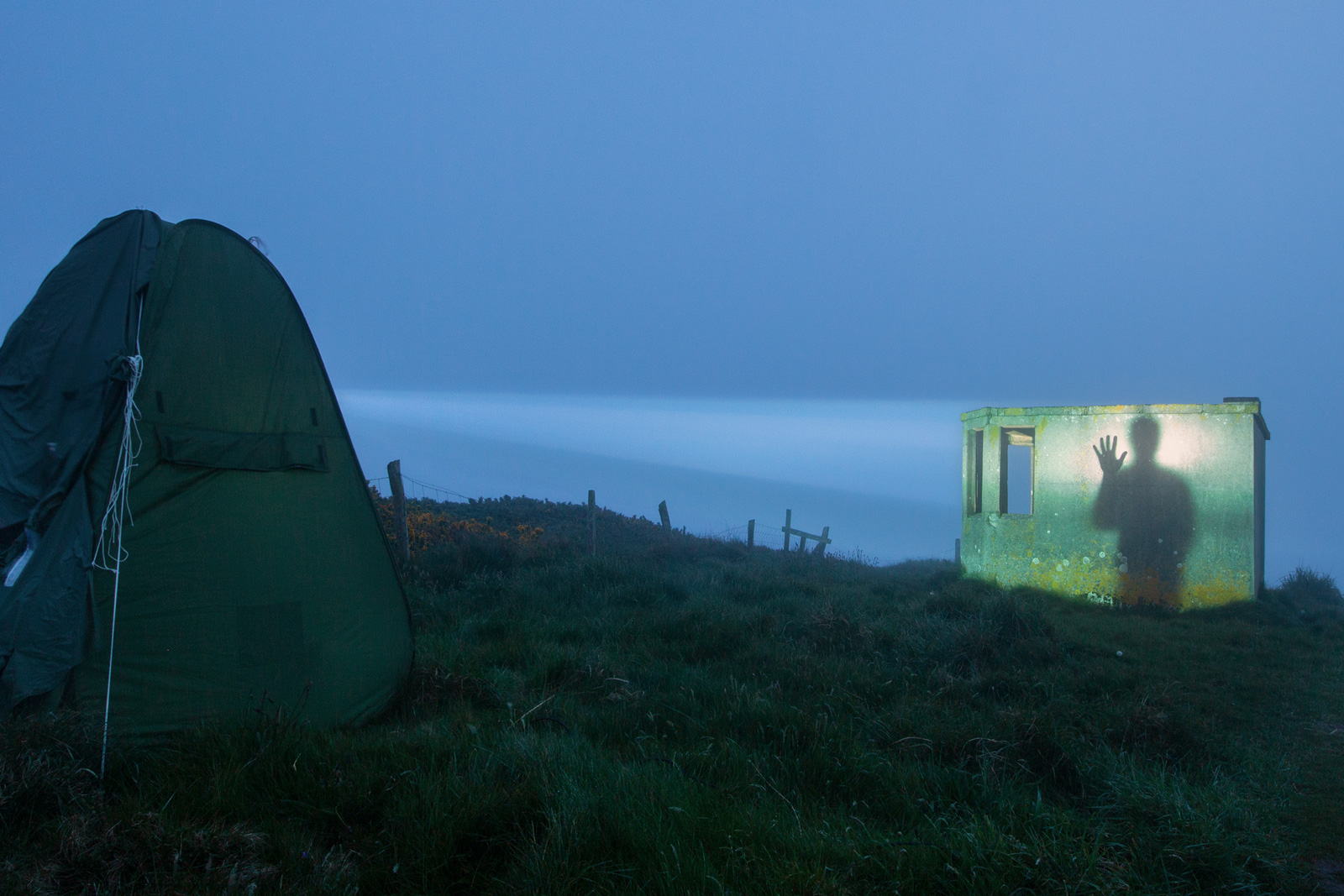