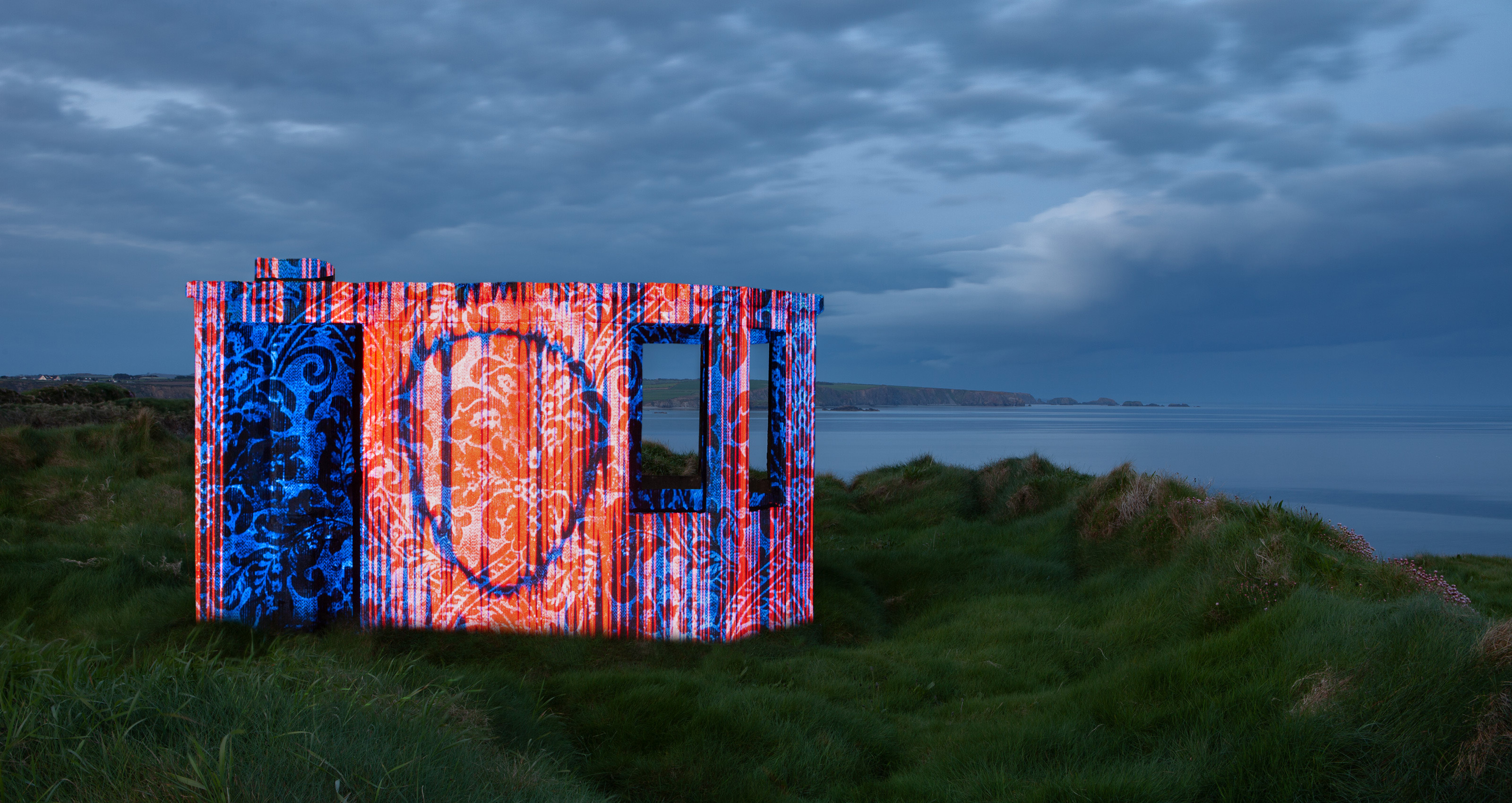 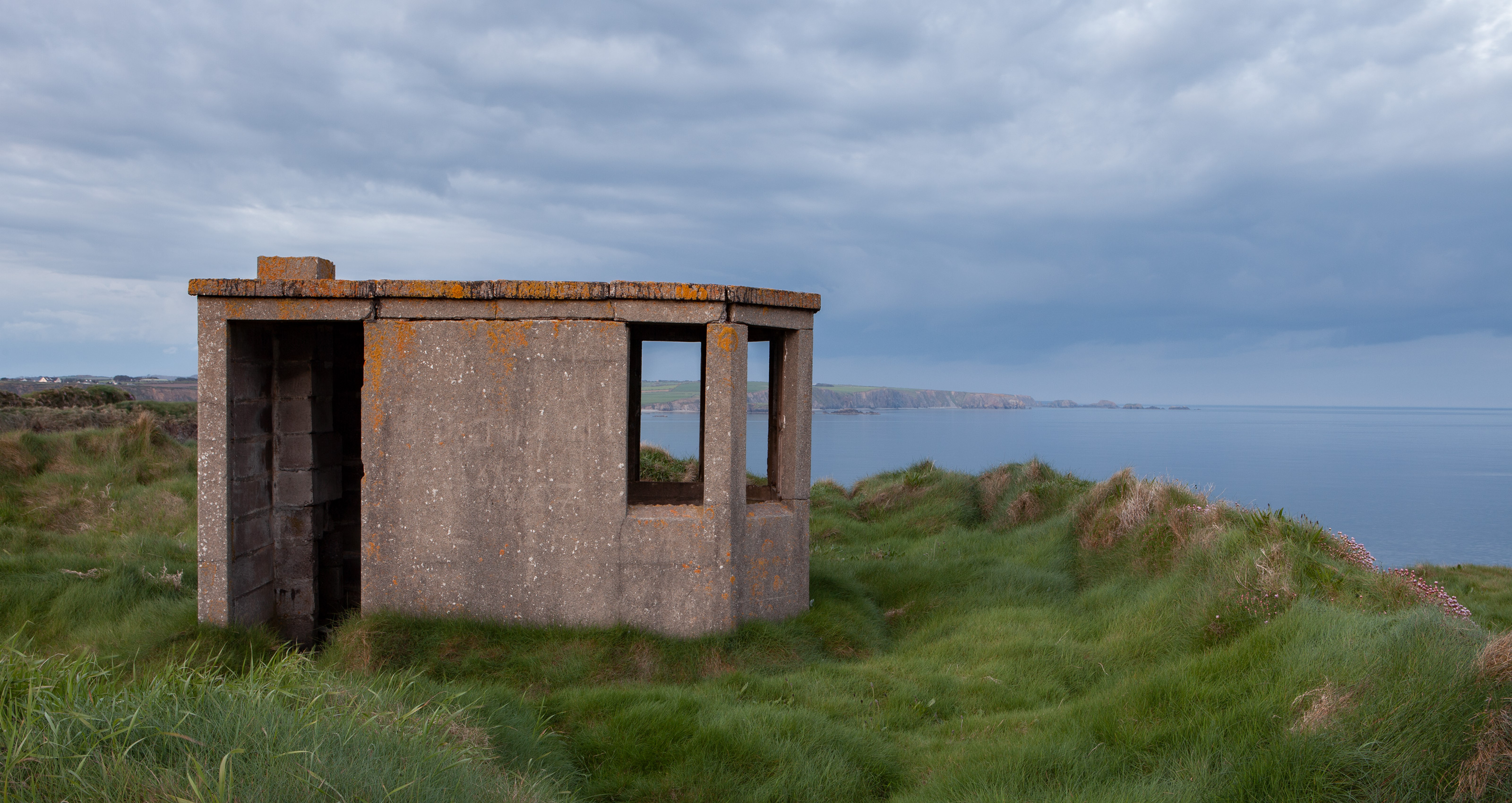 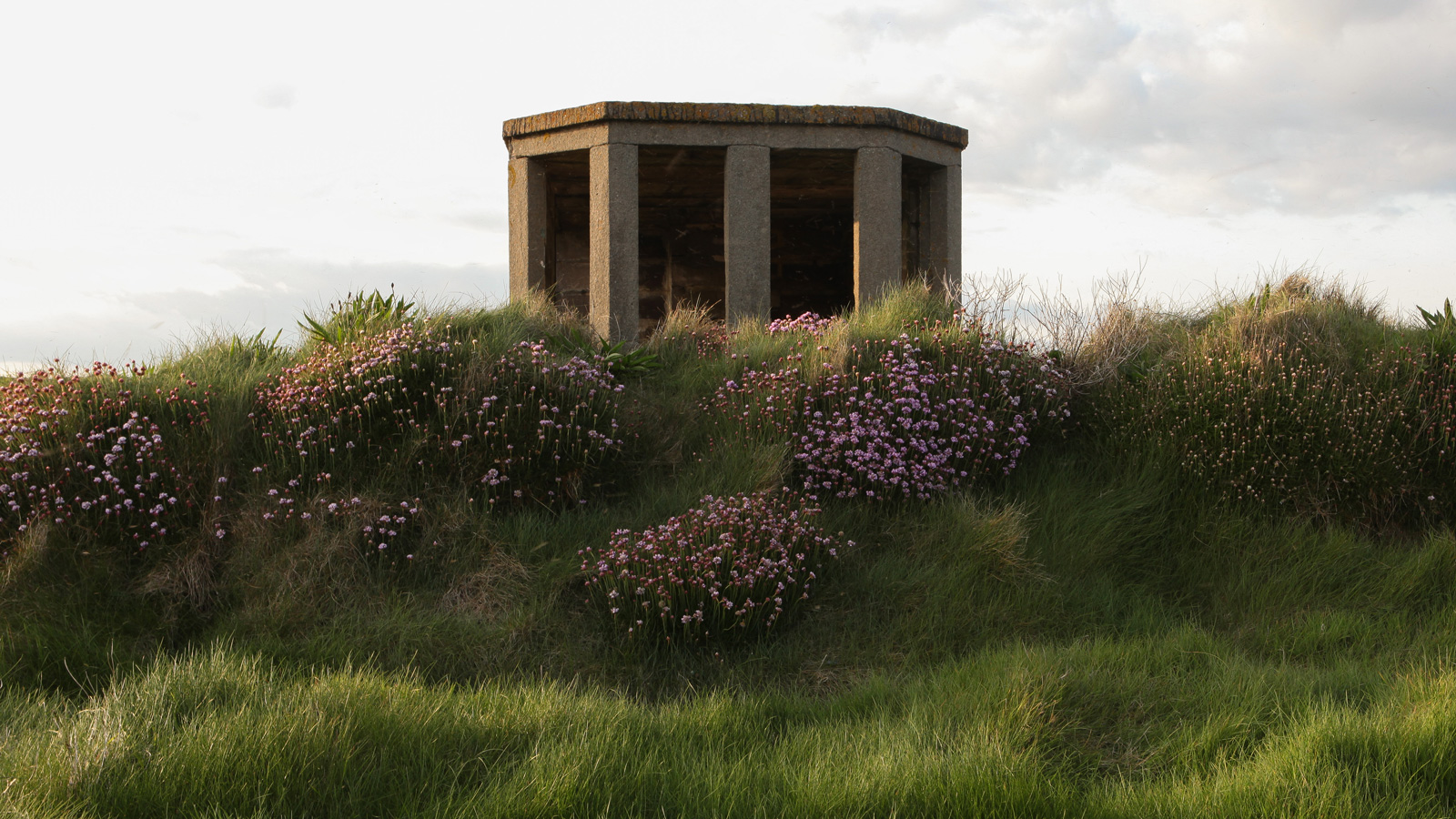 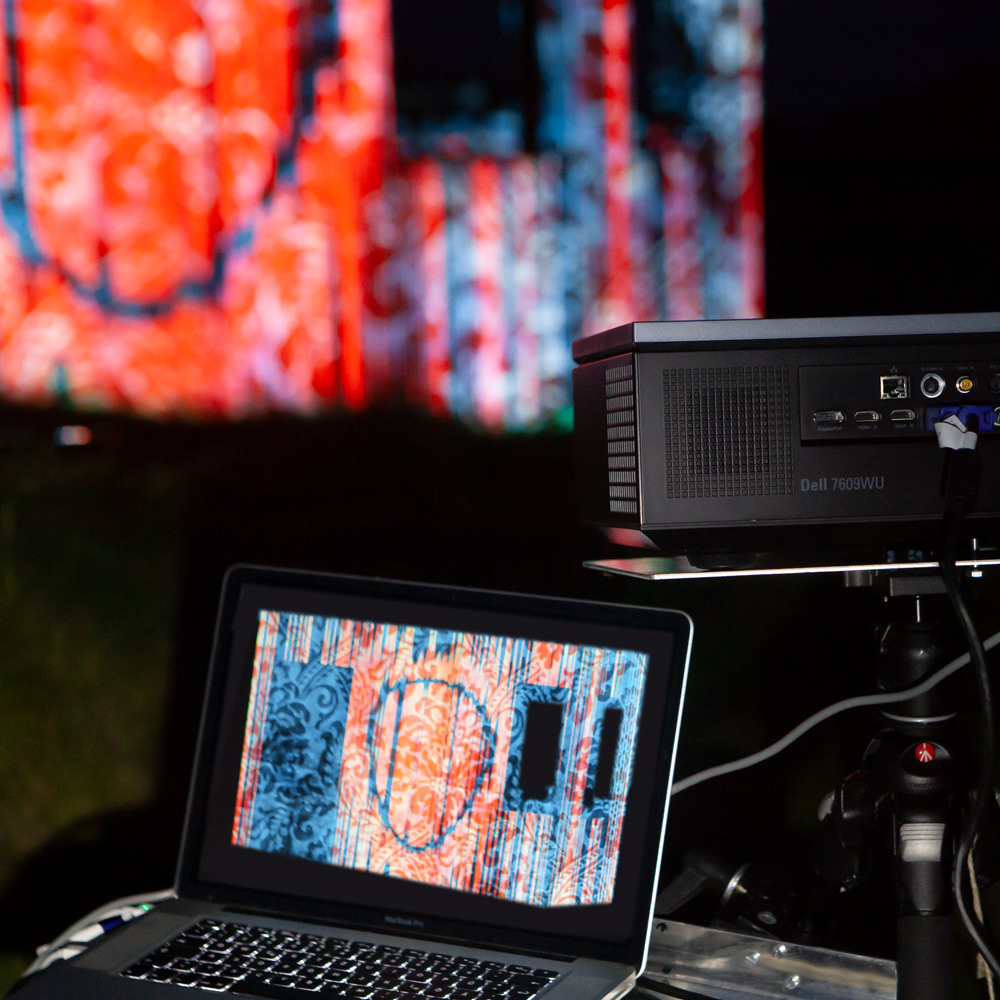 Dunbratton Head Close to Dunbratton harbor the lookout post no.18 is situated on a headland behind a camping era. The cost watcher from there had a view from the Annestown shore up to the Bunmahon Bay. The lookout post was connected by phone with the other posts that made it possible to share the observations of military actions. On the base of the coat watchers log books it was possible to retrace the path of movement of aircrafts and ships. At this light projection some self created pattern were adapted to the building during the blue twilight hour. 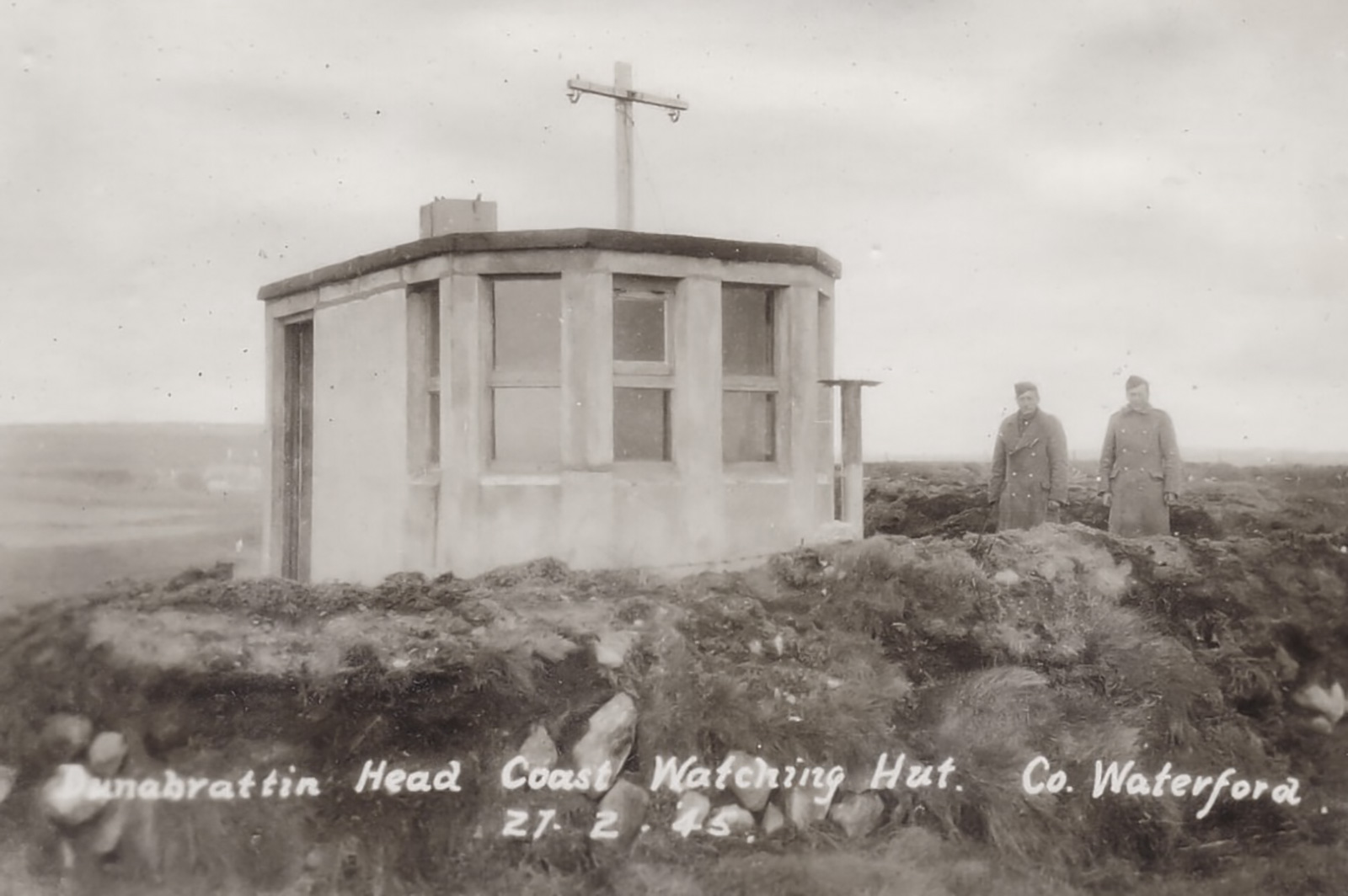