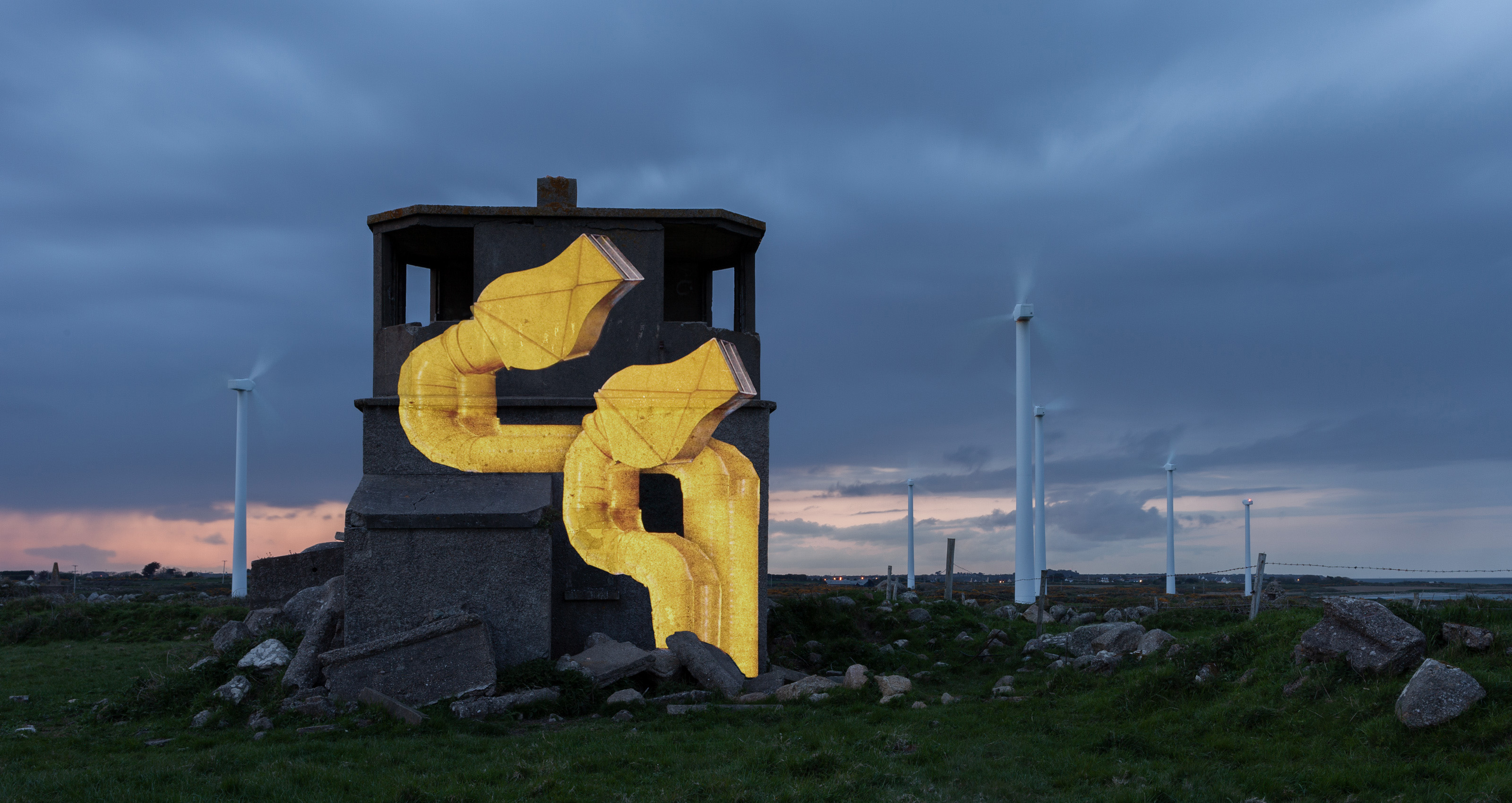 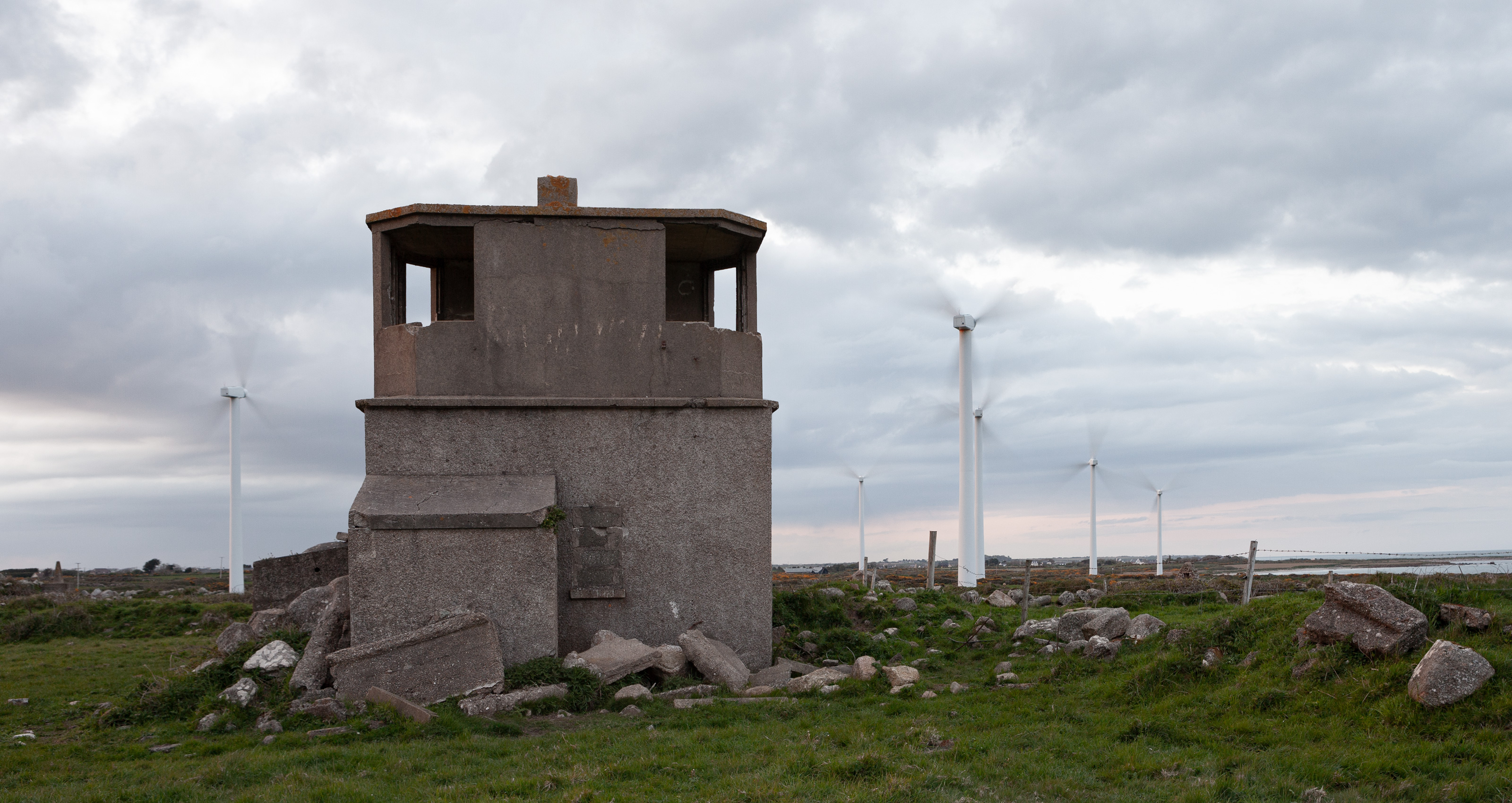 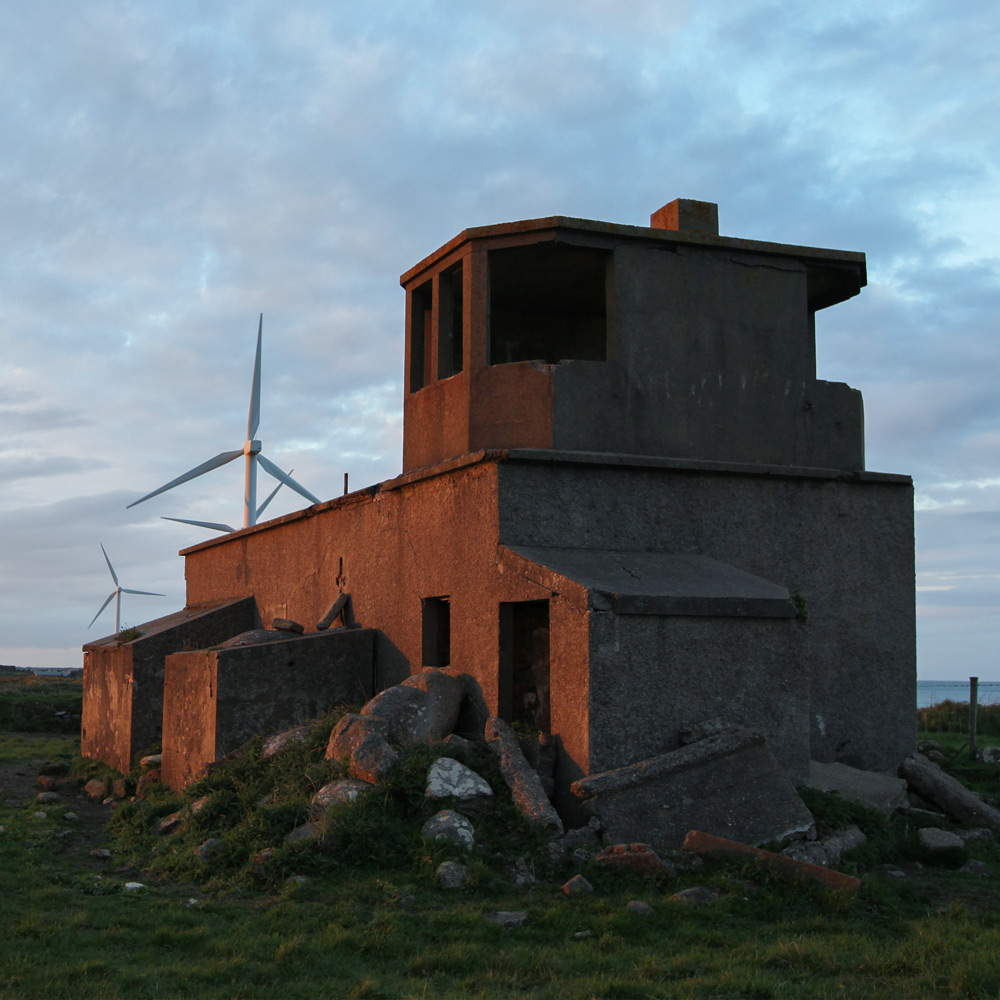 Carnsore Point The lookout post no.14 is situated within a windfarm between 14 turbines that was installed in 2002. In the seventy´s the place was a proposed location for a nuclear power plant but a public campaign against the proposed plan prohibit the implementation. The post was built on the roof of an existing building probably to have a better overview of the shore. The special feature of the construction are the two window sides that allowed an observation the shore in both directions. The breezy area and the huge turbines around inspired to project air ventilation ducts on this lookout post in allusion of a wind sources for the turbines. 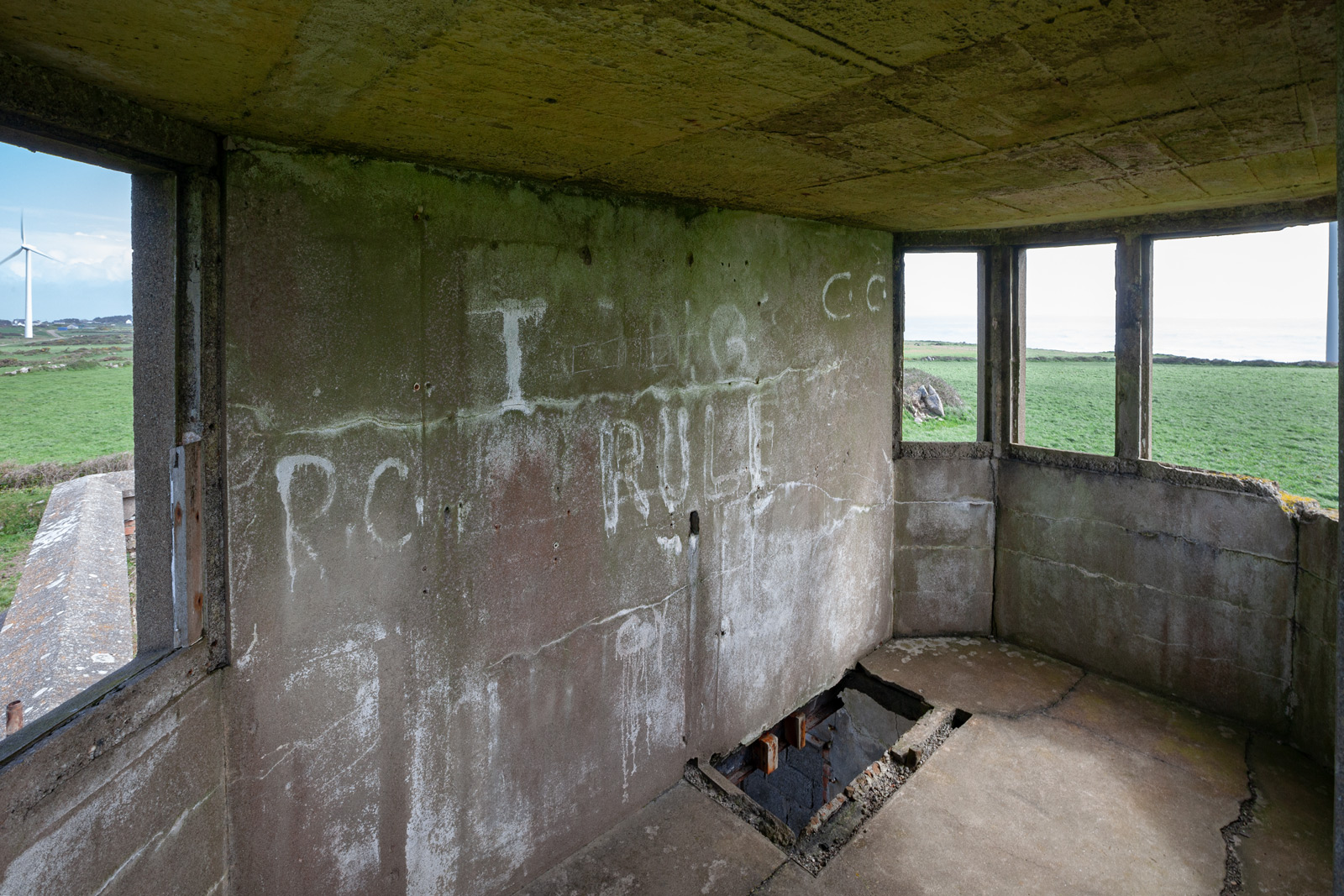