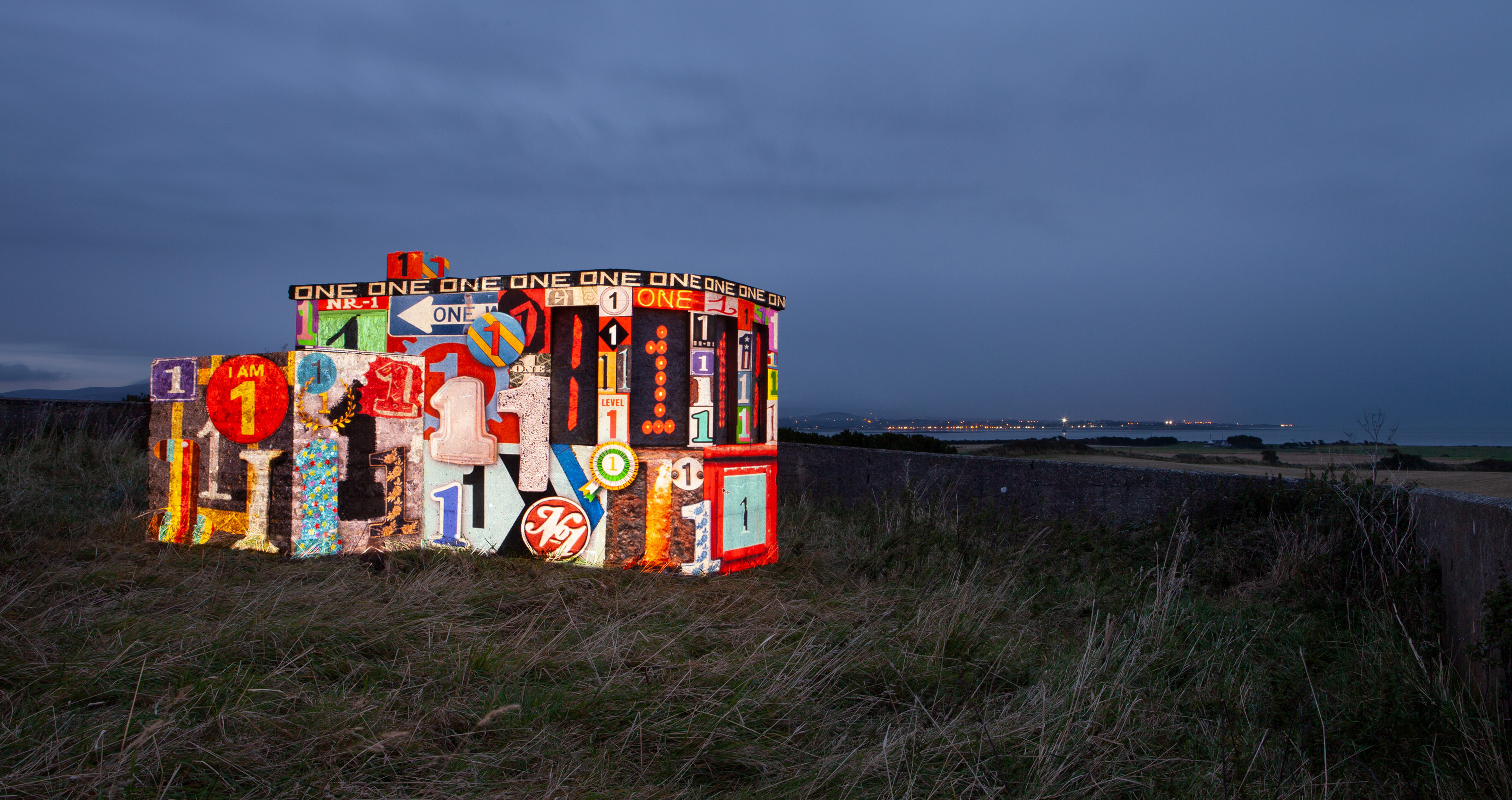 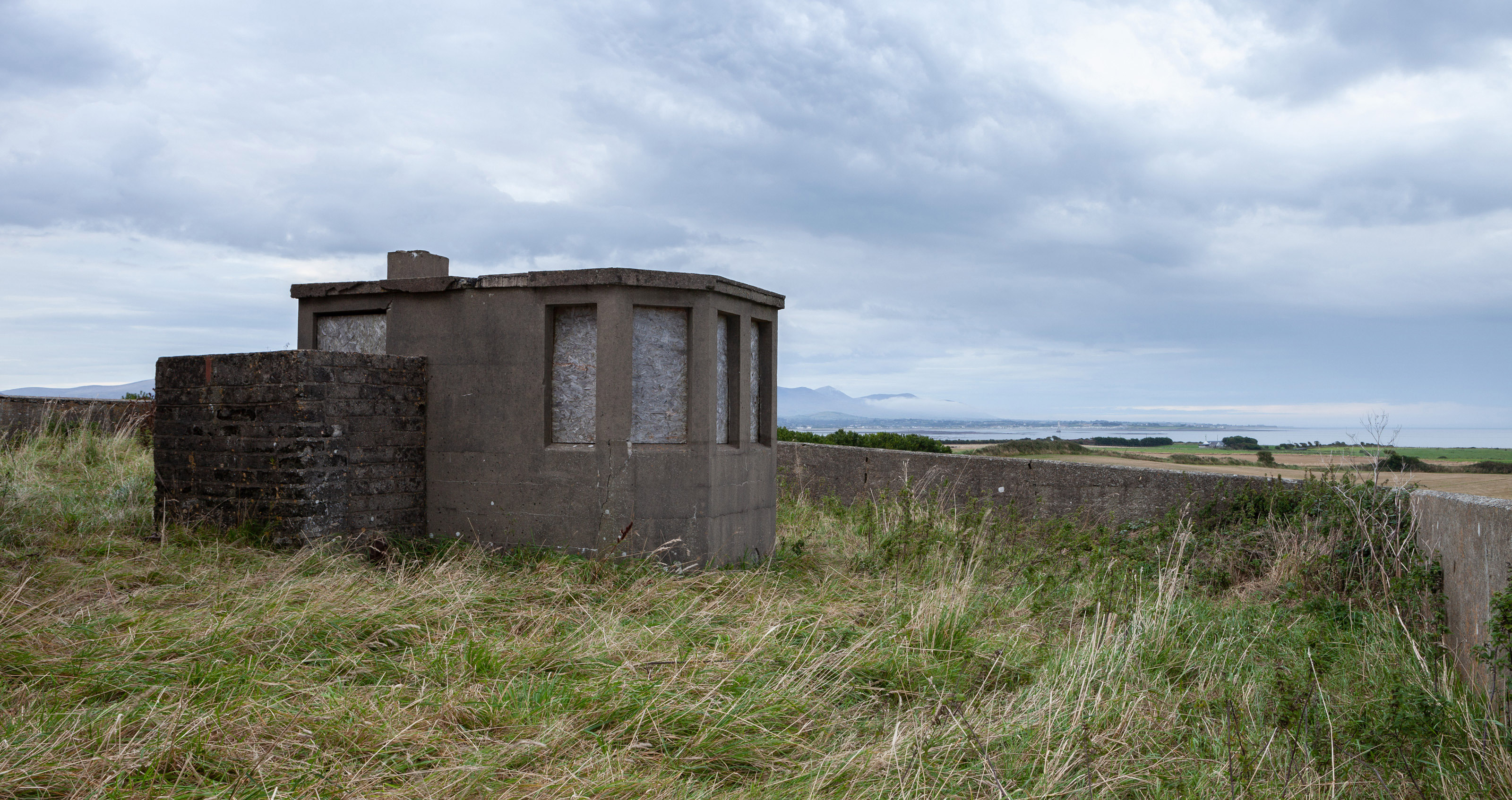 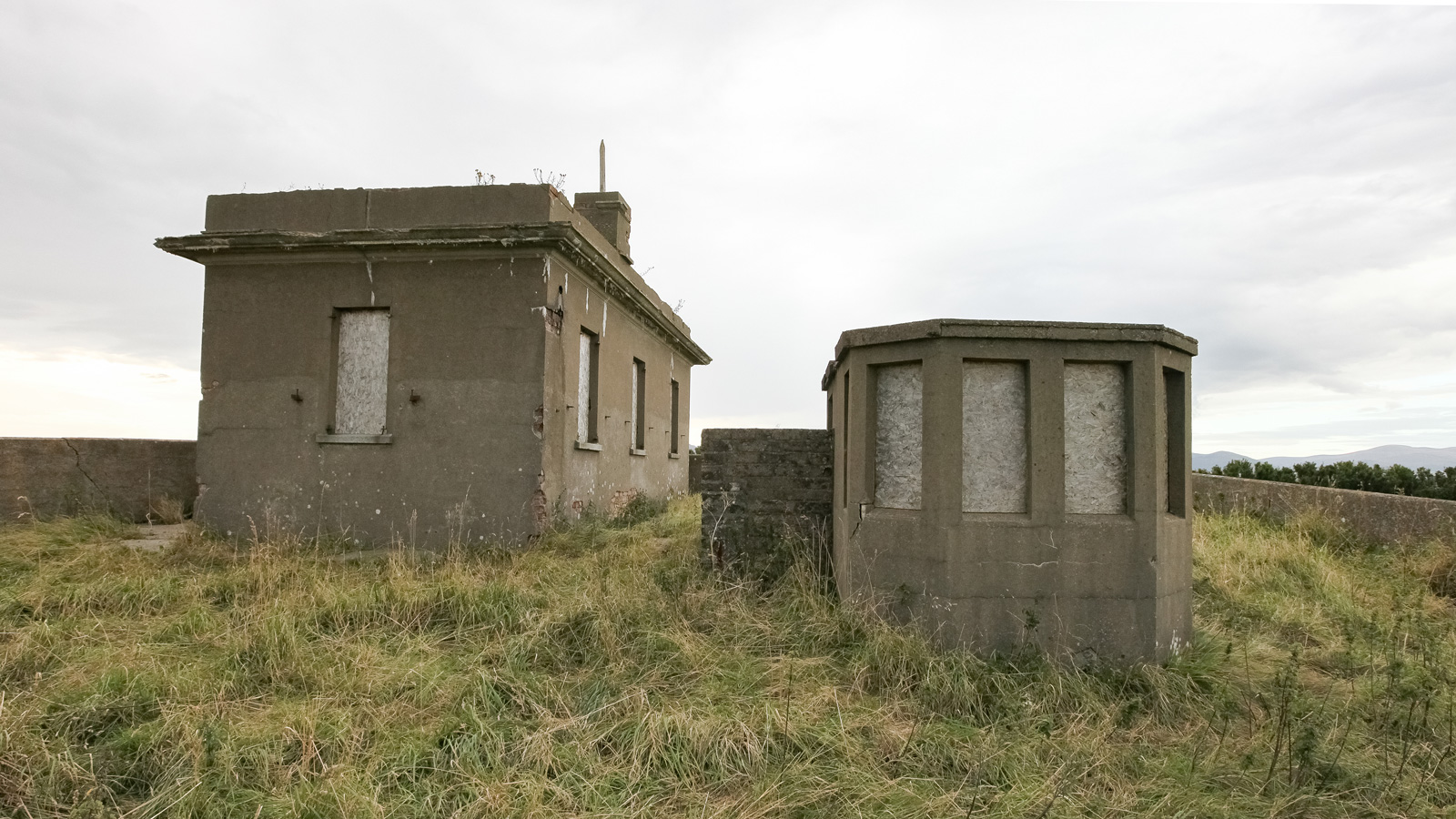 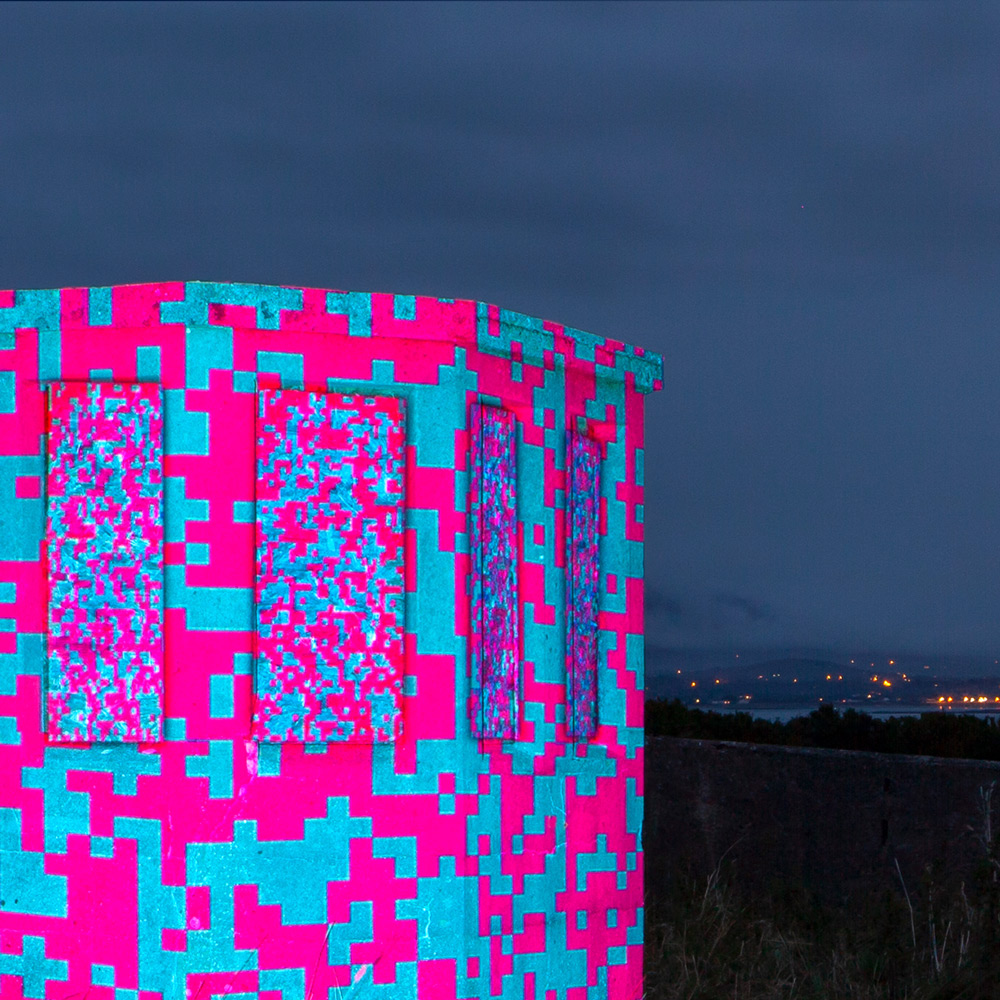 Ballagan Point The lookout post stands on a low drumlin above the coastal road and in the walled courtyard of the disused coastguard station. The position is close to the border to Northern Ireland and it was the northernmost post at the east coast of the Republic of Ireland. This post got the registration number no. 1 in a clockwise counting system of eightythree coast watching positions around the Republic of Ireland. The given number  was the inspiration for the light projection on this post. Some other artworks were also implemented at this first lookout post to find out the right balance between twilight and light projection.